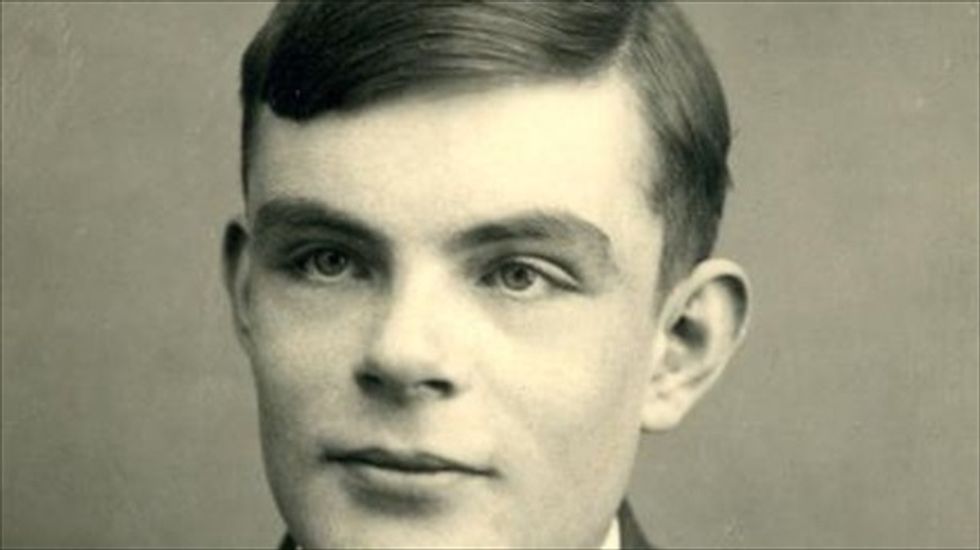 Computer visionary Alan Turing is rightly feted for his work in World War II which is credited with significantly shortening the conflict. But here’s something else we can thank Turing for – in a recent speech to the LGBT campaign group Stonewall, the director of Britain’s Government Communications Headquarters (GCHQ), Robert Hannigan, praised the growing diversity of GCHQ as: “a vibrant workplace … welcoming to all”.

The speech followed the announcement that the security service (MI5) had been voted Britain’s most “gay-friendly” employer by Stonewall, something that received much press attention. The speech was also an opportunity to say “sorry” for the victimisation of gay people in the service.

Of course, Turing’s case is well known – his conviction, sentencing and chemical castration for homosexual offences led to his suspected suicide in 1954 and has been the subject of considerable controversy ever since. In 2009, following a campaign including the gay rights campaigner Peter Tatchell, the then prime minister, Gordon Brown, issued an unequivocal apology for Turning’s treatment, describing it as “horrifying” and “utterly unfair”.

In his statement, Brown wrote: “We are sorry, you deserved so much better”. Turing also received a Royal Prerogative of Mercy – a royal pardon – in December 2013, following a further highly publicised campaign. The justice secretary, Chris Grayling, said it was a “fitting tribute to an exceptional man”.

While certainly welcome, the focus on Turing’s story has overshadowed the plight of other individuals in similar circumstances. In his speech to the Stonewall conference Hannigan referred to the case of “Ian”, a promising member of GCHQ’s staff in the 1960s. Despite his exemplary service and bright prospects, Ian was interviewed as a suspected homosexual, dismissed from his job and was transferred elsewhere in the civil service. Hannigan said:

[Ian] got no support from anyone in authority at all, even his union, and no-one ever followed up to check on his well-being or to show any compassion. Not surprisingly, his health suffered and the psychological effects of that humiliation were long-lasting … his prospects were cut short, curtailed because he was subject to what now seem completely archaic rules on sexuality.

Ian’s case is a reflection of just some of the hundreds, if not thousands, of individuals working in Britain’s defence sector who were persecuted for their sexuality in the post-war period. The introduction of “positive vetting” in the 1950s focused attention on so-called “character defects” – including drunkenness, gambling, schizophrenia, among others – but also homosexuality. Despite its decriminalisation under the 1967 Sexual Offences Act, homosexuals continued to be viewed as a security and disciplinary issue across Whitehall, the armed forces and intelligence agencies.

In the military, gay men and women continued to be subject to military law and, if guilty, removed from the services. In 1969 the Royal Navy’s director of security circulated the report: “Homosexuality in the Royal Navy - Security Aspects”, which said the issue was a “matter for concern .. in numerous ways – disciplinary, moral, health and security…” Particular emphasis was placed on “blackmail” by foreign powers.

Yet, despite the one-off case of Admiralty officer John Vassall, who had been compromised into sharing secrets with the Soviets, the fact remained that the issue of sexuality was often overblown and prone to traditional stereotypes – though, as in the case of “Ian”, it continued to have a significant personal impact on those accused.

John Vassall was blackmailed by Soviet agents into handing over secrets.

By the 1990s, the ban on gay people in the armed forces forced an estimated 60 service personnel to leave each year and was subject to legal action in the European Court of Human Rights, forcing the British government to lift it in January 2000.

The UK armed forces were not the only body to discriminate on grounds of sexuality. Ironically, in light of its “gay-friendly” award, MI5’s authorised history reveals that homosexuals were seen by officials as inherently untrustworthy and suggested that homosexuals were socially unstable, likely to stick together – the so-called “Homintern” – and at risk of blackmail. By the end of the 1960s, half of all vetting queries from Whitehall departments were homosexual related.

Recently released files to The National Archives detailing the fallout from the defection of diplomats Guy Burgess and Donald Maclean also show the Foreign Office’s obsession with sexuality, leading to measures that would blight the careers of many aspiring diplomats.

As in the United States, homosexuals were placed in a special category, though – unlike in the US State Department – the number of individuals removed from their posts appears to be much smaller. By the early 1950s, the number of “homosexual separations” in the department had reached hundreds. By contrast, while no overall figures are available, a memorandum by the head of the Foreign Office’s security department, Arthur de la Mare, identified just 26 cases of real or possible homosexual activity by October 1955 with only two cases considered the most serious, having the possibility to bring “discredit upon the Foreign Service”.

In several cases many of the individuals identified enjoyed long careers in the Foreign Service, their homosexuality being suspected but not confirmed, though others were not so lucky. The former diplomat Charles Crawford recalled a friend, Robert Facey, being driven to suicide because of the ban. Facey had been, recalled Crawford, a “quirky, brilliant diplomat … His life and career dissolved, and he committed suicide in 1989”.

As late as the 1980s, Whitehall was still implementing the recommendations of a Natonal Security Commission which identified homosexual tendencies as “character defects”:

… which may remain latent or manifest themselves in a broader gamut of forms from inconspicuous stable relationships through promiscuity or exhibitionism to paederasty.

But gradually it dawned on the security services that it was these very attitudes that rendered gay people susceptible to pressure. The ban on homosexuals was eventually removed in July 1991.

The cases of Ian, Facey – and the hundreds of unnamed individuals blighted across the armed forces, Foreign Office and intelligence community – are a small section of the 49,000 individuals prosecuted for gross indecency in post-war Britain. Frustratingly – unlike Turing – we know very little about the experiences of gay men and women forced out of their careers because of their sexuality. While the recognition of past wrongs by GCHQ is certainly welcome, should other government departments be just as forthcoming in saying sorry?