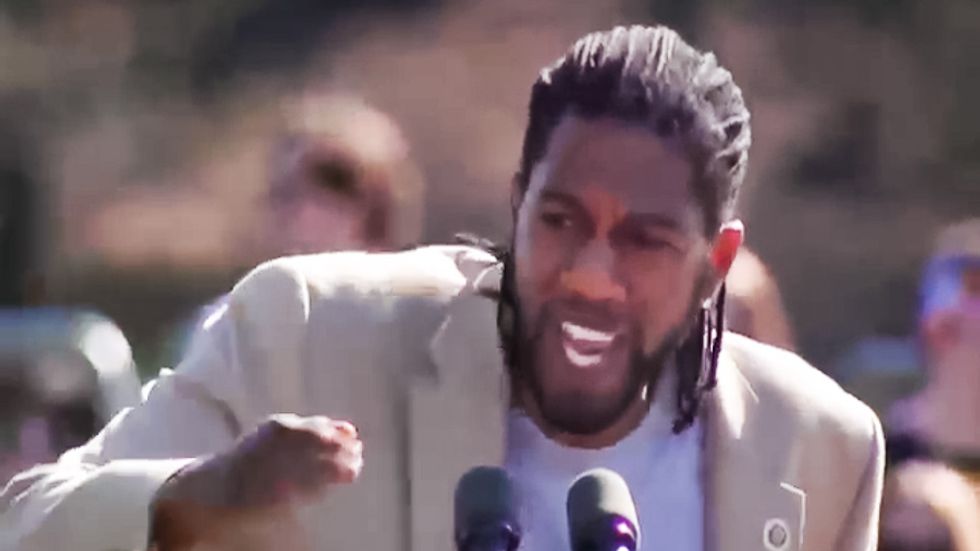 New York City Councilman Jumaane Williams fired up a crowd in Brooklyn over the weekend with a rousing endorsement of Sen. Bernie Sanders for president.

"What [New York Daily News] said about Bernie Sanders is that he is at war with reality," Williams told a large group of supporters in Prospect Park on Sunday. "And I thought to myself, 'You're goddamn right."

According to the councilman, the Sanders campaign represented a "political revolutionary moonshot.”

"From an eight-hour workday, to no child labor, from LGBT rights, to women’s suffrage, from the Civil Rights movement, to freeing the slaves, were all revolutionary moonshots," he insisted. "In fact, the birth of this nation was a revolutionary moonshot. The people who say it cannot be done, please move out of the way of the people who are doing."

"I’m proud today to endorse the next president of the United States of America, Senator Bernie Sanders, who will bring the revolutionary moonshot, baby!" Williams concluded.

Jumaane Williams' endorsement begins at the 7:45 mark in the video below.