Colbert cringes as Carly Fiorina sings: 'It's like Disney gave the wicked stepmother her own song' 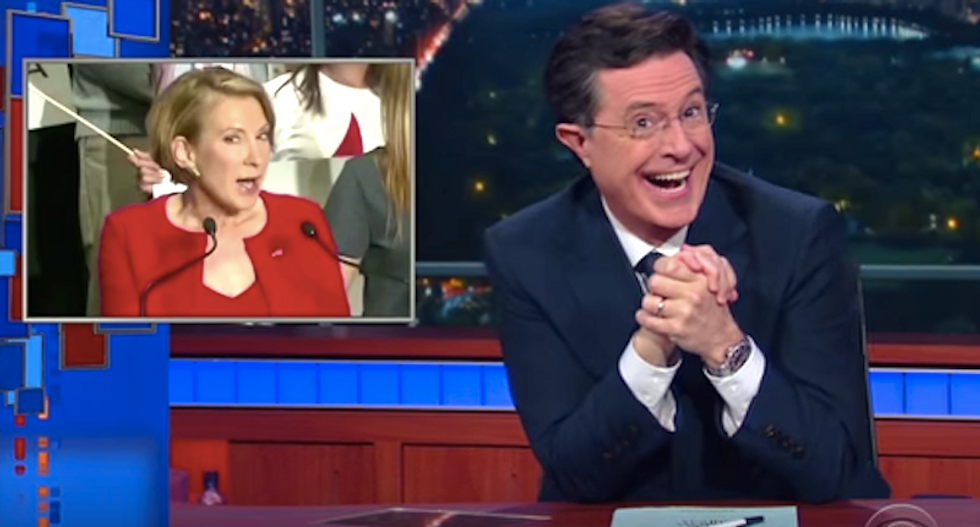 Stephen Colbert mocked Ted Cruz for selecting Carly Fiorina as his running mate after suffering another round of devastating primary losses.

"That is bold," Colbert said. "After Tuesday's huge wins by Clinton and Trump, Bernie Sanders saw the writing on the wall and laid off hundreds of staffers. Meanwhile, Ted Cruz saw the writing and covered it up with a 'hang in there, baby' poster."

The "Late Show" host said Fiorina, the former CEO of Hewlett-Packard, was "clearly honored to accept this important job that will never exist."

He showed video footage of Fiorina professing her love for Cruz's family, and she broke into several awkward verses of a lullaby about her running mate's two daughters.

Colbert cringed as he listened and bit his fist in horror.

"It's like Disney gave the wicked stepmother her own song," he said.