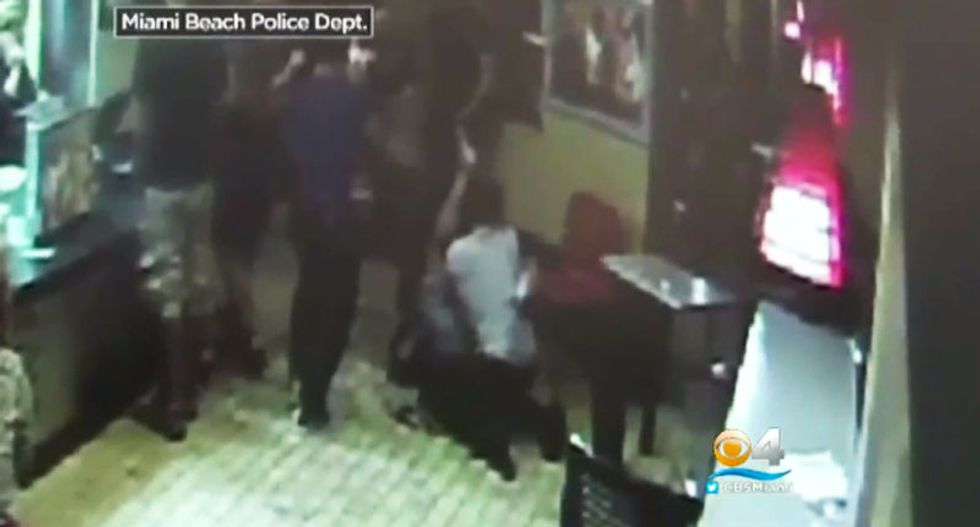 Florida police are looking for up to three men involved in an attack on a gay couple at a South Beach Burger King after the two men kissed, CBS Miami is reporting.

According to police, the couple were visiting from Los Angeles when the altercation broke out at the Miami fast food restaurant, with one of the visitors tackled and beaten on the floor while one of his accomplices held onlookers back during the fight.

25-year-old Jordan Schaeffer and his partner, 25-year-old Eric Danko explained they had kissed when one of the attackers made an "using derogatory" comment which, in turn, led to the assault.

The attacker can be seen wrapping his legs around Schaeffer while pummeling him as Danko was blocked from assisting him.

Police believe that the attacker may have some knowledge of martial arts.

“The subjects in this case happen to be gay individuals and that’s part of our investigation to see what provoked that attack,” stated Miami Beach police officer Ernesto Rodriguez who added, “There is no room for hate anywhere.”

Schaeffer suffered lacerations to his lip during the March 14 attack which police are pursuing as a felony battery.

Watch the video below via CBS-Miami: