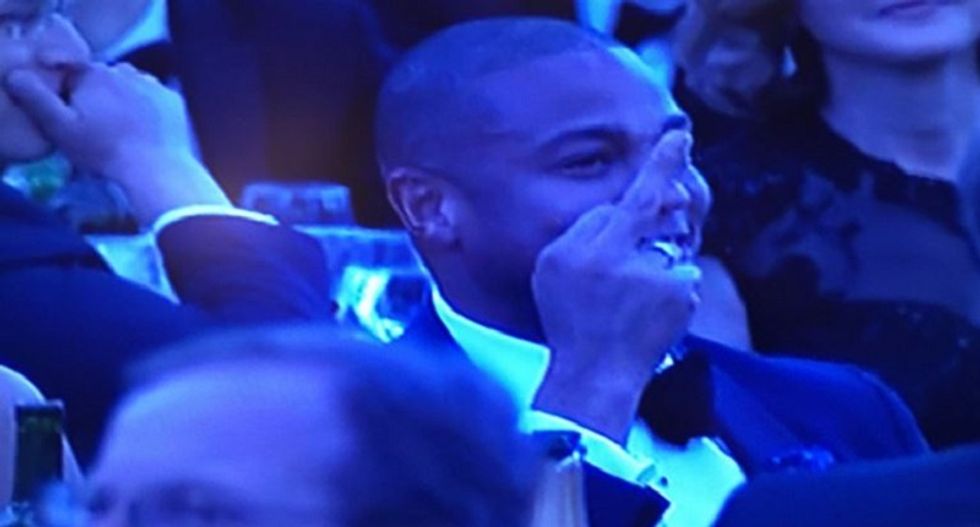 Wilmore was poking fun at Don Lemon, who he called an "alleged journalist."

Lemon laughed, but he also responded by flipping Wilmore off.

Watch the exchange, as posted, here: