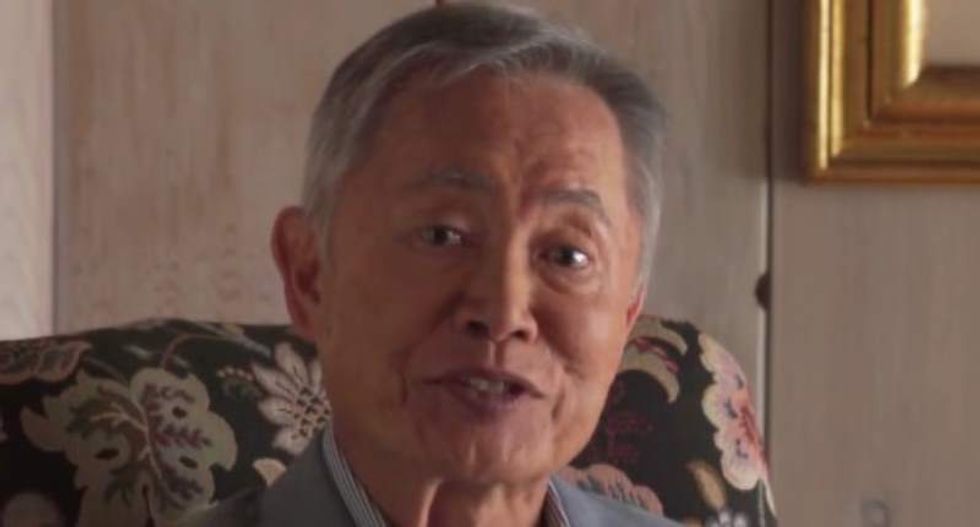 "Ultimately, we Democrats know that a bit of a tussle isn't a bad thing -- it makes us stronger. Keeps us sharp," he said. "And really, it's like a family squabble, where only family -- those very close to us -- can truly get under our skin. But remember this, too: it's precisely because we like and respect each other that the words and criticisms sting as much as they do."

Takei released the video a day after Clinton scored victories in four out of five primaries over Sanders. The Star Trek and Allegiance star had voiced his support for Sanders earlier in the campaign.

In the video, he noted that both candidates agree on issues like womens' reproductive health, LGBT rights advocacy, separation of church and state and supporting the Affordable Care Act. He also recalled Sanders' statement last November that if Clinton won the general election, she would be "an infinitely better candidate and President than the Republican candidate on his best day."

"If Bernie believes that, his supporters can, too," Takei said.

Takei did, however, rebut a fan's suggestion that he serve as vice president, saying that the position wouldn't give him "as much time for cat memes," as seen below:

Watch Takei's remarks, as posted online on Wednesday, below.