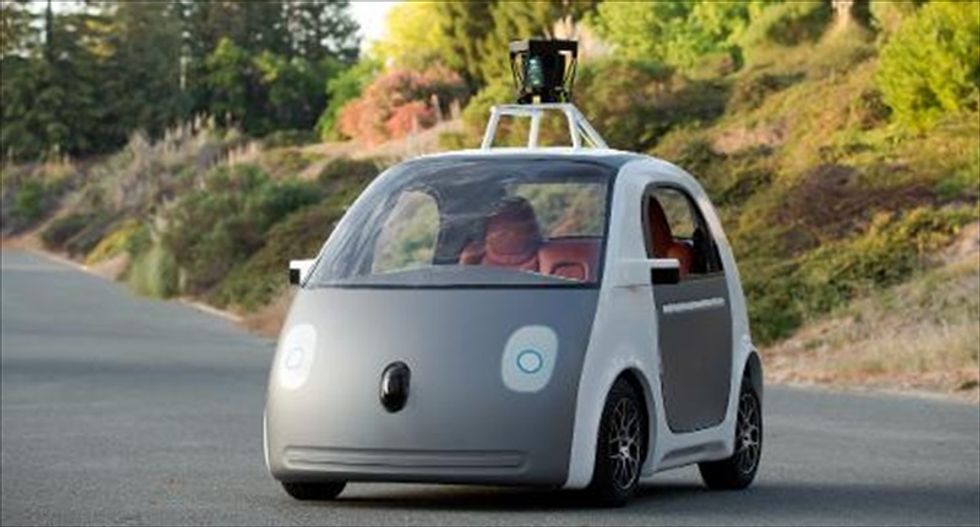 Google and Fiat Chrysler Automobiles NV are close to agreeing on a partnership that could break boundaries between Silicon Valley and the auto industry in the race to develop self-driving cars, people familiar with the discussions said on Friday.

The partnership could be announced soon, three people familiar with the situation told Reuters on condition of anonymity because the discussions were private. The talks were first reported Thursday by the blog AutoExtremist.com.

Google, a unit of Alphabet Inc, and Fiat Chrysler declined to comment.

Google has said that it does not want to build self-driving vehicles on its own and has explored alliances with auto companies, but none have been finalized. Fiat Chrysler Chief Executive Sergio Marchionne said this week the company was in talks with an advanced technology company, but offered no details.

Executives at other auto makers, including Ford Motor Co, General Motors Co and Daimler AG, have expressed wariness about alliances with Alphabet or other technology companies that could relegate them to the role of hardware suppliers. Auto executives have said they do not want to stand by while Alphabet reaps richer profits from the data generated by vehicles and their passengers.

GM has signaled that it plans to go its own way on driverless car technology, moving to buy self-driving vehicle startup Cruise Automation.

On a conference call after Fiat Chrysler issued quarterly earnings on Tuesday, Marchionne repeated that he was interested in partnerships with Google or Apple Inc.

"Dialogue continues with people who are interested in exploring their relevance in the automotive world and we will continue to help them find their way out," Marchionne said in response to a question about working with non-traditional automakers.

John Krafcik, a former auto executive who heads Alphabet's self-driving car project, made a public pitch for partners in January at a conference in Detroit in January. Fiat Chrysler officials in Michigan and Italy have declined to comment on speculation that Google's technology could eventually be offered on the new Chrysler Pacifica minivan launched in February. Marchionne and other FCA officials are scheduled on May 6 to visit the Windsor, Ontario plant that builds the Pacifica.

Among the models that Alphabet has been using in its self-driving project is the Lexus RX450h, a hybrid sport utility vehicle, made by Toyota Motor Corp.