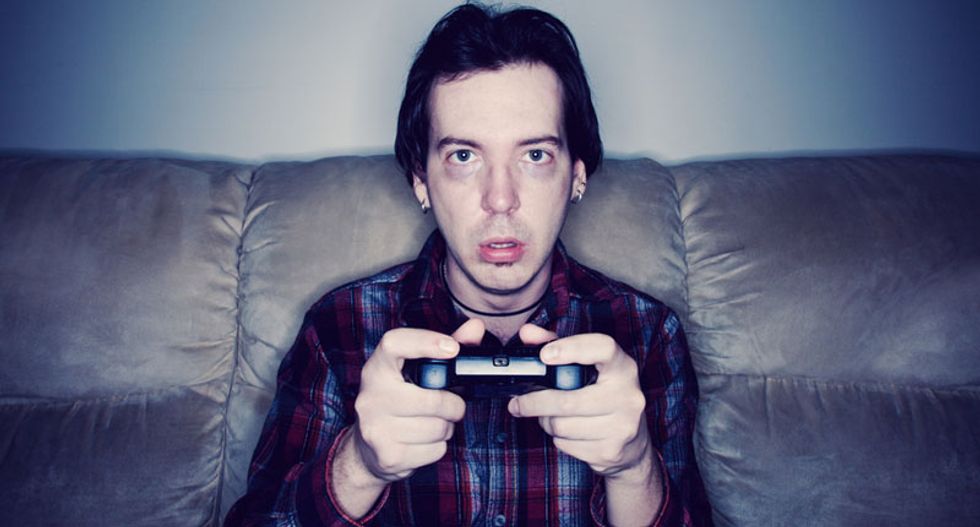 From mis-timed jumps to save point mishaps, here are the gaming errors we all make again and again

There are some mistakes that we make habitually. We can’t help ourselves. Even as we’re doing it, a part of our brain is screaming: “This is absolutely the wrong thing to do.” But somehow, before we know it, we’ve gone ahead done it; we’ve bought a ticket to see Batman v Superman.

Sometimes those things happen in games too. It doesn’t matter how experienced you are at Call of Duty, there are moments you think you can take out several incoming players at once by charging at them with your pistol and two bullets in the clip. Even if you’ve been playing Tomb Raider games for 10 years you’ll still occasionally walk up to a gigantic chasm and think, I wonder if Lara can survive that fall? And then you discover that she can’t. And the last checkpoint was several miles back.

Here then, are some classic gaming errors from throughout history. Add your own “favourites” in the comments section.

This is the archetypal platforming error: you know you mustn’t hit jump until a single pixel of Mario’s foot is over the edge – but then during the run up, the adrenaline kicks in, your fingers start twitching and before you even know it, you’re pressing the button ... far too early, sending our moustached hero plunging into the abyss. For the 24th time. You sigh heavily wondering if it is possible to snap a Super Nintendo controller in half with your bare hands.

“Yeah, it’ll fine to approach this hairpin turn at 115mph then hit the brake just before the apex, what could possibly go ... oh my god, my car is a write-off.”

You’ve been practising as Ryu for two weeks, you know all his key moves, you can perform them without even looking at the controller. Then your mates comes over for a Street Fighter tournament, and you’re all ready with your devastating combo attack, involving several quarter circle turns and an array of punches. The moment comes. Ryu will be glorious. Ryu will be victorious. Ryu will ... do a weird little jerky dance that you’ve never seen before in your many hours of intensive training. Ken kicks him in the face. Ken wins.

“You are in a jail cell with bars that are just too narrow to squeeze between,” says the intriguing new graphical adventure that you’ve just bought for your ZX Spectrum. “On the table in front of you is a bottle labeled ‘shrinking potion’. What now?” For weeks, you enter different verb noun combinations: drink potion, consume potion, sip potion, quaff potion. Eventually, drawn by your sobs of frustration, the rest of your family gets involved. “Have you tried ‘gulp’,” says your grandad over the phone from Hitchen one night. Nothing works.

Thirty years later you find the game on an emulator. You load it up, type in “swallow potion”, and you’re through to the next room in an instant. You stare at the monitor for several hours quietly repeating to yourself, “I wasted my childhood”.

It’s fine, it’s all fine. You have five bullets, you have your knife, and if anything wounds you, there are three medipaks back there in the antechamber. It’s perfectly safe to go into this unexplored area and ... SURPRISE ZOMBIE! Oh sweet Jesus, what’s the aim button? What’s the aim button?! Oh no, you’ve equipped the feather duster instead of the pistol – why did you even have that in your inventory? The zombie is edging closer. If you could just combine the gun with the ... too late.

The grenade of certain doom

You are playing Call of Honor: Modern Fighting. “Hey I can take out a whole roomful of enemies with this grenade,” you think. “I just need to prime it and ... wait what’s the throw button? Oh yeah, that’s it. OK, eat this! Oh no, the grenade has bounced off a previously invisible structure just above my head and is now lying at my feet. Do I have time to pick it up and throw it again?” [Sound of loud explosion] “No. No I do not.”

You’re 20 hours into a vast role-playing adventure entitled Final Dragon Fable XVII. At the beginning, the game let you select from a number of different character classes; you could have gone for Mighty Warrior, Wise Sage, Eagle-Eyed Archer or Dread Warlock. But you didn’t. Feeling impish and contrary, you opted for “Wandering Minstrel”. Now, facing a gigantic Level 40 hell dragon whose fiery breath has just destroyed a large village, your decision is looking much less amusing. You desperately search through your special powers for the most devastating option. It turns out to be “plaintive ballad”. It fails.

The delayed game save catastrophe

You can definitely get past this section of the game before saving, it’ll be no problem. I mean, all you have to do is slaughter the orc army, then dodge the poison arrow traps, then take on the end-of-level boss monster.

But four hours later, the boss kills you – with only a slither of health left on its own life gauge. “Restart from last save?” sneers the game menu. Some part of your brain allows you to fantasise that you actually did hit save, right after slaughtering that 300th orc warrior.

Then the game restarts. At the very beginning of the level. You die a teeny bit inside.

The showboat to hell

It’s the last few seconds of your Fifa 16 match between Norwich and Barcelona. The score is 1-1, but your striker is charging toward the Barca penalty box with no defenders nearby and a clear shot on goal. You’re about to take the champions league title back to East Anglia, but more importantly you’re seconds away from beating your best friend who always plays as Barcelona – and always wins. But not this time. Not this time, Messi. It’s all over, it’s ... Hey, why not chip the goalie? He’s off his line, he’s foundering, you know the right buttons – what better way to underline the immensity of your impending achievement? They’ll be talking about this for years. You press the Skill Moves button and shoot.

The ball sales over the cross bar. The whistle blows. After extra time, Norwich loses on penalties. For the rest of the week, whenever your mate sees you eating, she asks: “Do you want chips with that?” You think perhaps this friendship has run its course. Also, you may never play video games again.

President Joe Biden's son has asked federal investigators to look into how allies of Donald Trump came into possession of personal data that was used against his father during the campaign.

NBC News reported Wednesday that Biden's lawyer have sent letters to the Justice Department National Security Division asking for a probe into "individuals for whom there is considerable reason to believe violated various federal laws in accessing, copying, manipulating, and/or disseminating Mr. Biden’s personal computer data."