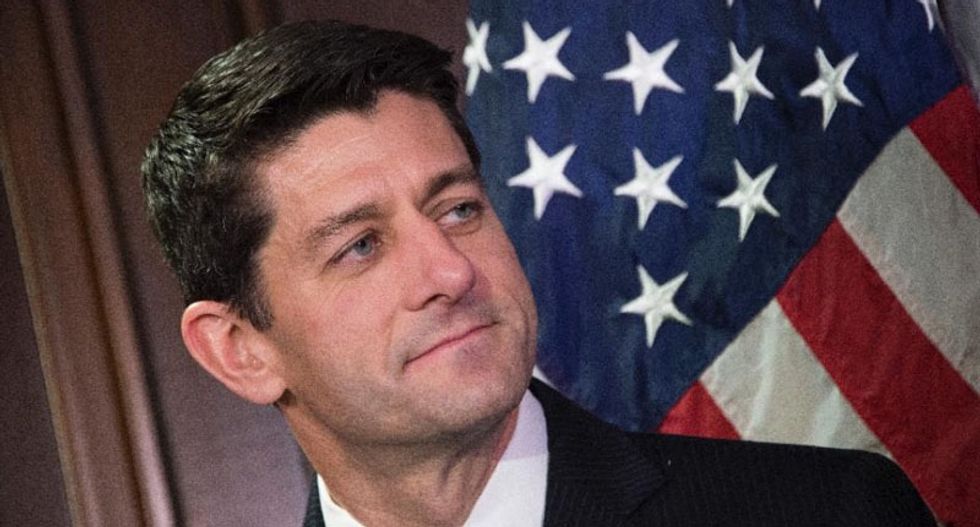 Speaker of the House Paul Ryan, pictured on November 3, 2015, called for a pause in a White House program to settle Syrian refugees in the United States (AFP Photo/Jim Watson)

A likely choice?  Recycling 2012 GOP vice presidential nominee Paul Ryan -- who has more than one path to the White House.

Republicans are looking for someone - anyone -- to take the lead, and with Texas Sen. Ted Cruz unpopular with colleagues in both the Senate and the House, Ryan would be an oasis of calm following a primary season that has turned into a circus.

According to poll guru Nate Silver, there is a 63 percent chance that the GOP will not pick a candidate on the first ballot, which is bad news for Trump, and good news for a more palatable candidate like Ryan who recently took over the House Speaker spot.

He added, "I am not going to become the president through Cleveland."

Well, yes and no.

Let's say that Ryan grudgingly acquiesces for "the good of the party" and accepts the nomination.

With Trump not entirely ruling out a third party run should the nomination be "stolen" and handed to Ryan, and with a growing faction of Bernie Sanders' voters saying #BernieOrBust, it is possible that voting might splinter in such a way that no candidate garners enough electoral votes to win.

According to the U.S. Constitution, if no candidate receives a majority of electoral votes, the House of Representatives elects the president from the three presidential candidates who received the most electoral votes with each state delegation getting one vote.

A likely candidate: the guy at the Speaker's podium in a GOP controlled House -- giving Ryan two shots to win.

Farfetched? Not in a primary season that saw the dramatic rise of a democratic socialist from Vermont and a bullying New York businessman running a campaign based upon insults.