How lions, leopards and livestock are affected by racism 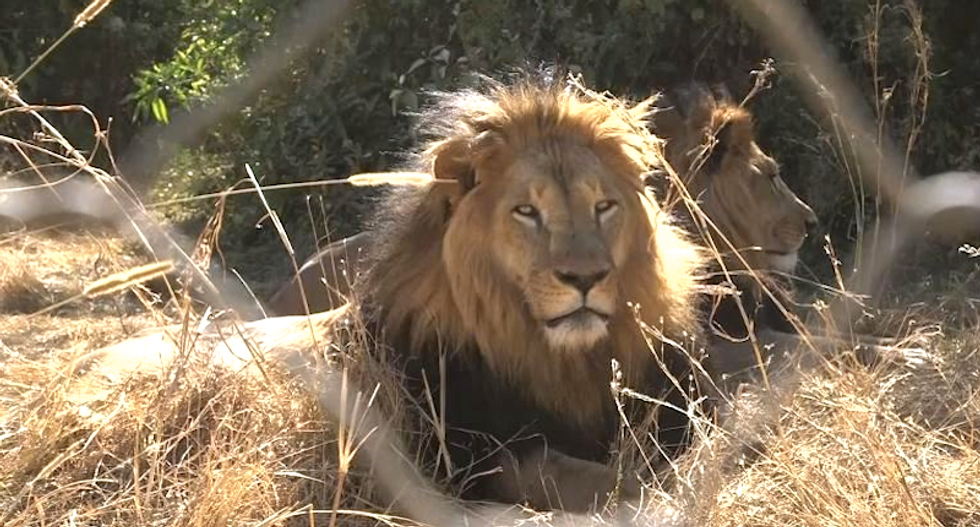 An Abyssinian lion, rescued from captivity at an early age, pictured in the Ethiopian chapter of the Born Free Foundation, a conservation group (AFP)

Predators such as lions and leopards are becoming more populous in Namibia due to the success of recent conservation measures. But these wild animals are causing increasing problems on livestock farms, as some of them prefer to eat beef steak for dinner rather than gamey venison. This, unsurprisingly, annoys ranchers, who can turn to their guns for a short-term solution.

Conservationists have been trying to reduce this “human-wildlife conflict” for decades now. They’ve dabbled with livestock-guarding dogs to scare away predators, put up fences to keep livestock away from wild animals, given compensation to reimburse farmers for killed cows or sheep and even marketed “predator-friendly” beef that gives a price-premium to farmers that don’t kill carnivores.

But farmers in Namibia are still reporting increased conflict. Why is this?

Previous research has looked into the environmental factors that affect the situation, such as the number of wild prey animals available for predators to eat or the types of habitats around the farms. But these studies often ignore the most critical part of all conservation issues: humans.

I spent almost a year living on a livestock farm in Namibia in order to understand how political, economic, historical and social drivers might be influencing human-carnivore conflict. I visited many farms and interviewed the managers and their workers, and started to notice a trend: those farms that reported no issues with carnivores tended to be well-managed with happy, motivated workers.

A typical Namibian cattle farm. The owner (green shirt) is white; his staff are black.

The historical backdrop of the country, particularly its era of apartheid, still looms over the farmlands like a foreboding shadow. The owners of these commercial farms were invariably white and, without exception, the workers were black. We started to ask farmers and their staff more about their working relationships and how they felt about working on farms.

What we discovered was there were farms where the managers were both racist and violent towards their workers, which demotivated employees to perform well at their jobs. Racist managers also tended not to see the benefits of training their staff in more effective livestock husbandry, meaning employees were not skilled in protecting their cows and sheep from predators.

Many of the workers were also very poorly educated and some didn’t even know how to count properly. The farmer was asking the workers to go out and move a 250-herd of cattle from one field to another and check that none had been left behind, but you cannot expect them to do that if they can’t count to 100. This meant the livestock that were left behind were more likely to be eaten by predators.

But what’s more, on these farms where workers were badly treated, staff sometimes resorted to revenge tactics for the violent treatment received from the farmers. Employees would poach oryx, zebra and other game animals either for food or to sell on for money, especially when they were not paid well. Reduced wild game numbers meant that carnivores were more likely to target livestock.

On top of this, workers sometimes stole livestock to sell on for profit and, to try to cover their tracks, told the farmer that a predator had come in the night and taken his calves. The farmer then thought he had a worse problem with predators than he really did.

So how can we tackle the problem? Conservationists are not trained to deal with racism, human resources or to improve unequal societies. But our research has shown just how ingrained the conflict between carnivores and livestock farmers is: we cannot rely only on technical measures to fix this issue.

Our work adds to a growing number of studies highlighting how problems of people-wildlife coexistence can be caused by conflict within humans. To figure out how to live peacefully with lions and leopards, we have to understand the deeper socio-cultural drivers that may underlie such conflicts and develop policies that resonate with the values and aspirations of farmers as well as conservationists.

We must start digging deeper into the human dimensions because, after all, if it weren’t for us humans, we wouldn’t need conservation. That’s why we need to work more with social scientists, historians and psychologists. If carnivores are to have a hope living on this planet, it’s up to us to save them. And to be successful at that, maybe we could imitate hungry hunting lions: collaboration is the key.