Indiana woman claims ultrasound shows Christ on a cross: 'His legs are crossed and everything' 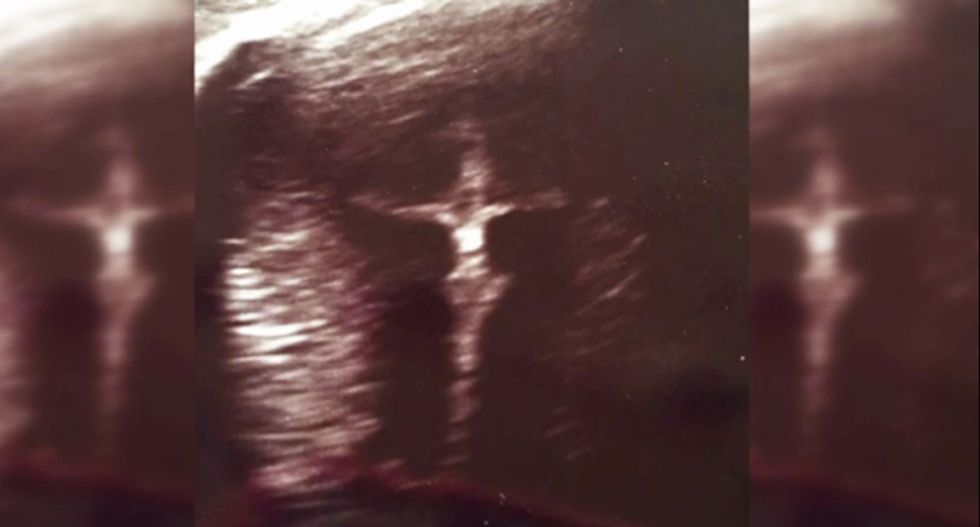 An Indiana woman is fast becoming a Facebook sensation after posting pictures from her ultrasound that appear to the show Jesus crucified on the cross, reports WFIE.

"My mom shared it and she got 50 comments," Meyer said. "I was having to drive all over town to show my grandparents who don't have Facebook."

According to Meyer, she didn't notice the holy apparition until a friend pointed it out when she showed it off at her baby shower.

"She said, 'Do you see this, it looks like Jesus," Meyer recalled.

"You can see the hair and his legs crossed and everything," said Meyer.

According to the Indiana mom-to-be, she thinks the image is a message from God.

Watch the video below from WFIE: