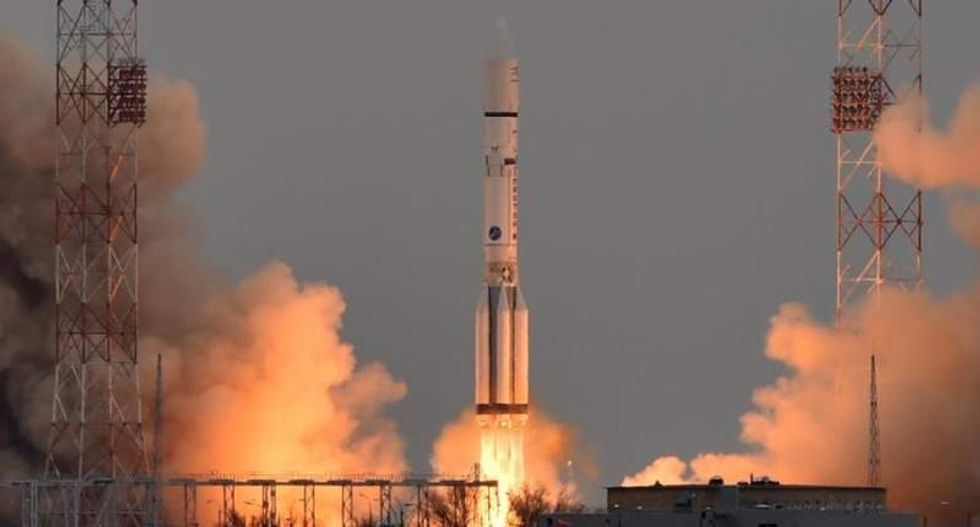 A Russian Proton-M rocket carrying the ExoMars 2016 spacecraft blasts off from the launch pad at the Russian-leased Baikonur cosmodrome on March 14, 2016. (AFP/Kirill Kudryavtsev)

From astronauts breaking records for the longest amount of time spent in space to experiments growing food and keeping bacteria in orbit, the past decade of human spaceflight has been fascinating. There has also been an explosion of privately-funded spaceflight companies providing access to space, including delivering supplies to the International Space Station (ISS).

The next decade will see a remarkable mix of countries and companies getting involved. Plans include taking humans from low-Earth orbit back to the moon and even an asteroid in the 2020s – all designed to help prepare for the ultimate goal of a human mission to Mars in the 2030s.

The company Bigelow Aerospace is planning on launching the first privately-funded commercial space station – the B330 – in 2020. The station will be able to accommodate a crew of six with more space – an internal volume of 330 cubic meters – than a typical semi-detached house. The project is already underway. On 8 April, the Dragon cargo spacecraft, developed by the company SpaceX, set off for the ISS with a test of this technology: the Bigelow Expandable Activity Module. This will be attached to the ISS and expanded to its full size, giving the astronauts there the chance of being the first humans to test an inflatable habitat in space. 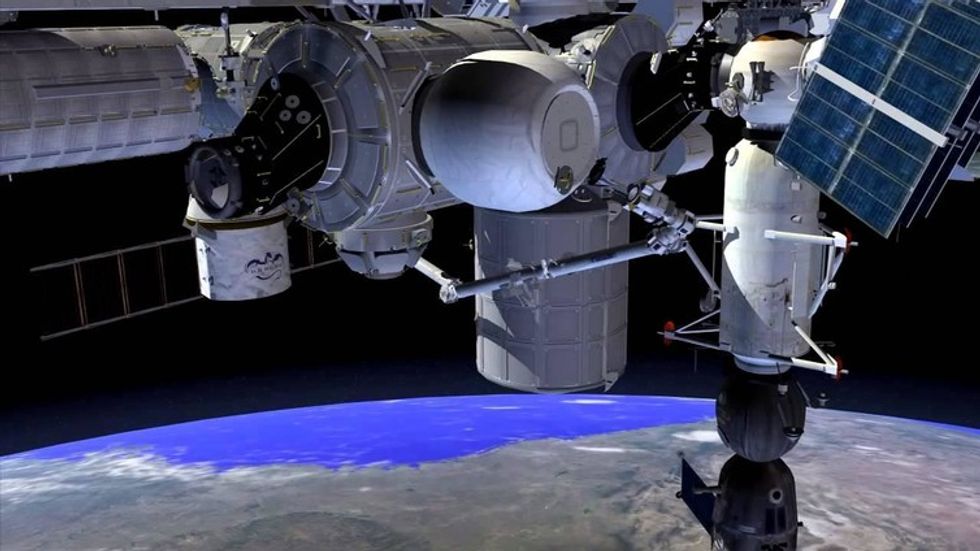 The Bigelow Expandable Activity Module (the balloon-like structure in the top centre) connected to the Tranquility node of ISS.

If successful it means that large space stations will be much cheaper to establish than with current technology, potentially paving the way for a large number of commercial space stations. Bigelow is working with NASA to test the technology further, which they are hoping can help launch missions to the moon and Mars in the future.

The ISS was originally scheduled to be decommissioned by 2016 but this has now been extended to at least 2020. But before ISS is retired, Russia has plans to take the Russian parts from ISS and use them to build a new experimental space station called OPSEK – Orbital Piloted Assembly and Experiment Complex. This should happen sometime in the 2020s as part of the decommissioning process. The station would be used to assemble manned interplanetary spacecraft for targets in our solar system – including the moon, Mars and potentially Saturn – and would act as a sort of departure and arrival point in low Earth orbit.

China also has plans for a multi-module space station, similar to Mir and ISS, but significantly smaller. In 2011, it launched a precursor space module, Tiangong-1 and the last crew left Tiangong-1 in 2013. It will be replaced with Tiangong-2, which will launch in 2016 followed by Tiangong-3 in 2022, supporting a crew of three for 40 days. The final station should be completed in the next decade and would carry on the science and technology work carried out on the ISS.

The European Space Agency’s Space Exploration strategy places the moon as part of a roadmap of human and robotic exploration eventually leading to Mars. However, astronaut Buzz Aldrin has challenged ideas of returning to the Moon as more like “reaching for past glory than striving for new triumphs”. 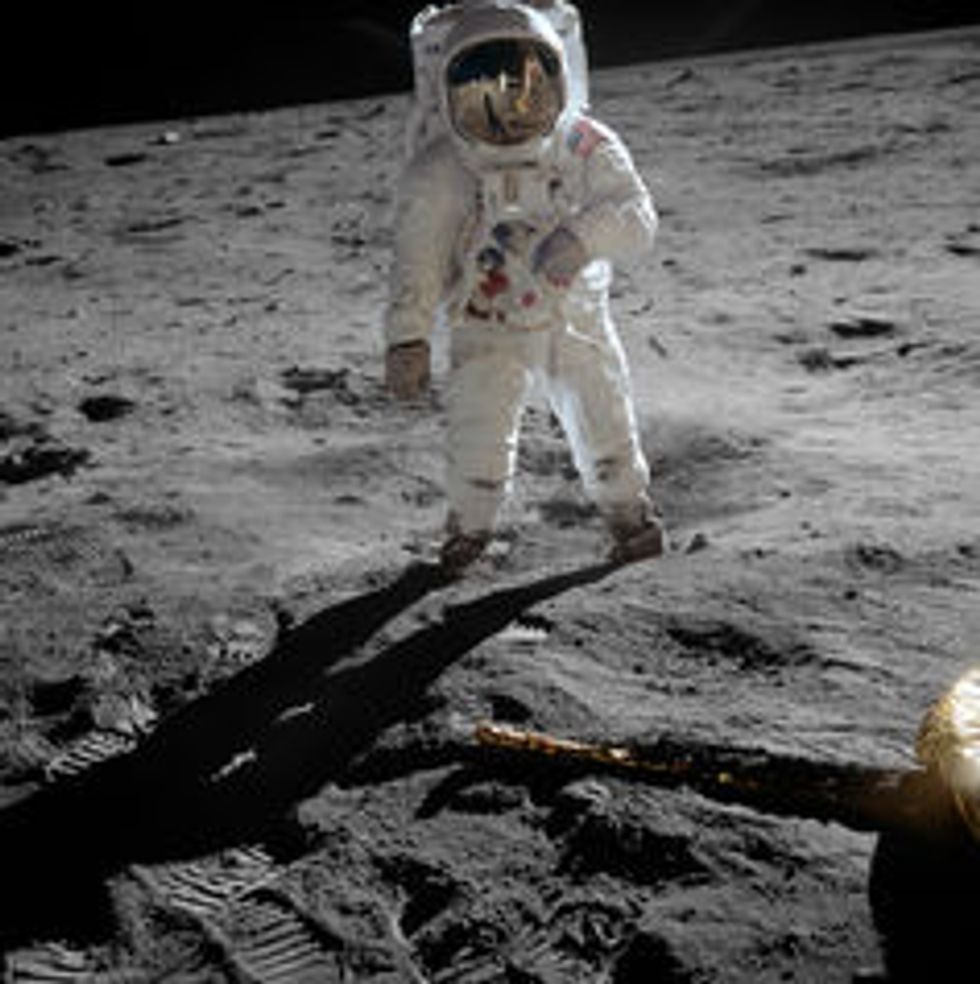 Will ESA put people back on the moon?

But the Moon is scientifically interesting and the Moon 2020-2030 initiative represents a renewed interest. While the timeline for human missions to the moon are quite uncertain, we may see them in the next decade. Russia and China have also discussed human missions to the moon in the mid-2020s. But the moon is also a potential tourist destination. Space Adventures, which launched the first tourist into space in 2001, is in the process of developing tourist rides going to the moon and circling around its far side.

At the end of this decade, NASA plans to launch a robotic spacecraft to capture a multi-tonne boulder from a large asteroid using a robotic arm. The boulder – effectively a new asteroid – will then be redirected into a stable orbit around the moon. In the mid-2020s, astronauts will travel to study it during spacewalks and will also return samples to Earth. As asteroids are part of the debris left over from the formation of the solar system, these samples will represent a significant boost in our search to understand the birth of our solar system.

What the asteroid redirect mission will do.

The mission will also provide a vital test for NASA’s Orion spacecraft which is designed to take humans on longer-haul flights than ever before and is part of NASA’s plans for a human mission to Mars in the 2030s.

NASA is currently developing a powerful expendable launch rocket, the Space Launch System, capable of sending humans to Mars, and shaving years off travel times for robotic missions to the outer solar system. It is expected to be launched in the next few years to test a vehicle capable of sending 20 tonnes to the moon, more than twice the performance of current technology. To be able to go to Mars, we will have to be able to send around 50 tonnes.

NASA, which is aiming to send humans to Mars in the 2030s, is already analysing data from the Curiosity rover on Mars to learn more about how to protect astronauts from radiation and other hazards. Another rover is due to be launched in 2020 to look for signs of life and help demonstrate new technologies that could ultimately help astronauts survive on Mars.

One project that has gained significant publicity has been Mars One. It can’t be accused of lacking ambition – aiming to have humans living on Mars by 2027, with with cargo deliveries scheduled to arrive by 2024. It’s a one way journey and has attracted thousands of applications for places. But the organisation will need to raise the $6bn required for the first launches. And many experts have raised doubts about whether the mission will actually get beyond the planning stage, arguing the technology is not yet quite there.

But the European Space Agency also has a programme for Mars exploration, including the ExoMars mission of which the first spacecraft – Trace Gas Orbiter – has just launched. Its long-term plan is for a robotic mission to return samples from Mars in the 2020s and for humans to get there in the 2030s.