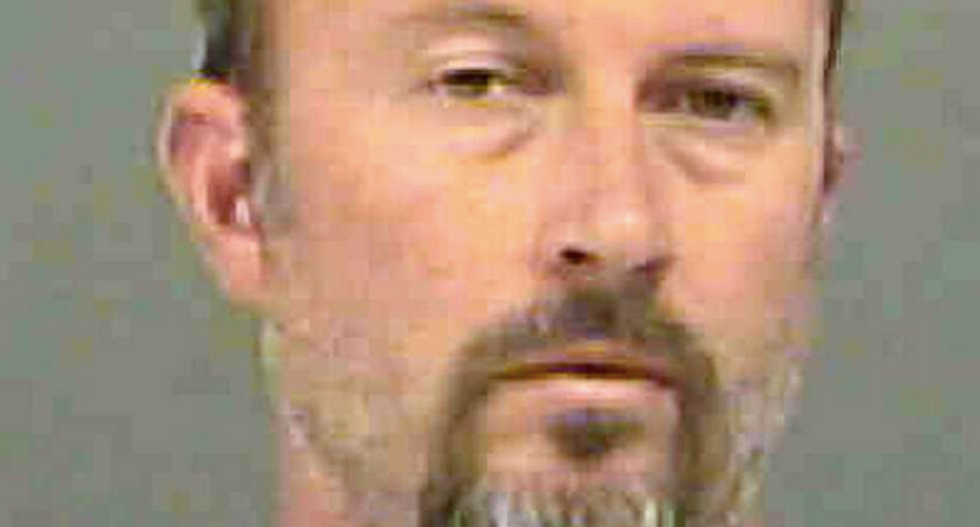 Authorities found dozens of weapons, drugs, possible explosives and a still inside an underground bunker when they raided the home of a self-styled "medicine man" in North Carolina.

The 43-year-old DeHaan filed papers in 2010 renouncing his U.S. citizenship and challenging government authority, and he claims to be a minister of the Native American Church of Nemenhah -- which claims to be a "healing-based religion."

DeHaan sold naturopathic remedies, such as colloidal silver, to "detoxify" the body and cure diseases such as the Ebola virus.

But an attorney for the Native American Rights Fund described the church -- which uses "sovereign citizen" tactics to challenge government authority -- as nothing but "sham artists."

Agents said they discovered about 70 weapons, including high-powered rifles and ammunition, in a multi-room bunker, in addition to 10 more guns found inside DeHaan's home and vehicles.

They also found food and beverages stored in the bunker, in addition to at least two 2,000-gallon water tanks, and materials investigators believe could be used to build a bomb -- including including PVC piping, Tannerite, aluminum powder and 100 feet of fusing.

The underground bunker was outfitted with an air filtration system in case of a nuclear attack.

He also grew herbal remedies in the bunker, which he did not have a permit to build.

DeHaan avoided paying taxes since 1997 by claiming that his earnings were actually religious donations, but the IRS does not recognize Nemenhah as a tribe or a church.

He has been charged with tax evasion and attempting to interfere with administration of internal revenue laws.

His attorney described DeHaan, who held a passport issued by the World Government of World Citizens, as a "prepper" and gun collector.

"This is defrauding the public," said Dr. Susan DeLaney, of the NCANP. "I mean really, would you go to see a mail order dentist?"