Microsoft sues Justice Dept. for not letting it notify users about data requests 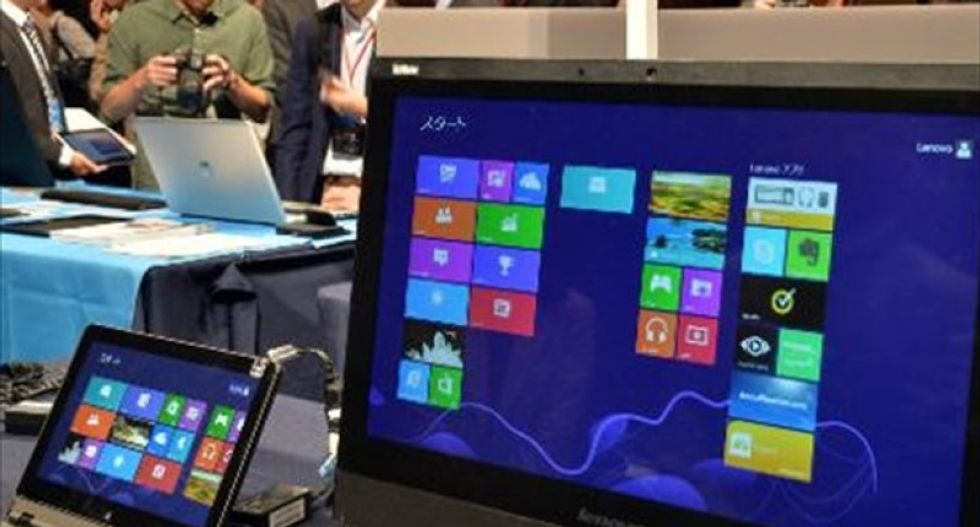 Microsoft Corp has sued the U.S. government for the right to tell its customers when a federal agency is looking at their emails, the latest in a series of clashes over privacy between the technology industry and Washington.

The lawsuit, filed on Thursday in federal court in Seattle, argues that the government is violating the U.S. Constitution by preventing Microsoft from notifying thousands of customers about government requests for their emails and other documents.

The government’s actions contravene the Fourth Amendment, which establishes the right for people and businesses to know if the government searches or seizes their property, the suit argues, and Microsoft's First Amendment right to free speech.

The Department of Justice is reviewing the filing, spokeswoman Emily Pierce said.

Microsoft’s suit focuses on the storage of data on remote servers, rather than locally on people's computers, which Microsoft says has provided a new opening for the government to access electronic data.

Using the Electronic Communications Privacy Act (ECPA), the government is increasingly directing investigations at the parties that store data in the so-called cloud, Microsoft says in the lawsuit. The 30-year-old law has long drawn scrutiny from technology companies and privacy advocates who say it was written before the rise of the commercial Internet and is therefore outdated.

“People do not give up their rights when they move their private information from physical storage to the cloud,” Microsoft says in the lawsuit. It adds that the government “has exploited the transition to cloud computing as a means of expanding its power to conduct secret investigations.”

The lawsuit represents the newest front in the battle between technology companies and the U.S. government over how much private businesses should assist government surveillance.

By filing the suit, Microsoft is taking a more prominent role in that battle, dominated by Apple Inc in recent months due to the government’s efforts to get the company to write software to unlock an iPhone used by one of the shooters in a December massacre in San Bernardino, California.

Apple, backed by big technology companies including Microsoft, had complained that cooperating would turn businesses into arms of the state.

"Just as Apple was the company in the last case and we stood with Apple, we expect other tech companies to stand with us," Microsoft's Chief Legal Officer Brad Smith said in a phone interview after the suit was filed.

One security expert questioned Microsoft's motivation and timing. Its lawsuit was “one hundred percent motivated by business interests” and timed to capitalize on an increase in customer privacy issues spurred in part by Apple’s dispute, said D.J. Rosenthal, a former White House cyber security official in the Obama administration.

In its complaint, Microsoft says over the past 18 months it has received 5,624 legal orders under the ECPA, of which 2,576 prevented Microsoft from disclosing that the government is seeking customer data through warrants, subpoenas and other requests. Most of the ECPA requests apply to individuals, not companies, and provide no fixed end date to the secrecy provision, Microsoft said.

Microsoft and other companies won the right two years ago to disclose the number of government demands for data they receive. This case goes farther, requesting that it be allowed to notify individual businesses and people that the government is seeking information about them.

Increasingly, U.S. companies are under pressure to prove they are helping protect consumer privacy. The campaign gained momentum in the wake of revelations by former government contractor Edward Snowden in 2013 that the government routinely conducted extensive phone and Internet surveillance to a much greater degree than believed.

Microsoft’s lawsuit comes a day after a U.S. congressional panel voted unanimously to advance a package of reforms to the ECPA.

Last-minute changes to the legislation removed an obligation for the government to notify a targeted user whose communications are being sought. Instead, the bill would require disclosure of a warrant only to a service provider, which retains the right to voluntarily notify users, unless a court grants a gag order.

It is unclear if the bill will advance through the Senate and become law this year.

Separately, Microsoft is fighting a U.S. government warrant to turn over data held in a server in Ireland, which the government argues is lawful under another part of the ECPA. Microsoft argues the government needs to go through a procedure outlined in a legal-assistance treaty between the U.S. and Ireland.

Twitter Inc is fighting a separate battle in federal court in Northern California over public disclosure of government requests for information on users.

America, John F Kennedy said, was like John Winthrop's idealistic "city on a hill." Ronald Reagan added the word "shining" to that description when he plagiarized Kennedy. And now Republicans across the country want to change the word "city" to "armed encampment."