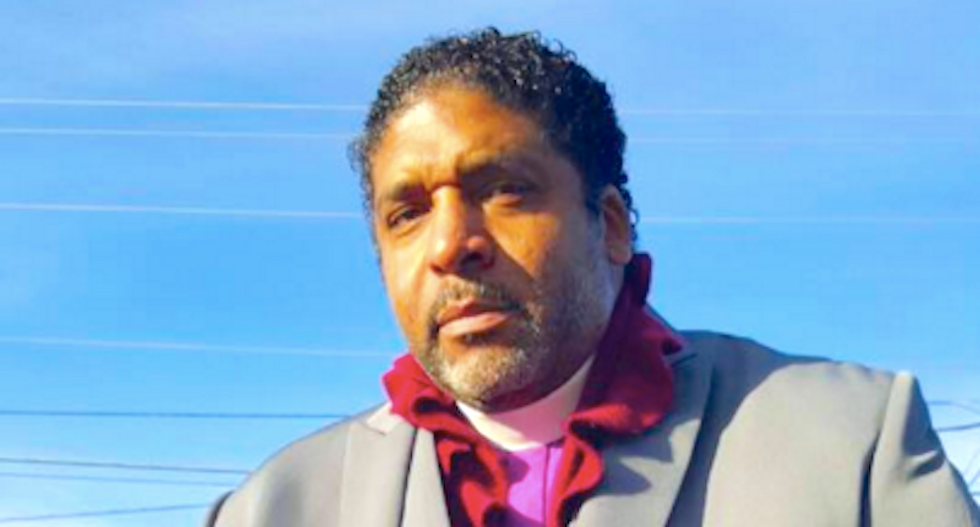 The leader of North Carolina's NAACP was removed from a flight over the weekend after he confronted another passenger who was insulting him -- and the state's Republican Party attacked him as a hypocrite.

Barber purchased two seats on the flight so he could sit comfortably because he is disabled after undergoing bone-fusion surgery to treat his arthritis.

The civil rights leader said another man sitting behind him began loudly complaining about "those people" needing two seats and making other disparaging remarks about him and his disability.

The verbal abuse continued, even after Barber complained to a flight attendant, who asked the other man to "bring it down a little bit."

“As I heard these things, I became more and more uncomfortable, especially since he was behind me,” Barber said in a statement. “The attitude with which he spoke, and my experiences with others who have directed similar harsh, sometimes threatening words, emails, and calls at me, came to my mind.”

Barber said he was unable to turn around to face the man because of his disability, so he stood up “to speak to him as one human being to another.”

“I asked him why he was saying such things, and I said he did not know me, my condition, and I added I would pray for him,” Barber said.

An airline official asked Barber to leave the plane at that point, before the crew had given safety instructions, and he was escorted off by police officers and airline employees -- who he said treated him graciously.

Barber questions why he was removed for confronting a man who was attacking him, and he said he would speak with his attorneys about the incident.

Republicans, however, mocked the civil rights leader in a sarcastic statement questioning his character.

“I guess Rev. Barber thinks it's ‘moral’ to inconvenience other passengers wanting to get home to see their families, because he once again thinks his ‘right’ to say and do whatever he wants is more important than other law abiding citizens who conduct themselves under society’s rules of civil behavior,” said Michele Nix, vice chair of the state GOP.

The flight from Washington, D.C. arrived 40 minutes late to Raleigh.