No signs of trauma or suicide in Prince's death: police 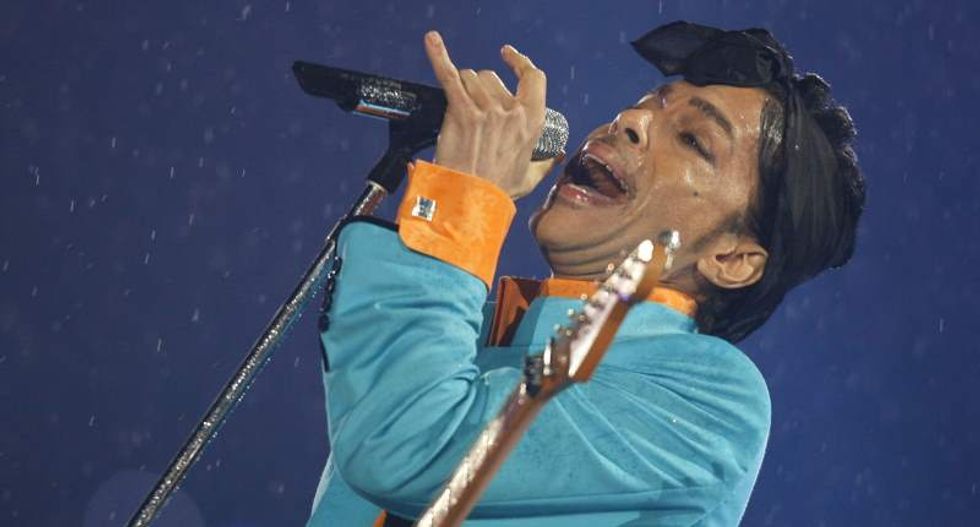 Prince performs during the halftime show of the NFL's Super Bowl XLI football game between the Chicago Bears and the Indianapolis Colts in Miami, Florida, on Feb. 4, 2007. (Reuters/Mike Blake/Files)

Investigators found no sign of trauma or indication of suicide in the death of U.S. music superstar Prince, but results of an autopsy could take weeks to be made public, authorities said on Friday.

The intensely private musician, whose hits included "Purple Rain" and "When Doves Cry," was found dead in an elevator at his home in suburban Minneapolis on Thursday at the age of 57, shocking millions of fans around the world and prompting glowing tributes by fellow musicians.

Carver County Sheriff Jim Olson, whose office is investigating the circumstances of his death, said Prince was last seen alive by an acquaintance who dropped him off at his home at about 8 p.m. on Wednesday night.

"There were no obvious signs of trauma on the body," Olson told a news conference. "We have no reason to believe at this point that this was a suicide. The rest is under investigation."

The influential star, born Prince Rogers Nelson, was found unresponsive in an elevator at the Paisley Park Studios complex where he lived in the suburb of Chanhassen, authorities said.

The local medical examiner's office conducted a post-mortem examination on Friday morning for four hours but said its results could be some time coming. Prince's body was released to his family on Friday afternoon, the Midwest Medical Examiner's Office added in a statement.

"As part of a complete exam, relevant information regarding Mr. Nelson's medical and social history will be gathered. Anything which could be relevant to the investigation will be taken into consideration," the statement said.

No information will be released until all results have been obtained, it added. "Gathering the results will take several days and the results of a full toxicology scan could likely take weeks," the medical examiner's office said.