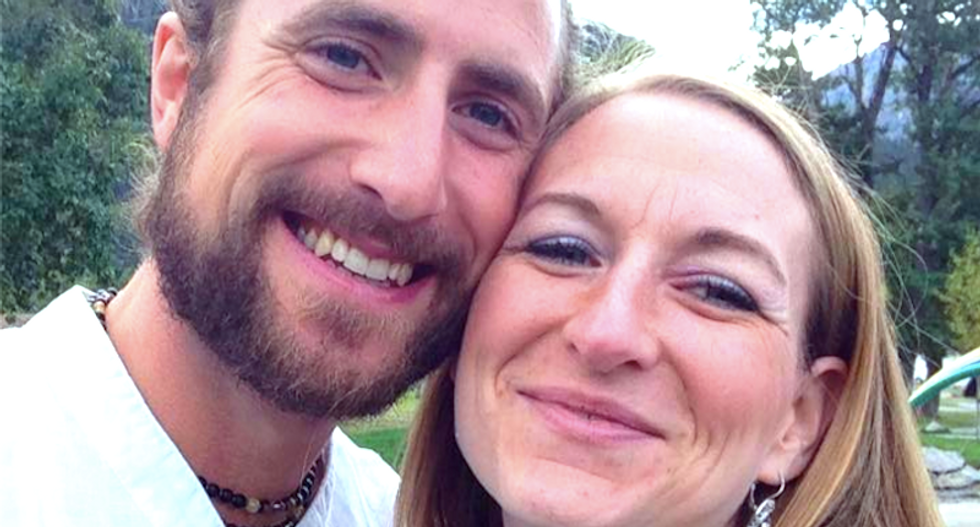 A father who's accused of allowing his toddler son to die from meningitis defended his actions, saying he and his wife decided against taking the child to his first-ever doctor visit because they thought he probably had a less serious illness.

David Stephen explained to jurors in three days of testimony that his 19-month-old son, Ezekiel, became ill in early March 2012 with what he and his wife, Collet Stephan, believed to be croup.

The toddler was sick for about two and a half weeks, but the couple never took him to a doctor until he stopped breathing -- and they rushed him to a hospital near their home in Glenwood, Alberta.

“Hindsight is 20/20," Stephan testified. "Looking back at it … had I known that this was going to take place, I would have been the first person to be advocating something else. Nobody would want an outcome like this as a parent.”

At the hospital, the first physician to examine the child in his short life shared a CT scan with the couple and explained that he had suffered brain damage.

Ezekiel was flown to a larger hospital in Calgary, where he was briefly revived, but doctors said he was probably already brain dead at that point, and he was taken off life support March 18, 2012, five days after he arrived.

David and Collet Stephan, who own a nutritional supplement company, were charged with failing to provide the necessities of life after investigators learned they had not sought any medical treatment but instead attempted to treat his life-threatening illness with natural remedies -- such as olive leaf extract, hot pepper and horseradish smoothies, water with maple syrup and juice with frozen berries.

David Stephan, 32, testified that the couple believed Ezekiel had become ill with the flu after his symptoms worsened, and they gave him natural remedies to boost his immune system -- but he admitted that neither he nor his wife have any medical training.

"You're working in the dark here," said prosecutor Clayton Giles, who cross-examined him. "You were throwing things at something without understanding what you're throwing those things at. I'm going to suggest, in fact, you felt you knew better than the medical establishment about how to deal with this issue. You are aware that doctors are out there?"

Giles asked why Stephan told police and social workers after his son's death that his wife had provided "constant care" and monitoring to the sick child if they believed he was getting better -- as the father testified during defense questioning.

A nurse friend previously testified that she told the Stephans the boy might have meningitis, a potentially fatal inflammation, and the prosecutor asked why the couple didn't take the boy to be examined by a physician to rule out that serious condition.

"You don't trust conventional medicine very much do you?" Giles asked

"Why would you say that?" Stephan said.

Stephan testified that he became alarmed after his son died when several police officers came to the hospital, fearing they could lose custody of their eldest son, but doctors assured him that was standard for any investigation of a child's death.

“You know what my main concern was at that point?" Stephan said. "It was the idea that they might think we were negligent parents if they found out that we didn’t put Ezekiel in a car seat.”

Witnesses testified that the toddler became so stiff from inflammation associated with meningitis that was unable sit in a car seat and was instead laid on a mattress in the back of the family’s vehicle on the way to the hospital.

Prosecutors argued in their opening statement that the Stephans loved their son and are not accused of ignoring or killing him — but they said the couple should have sought medical help sooner to prevent his death.

Stephan and his wife operate Truehope Nutritional Support Inc., a nutritional supplement company founded by his father, from their home in Raymond.

The government did issue warnings about the supplement — which prosecutors say the couple gave to their dying son.

Stephan believes the Canadian government has targeted them to force parents through the courts — rather than the legislature — to vaccinate their children.

He argues that no evidence shows Ezekiel’s death could have been prevented if he had been given the vaccine for Haemophilus influenzae type b (Hib).

Stephan even expressed doubts on the witness stand that his son actually died from meningitis -- although it's not clear what he believes killed the child.

“I think it’s very likely he died of meningitis, but I’ve still got some questions around it,” Stephan testified. “I’ve heard many situations like that, but never once have I heard a situation like ours.”