Religious man slaps DMV worker with $6.6M suit for forcing him to ‘submit to an insurance god’ 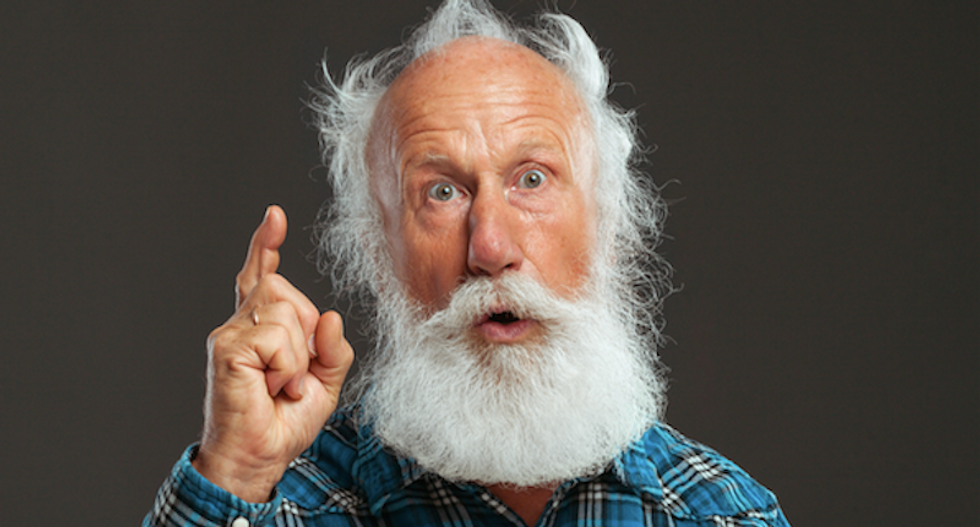 An Idaho man filed a bizarre lawsuit citing Mosaic law to force a state employee's family into servitude as punishment for suspending his driver's license.

The 79-year-old Jensen, of Athol, cited his religious belief in only one god, named Yehovah, who handed down his laws to Moses and the Israelites.

One of those fictions, in Jensen's view of the law, is the requirement that drivers carry automobile insurance.

Pemble sent a letter Sept. 3 to Jensen informing him that his driver's license was suspended until he purchased liability insurance.

Jensen had been cited in June 2014 for failing to register his vehicle or purchase insurance, and he was found guilty during a subsequent trial was was fined $198.50 and jailed five days for contempt of court.

He then began a campaign against Pemble using tactics and language associated with the "sovereign citizens" movement -- a loose grouping of adherents who claim immunity from federal, state and local laws, citing God’s law or common law over constitutional authority.

“(Pemble) does not have the authority to govern the actions of a natural person,” Jensen wrote in one notice. “There is no provision under law whereby (Pemble) can subject a natural person to the codes and statutes of a fictitious entity."

Pemble never responded to those "notice and demand" letters, and Jensen filed a lawsuit seeking $6,689,940 in damages payable in gold or silver -- because he considers currency to be debt.

Jensen argued that the transportation employee had violated his religious liberty by forcing him to "submit to an insurance god and pay its premiums for liability protection," according to the newspaper report.

Those aren't even the wildest claims in the April 14 lawsuit.

Jensen argued that, if he prevails in the suit, Mosaic law requires Pemble to pay all damages within 30 days or forfeit all of his assets -- and the transportation department worker, his family members and their descendants be forced into bond servitude until the nearly $6.7 million in damages are paid in full.

In the meantime, Jensen asked the court to restore his driving privileges.