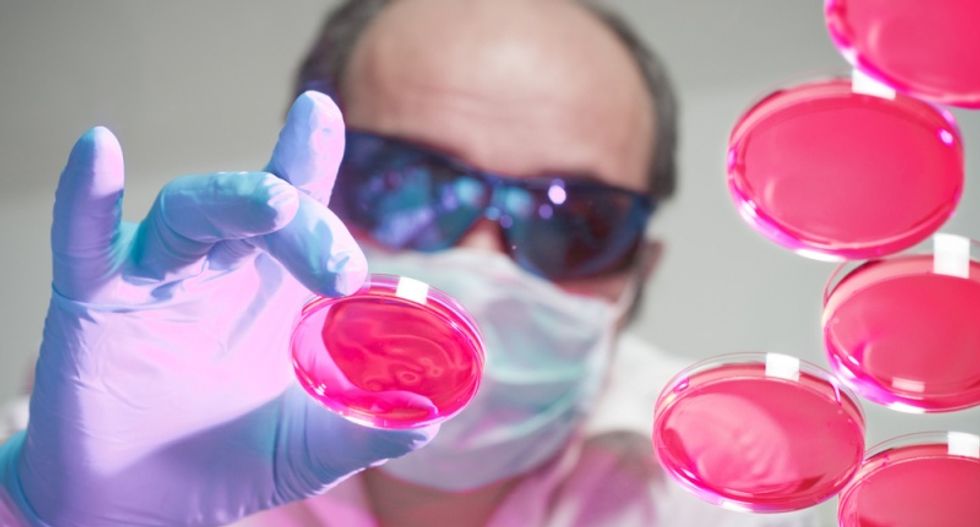 A massive study of more than half a million people who might carry genetic mutations for 584 devastating childhood diseases has identified 13 who have mutations for severe conditions – but none of the symptoms of the disease.

The implication is that there could be something in the human genetic makeup that means even those who inherit the mutation for severe conditions such as cystic fibrosis (CF) never go on to develop the disease. If so, the identification of the genetic factors that permit survival could lead to new treatments.

Poignantly, the 13 may not know of their own special status: they took part in genetic surveys but signed nothing that permitted a second contact with researchers.

But, says Stephen Friend of Sage Bionetworks in Seattle, Washington, the findings mean that a more systematic search can begin. He is one of 30 scientists who report in the Nature Biotechnology journal on a vast retrospective search for individuals who might be resilient to the hazards of inheritance. The scientists gathered material already available through existing surveys and selected data from healthy adults. They gathered data from the commercial genetics firm 23andMe, the Ontario Institute for Cancer Research, the 1000 Genomes Project and others. Their data included the entire genomes of individuals, more limited surveys of those genes that express a protein, and selective searches for particular mutations.

But the scientists were looking specifically for healthy people who inherited severe, early-onset and often highly lethal illnesses that have a simple genetic component. They chose childhood diseases because people who volunteer for DNA testing are already in adulthood so they could be sure the conditions had not manifested themselves. They combed 589,306 genetic samples for evidence of 874 genes linked to 584 conditions including CF and familial dysautonomia. Buried in the samples were 13 people who harboured mutations for eight of those diseases – but none of whom showed symptoms.

What makes them immune to their own biological inheritance remains a mystery. The guess is that there must be some other factor in their genetic makeup that buffers them against the consequences of the inherited mutation. But there could also be an environmental factor at work.

Friend said: “We now have tools that allow us to search for people who should have gotten sick, among normal individuals. Finding those individuals is a starting point for searching for other changes in the genome that might give us clues to deliver therapies. So: study the healthy. Don’t just study the sick.”

The research, he said, was only possible because people had consented to share their genetic data with scientists.

“I would guess that most of the public when they hear the word mutation, would say: equals bad, equals risk,” Friend added. “Some of them are bad, we know that. But I think the concept that mutations could be beneficial gives a reason to look at individuals who are normal and try to find ways of prevention.”

Friend’s co-author Eric Schadt, of the Icahn school of medicine at Mount Sinai, said “Most genetic studies focus on finding the cause of a disease, but we see tremendous opportunity in figuring out what keeps people healthy. Millions of years of evolution have produced far more protective mechanisms than we currently understand.

“Characterizing the intricacies of our genomes will ultimately reveal elements that could promote health in ways we haven’t imagined.”

Former President Donald Trump's daughter-in-law, Lara Trump, has been the subject of speculation over a possible run for North Carolina's open Senate seat -- a possibility that Kellyanne Conway once said would be a "humongous advantage" since her last name is Trump.

But since she hasn't announced a run and has a new gig on Fox News, Republicans are prepared to move on without her, the Charlotte Observer reports, especially since three-term U.S. Rep. Ted Budd is now expressing interesting in running for the seat.