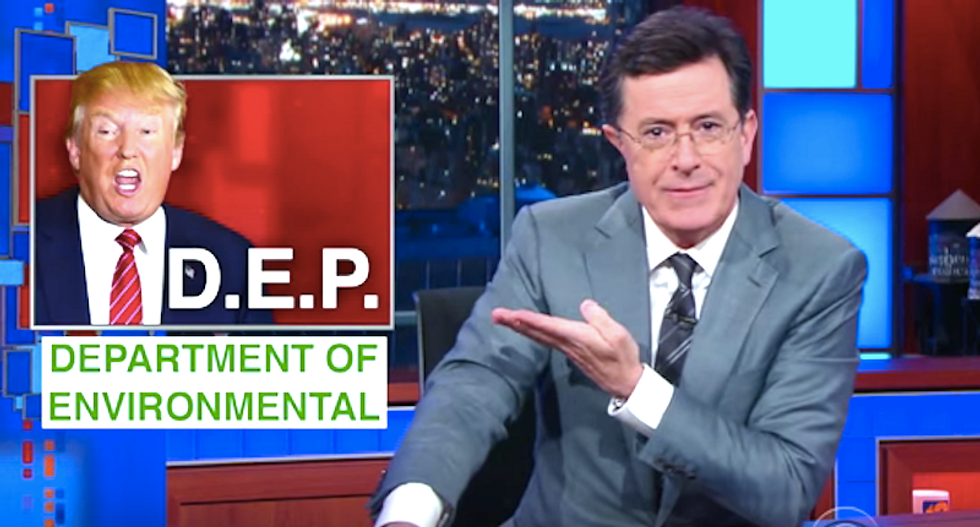 Stephen Colbert ridiculed Donald Trump for vowing to dismantle the "Department of Environmental" -- which doesn't even exist.

The Republican presidential candidate forcefully made the suggestion Monday, during a Fox News town hall, and also suggested the elimination of the Department of Education -- a frequent target of conservative fury.

But at least that federal agency actually exists and was identified in grammatically correct fashion.

"Trump promised to kill the wasteful 'Department of Environmental,' the DEP," Colbert said. "Even the abbreviation is wasteful, because that P does not stand for anything."

That fact that the department does not currently exist means one of two things, Colbert said.

"Either Trump is talking out of his ass, or he's already eliminated it," he said.

He suggested several other non-existent federal agencies that Trump should consider axing.

Colbert's audience cheered wildly when he announced that Trump had lost Wisconsin to GOP rival Ted Cruz, and he said the reason was fairly clear to experts.