Texas cop: I'd beat a trans woman unconscious if she tried to share a bathroom with my daughter 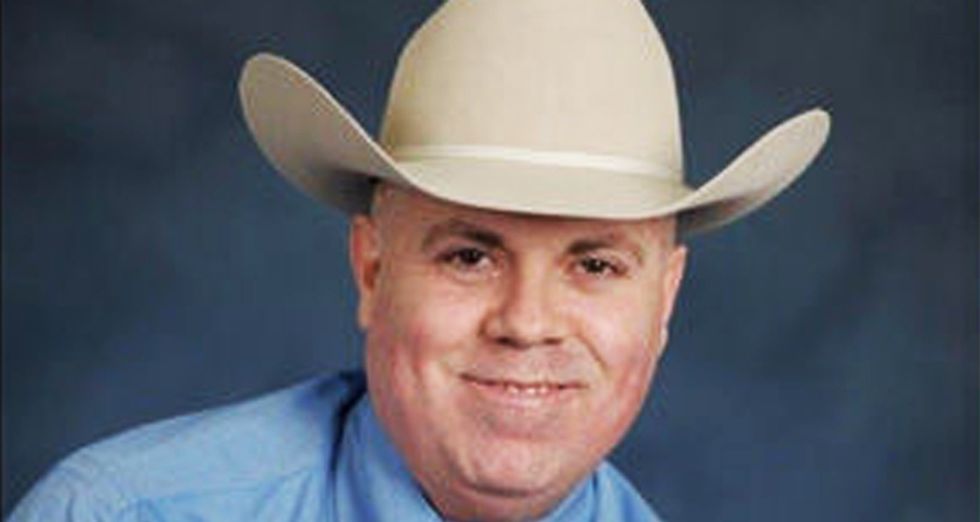 In a Facebook post now hidden from view, the likely new sheriff of Denton County, Texas said he would beat a transgender woman so severely she'd end up in a hospital if she tried to share a bathroom with his daughter.

According to the Dallas Observer, Tracy Murphfree -- who only faces token opposition from a Libertarian Party candidate and no Democratic candidate -- jumped on the anti-transgender bandwagon with his Friday afternoon post.

“This whole bathroom thing is craziness I have never seen,” Murphree wrote last Friday. “All I can say is this: If my little girl is in a public women’s restroom and a man, regardless of how he may identify, goes into the bathroom, he will then identify as a John Doe until he wakes up in whatever hospital he may be taken to. Your identity does not trump my little girl's safety. I identify as an overprotective father that loves his kids and would do anything to protect them”

In the comments that followed, Murphree clashed with Amber Dyden Briggle, a former candidate for Denton City Council who has a transgender son.

“As the parent of a transgender child who is only 8 years old, Tracy, this ... really, really upsets me,” she wrote. “I know you are a protective parent, but SO AM I. If my son were to walk into a women's room, looking the way he does, he would no doubt be corrected and sent to the men's room. What we've done now is call attention to a young child, only 8 years old, who is now behind closed doors with a bunch of men — had he walked in there to use the bathroom to pee in the first place, no one would have batted an eye, because he looks like and IS a boy. "

“Let me put it another way: halfway through first grade, this PERFECT child of mine, who is just as miraculous and amazing today as he was on the day of his birth, stopped feeling comfortable using the girls' room,” she added, before going on to explain the difficulties her child has encountered since then.

Murphree responded to Briggle by insisting he's not a "bigot" and that she is part of the problem.

“Yes, I will be the next sheriff, and I will serve all citizens. I will not sit back and not voice my beliefs and opinions. I will not give in to the political correctness police. I won't be threatened by those who may call me a bigot or ignorant. I have no issue with transgenders. That's between them and God," he added. "The few transgenders rights do not trump the rights of the many. I will not stand by in political correctness afraid of being labeled and allow a male to enter a bathroom my daughter occupies. I just won't do it.”