'Thank you, you idiots': Watch Maine Gov. Paul LePage melt down after students mock him during speech 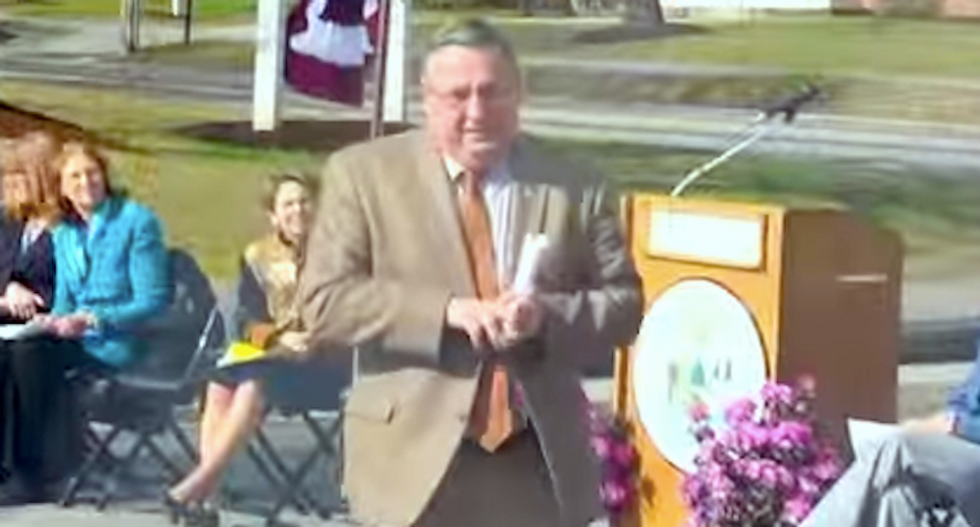 Maine's Republican governor threw a temper tantrum after he was confronted by protesters during an event at a university.

Gov. Paul LePage reacted angrily when students held up signs criticizing him and his policies during a speech Tuesday dedicating a new education center at the University of Maine at Farmington, reported the Portland Press Herald.

The governor spotted signs calling him "Maine's shame" and grading his environmental record as an "F," and he appeared to lose his concentration just 15 seconds into a speech dedicating the Theodora J. Kalikow Education Center, named for UMF's former longtime president.

“It’s an honor to be here, uh, to be here on this rare occasion, at the university where it is named the University of Maine, which is part of our great state and has a great history, uh,” the newspaper quoted the governor as saying.

He then abruptly walked away from the podium just 45 seconds into his speech, saying, "I'm sorry, I'm done -- I'm just not in the mood."

LePage insulted the protesters as he walked through the crowd, as bystanders laughed at the sputtering governor.

“Thank you, you idiots out back there with the signs," LePage said.

James Page, chancellor of the University of Maine system, took the governor's place at the podium and continued the dedication ceremony.