The fight for $15: Meet the man who is taking the minimum wage battle national 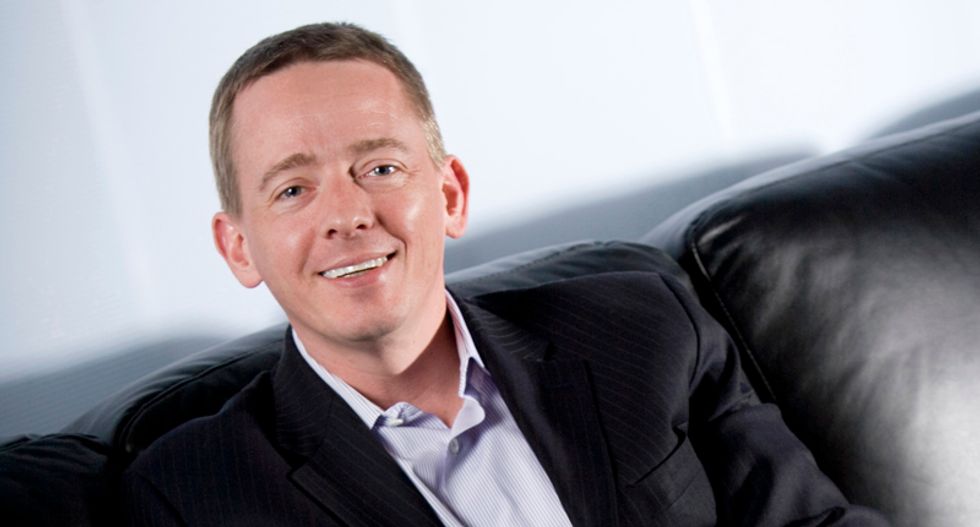 Though many miles away, Rolf helped make those things happen. The president of a local chapter of the Service Employees International Union (SEIU), he spearheaded the effort to create the nation’s first $15 minimum wage, in SeaTac, a Seattle suburb, in 2013. Rolf then played a pivotal role in making Seattle the first major city to enact a $15 minimum.

“California and New York are big home runs,” said Rolf, who praised California’s governor, Jerry Brown and New York’s governor, Andrew Cuomo, for heeding a grassroots groundswell. “The story is that workers and worker organizations built movements in both states that changed the discussion.”

There’s another reason Rolf is feeling good about the $15 victories – this coming Tuesday is the publication date for his new book, The Fight for Fifteen: The Right Wage for a Working America. In it, Rolf describes the campaigns to win $15 in SeaTac and Seattle and sets out why the move was so important. Rolf argues that it was easier for his grandfather – born into a poor family in Appalachia in 1913 – to rise into the middle class than it is for many of today’s young workers. His grandfather worked at a unionized General Motors plant for 25 years and died, owning a house and two cars.

“He was helped by both a labor movement and a government committed to bringing prosperity to workers,” Rolf said. “Today’s workers are no less hard-working, no less deserving, but unfortunately public policy has turned against the two institutions that fundamentally created the middle class: government and the labor movement.”

While Rolf often sounds like a big booster of labor, he is also a colossal pessimist. He frequently suggests that America’s labor unions and their traditional collective bargaining model are in a death spiral unless they vastly change their ways.

His gloomy talk might come as a surprise considering that he has some landmark accomplishments under his belt. He was the lead organizer when the SEIU unionized 74,000 home-care workers in Los Angeles in 1999 - the largest successful unionization drive since 1941. And not only did Rolf help lead the $15 fights in SeaTac and Seattle, with strong cooperation from other progressive groups and unions, but he helped persuade the Seattle City Council to approve a groundbreaking law that gives Uber and Lyft drivers the right to unionize.

Rolf seems to thirst for innovative strategies, and laments that many unions are essentially pursuing the same strategies they did 50 years ago despite labor’s decades-long decline – just 11% of US workers are in unions, down from a peak of 35% in the 1950s.

“Something can’t grow smaller and weaker every year and still portray itself as a vibrant, living, powerful thing,” Rolf said. “If you show me any organization that has the same product line, growth strategy and even a few of the same top executives as they did in the last century, I’ll show you an organization in decline.”

With such statements, Rolf is seeking to give a wake-up call – or perhaps a kick in the pants – to organized labor. At age 46, he has such a boyish face that he seems in his early 30’s, and that’s just one of the reasons some view him as the enfant terrible of labor. To some, he’s a truth-telling visionary, to others, a naysayer who makes stark pronouncements to win attention and advance his ambitions.

Public policy has turned against the two institutions that created the middle class: government and the labor movement

In Rolf’s view, far too many within labor believe they can reverse the movement’s decline by continuing to do the same thing, but doing it somewhat better.

“Some critics compare this view to Charlie Brown and the football,” Rolf said. He chides many in labor for being “restorationists” or “resurrectionists,” people who dream of bringing back millions of unionized factory jobs and “willing back the New Deal economy as if you can bring back transistors, as if one can get the South to de-install all the air conditioners so we can’t do industrial production there.”

Despite his downcast views Rolf insists: “I’m an incredible optimist.”

He immediately cites his beloved Fight for 15, which he says, with the victories in California and New York, will lift the pay of 14 million workers. “The Fight for 15 is the biggest home run the labor movement has had since at least LA homecare and maybe in my lifetime,” Rolf said. “It has inspired hope in millions of workers.”

Rolf scoffs at those who say the Fight for 15, which the SEIU has underwritten, has failed at its goals of unionizing McDonald’s and getting it to adopt a $15 minimum. “We haven’t won yet,” Rolf said. “We are winning.”

He points to other optimistic developments. Seattle has enacted a paid sick-days law and a ban-the-box law that bars employers from initially asking whether job applicants have a criminal record. Seattle is weighing a “fair scheduling” bill that would require three weeks’ advance notice of workers’ schedules, and union leaders are pushing a ballot initiative to create a $13.50 statewide minimum in Washington.

‘The moment is one for risk’

As Seattle’s most visible labor leader, Rolf gets a lot of credit for the movement’s victories; some say too much. But Rolf is quick to say that many others in Seattle’s thriving progressive community were key to those successes: the United Food and Commercial Workers, the Teamsters, OneAmerica (an immigrant advocacy group), Casa Latina, Moms Rising, the city and state labor council, and Kshama Sawant, a Socialist City Council member.

Rolf, whose union local represents nursing-home and home-care workers, is fortunate to be close with a fellow activist who is a billionaire, Nick Hanauer, an entrepreneur and outspoken champion of a $15 minimum wage. Together, they developed an innovative, much-discussed proposal that would require gig economy companies to pay, perhaps several dollars per hour worked, into a fund for their workers’ benefits, like health insurance, paid sick days and workers’ compensation.

Hanauer calls his buddy “the smartest labor leader in the country, and the most effective.” His support has helped make Rolf more effective; for instance, Hanauer has pledged $1m toward a ballot initiative to create a $13.50 statewide minimum wage.

Some political scientists say advances like a $15 minimum wage and paid sick days will be limited to deep blue, progressive cities like Seattle and San Francisco. But Rolf foresees an expansion of deep blue geography: “It’s only a matter of time before we can start flipping states based on diversity and urbanization – more people of color, a growing number of young people, who polls show approve of socialism more than capitalism.”

“We have a strong percentage of progressives living in these cities” Rolf continued, “If that’s the open lane we can operate in, then own the damn lane and build out from there.”

In Rolf’s view, labor badly needs to develop new models; he says many unions still rely on a model under the New Deal-era National Labor Relations Act. “We still have a model from the 1930s,” he said. “It didn’t die altogether. It just touches an insignificant amount of workers.” (6.7% of private-sector workers.)

He noted that John L Lewis, the great mine workers president, created a new model, the Congress of Industrial Organization, in the 1930s to adapt to a changing industrial economy, doing wall-to-wall organizing of giant industries like auto and steel, instead of craft-by-craft organizing.

“This is our John L Lewis movement to figure out a new set of organizing models and institutions,” Rolf said. “The moment is one for risk and experimentation.”

He is co-founder of The Workers Lab , a nonprofit that provides grants to help organizations develop new strategies to lift low-wage workers. The goal, Rolf explains, is to develop organizations that “have economic power to improve lives,” that can “scale” to ultimately help millions of workers and that are financially sustainable so they can survive without relying on foundation grants.

Of the nation’s 250 non-traditional, nonunion worker advocacy groups, Rolf cites two in particular as models for achieving power, scale and sustainability: the Coalition of Immokalee Workers (which has obtained better wages and conditions for over 30,000 farm workers in Florida) and the Workers Defense Project (which has pressured Apple and other companies into requiring building contractors to improve wages and safety conditions on their projects in Austin, Texas).

“At the end of the day, the next generation of workers will judge our generation of labor leaders on whether we invented the next model,” Rolf said, “and not whether we coasted to get our pensions, and let it all be someone else’s problem.”