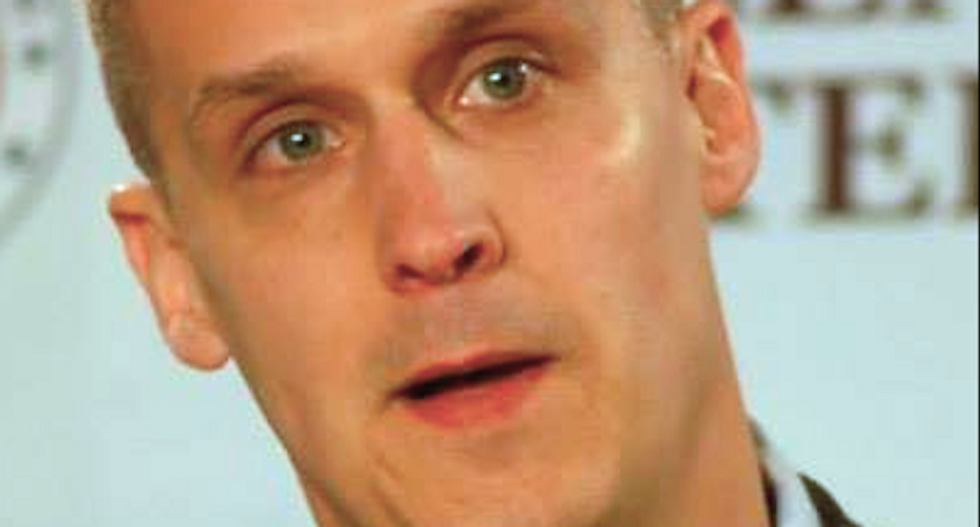 Corey Lewandowski may have avoided assault charges in Florida for his run-in with Breitbart's former reporter, but now he's got another war to worry about. After an appearance Sunday on Fox News that was covered with errors, Donald Trump campaign insiders are furious with the campaign manager.

The Fox News Sunday segment titled “Can the Trump campaign move past distractions?” proved once again that the answer is no. When asked about the decision by prosecutors not to charge him, Lewandowski did what every other politico on television does: He pivoted to what he actually wanted to talk about. He just did so badly. According to Politico, he blasted Florida GOP Chair Blaise Ingoglia for being overly biased against Trump.

That prompted an angry call from Ingoglia to Trump headquarters. Ingoglia actually remained neutral before and after the GOP primary in the state. He also has no role in appointing any delegates, rather he "recommends" 15 people — not 30 out of 99.

“We have no idea what Mr. Lewandowski is talking about," the state GOP spokesman said in a written statement. “The State Party and our Chairman have been consistently clear that we have and will continue to remain neutral during this process. It is unfortunate that Mr. Lewandowski went on national TV and misled viewers with inaccurate statements both on process and substance.”

According to reports, Trump aides have had successful talks with Ingoglia and the Florida GOP about nominating Trump friendly delegates in the last several week. Accusations like the ones Lewandowski waged on Fox likely hurt those talks.

“Corey goes on national TV to talk about how he didn’t really commit battery on a woman — a terrible topic for the campaign to have out there — and then he makes it even worse by getting his facts wrong and pissing off the chairman in Florida when he didn’t need to,” one Republican inside the campaign said.

Campaign insiders also say that Lewandowski screwed up the campaign's expectations game by saying “by the end of this month and the next two weeks, Donald Trump will add an additional 200 delegates to his total.”

“That’s a number we hope for,” the source told Politico. “We’re trying to set expectations at 180, and he just blew through that — a complete amateur.”

Another Republican familiar with the conversations echoed the same concern with Lewandowski explaining, “It made no sense. He wasn’t asked about Florida at all. He could have singled out West Virginia or Colorado or Indiana. All of their rules and processes are terrible. Instead, he went right after Florida and the chairman. And the guy wasn’t pleased.”

The Florida GOP Chairman has until their May meeting to name his selected 15 delegates.