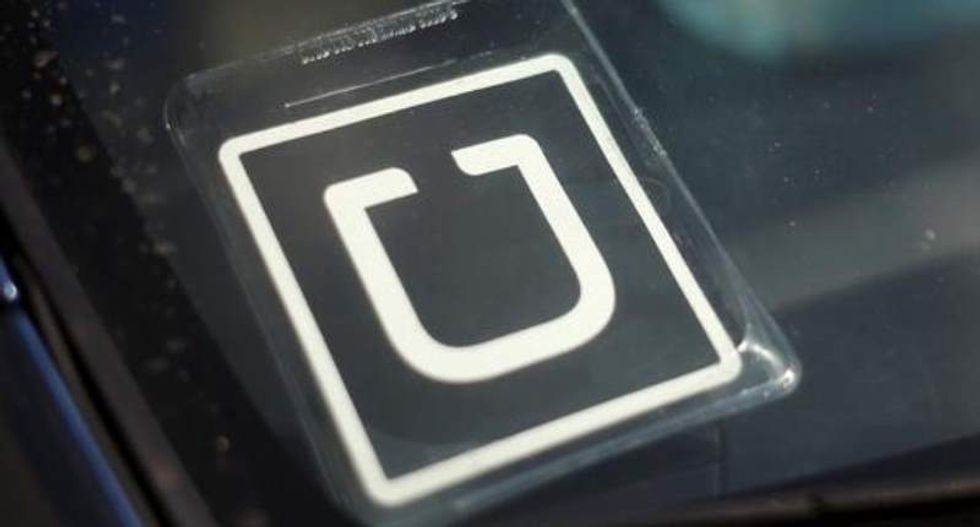 An Uber car is seen parked with the driver's lunch left on the dashboard in Venice, Los Angeles, California, United States on July 15, 2015. (Reuters/Lucy Nicholson)

Ride-hailing service Uber has agreed to pay up to $100 million to settle a class-action lawsuit which resolves a major challenge to its business model by allowing it to keep its California and Massachusetts drivers as independent contractors.

The case against Uber had been closely watched in Silicon Valley, as other companies in the on-demand tech economy share Uber's reliance on independent contractors. The case had been scheduled for a trial in San Francisco federal court in June.

"We realize that some will be disappointed not to see this case go to trial," said Shannon Liss-Riordan, an attorney for drivers.

However, Liss-Riordan said the plaintiff drivers faced significant risks of losing if the case moved forward. Nothing about the settlement prevents a future court, or U.S. labor authorities, from deeming Uber drivers as employees, she said in a statement.

Out of the $100 million proposed payment, $84 million is guaranteed to drivers and $16 million is contingent on an increase in Uber's value.

Uber agreed to some changes in its business practices, including the institution of a policy for deactivation of drivers, chief executive Travis Kalanick said in a blog post about the settlement.

Uber is "pleased" that the deal "recognizes that drivers should remain as independent contractors, not employees," Kalanick said in the post.

The settlement is similar to a separate agreement announced with Lyft drivers earlier this year, though the Uber agreement is much larger given that Uber has many more drivers.

The Uber deal must be approved by U.S. District Judge Edward Chen in San Francisco.