Uncovering the stupidity of the latest anti-millennial rant 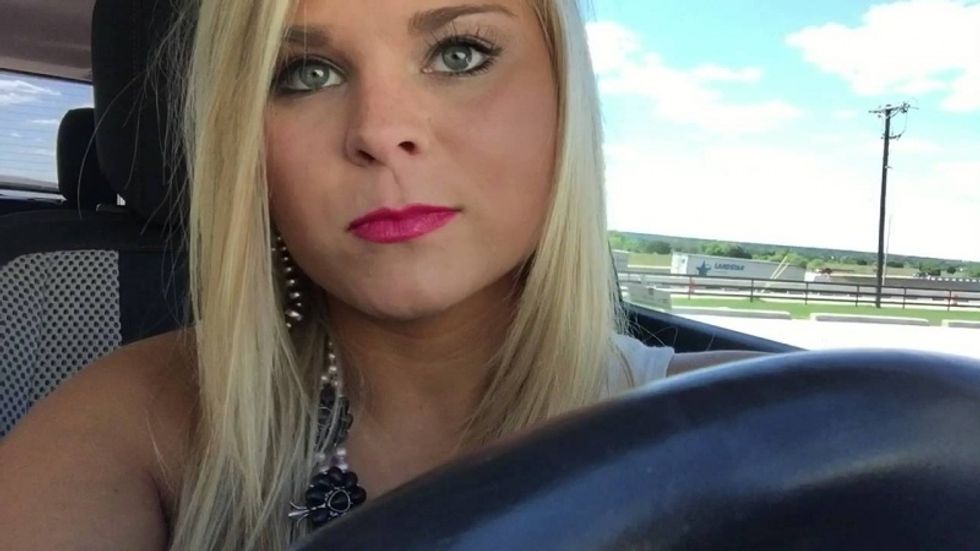 If you were born between 1981 and 1997, Texan Alexis Bloomer believes you're a whiny, lazy and entitled pain in the ass.

Bloomer decided to investigate why older generations seem to have some disdain for millennials. Her misguided "findings" fit perfectly into the bitter narrative of older people who took advantage of opportunities young people will never get, but still can't seem to understand why my peers are angry for being left behind.

While millennials are likely the first generation to be worse off than their parents due to the fact that they earn less and deal with the overwhelming burden of student loan debt, Bloomer makes unbearable blanket statements about how they simply don't have manners anymore.

"Our generation doesn’t have the basic manners that include ‘no, ma’am,” and ‘yes, ma’am’—we don’t even hold doors open for ladies, much less our elders anymore," Bloomer said.

I'm not sure what type of methodology she used to come up with this finding, but to claim that millennials are somehow ruder than previous generations is hilariously wrong. Has she paid any attention to the GOP primaries and the type of vicious rhetoric that's not only being used by our elders, but by people vying to be the next leader of the U.S.? There are rude people in every age group, and ironically her compilation video of stereotypes belittling millennials was pretty damn rude.

"We listen to really obscene music that degrades women and pretty much glorifies drugs and crime," Bloomer continues.

She makes a great point for someone who was locked in a conservative bubble and never heard music prior to the 90s. It's not like the classic rock that boomers loved so much ever referenced any criminal or lascivious behavior. "Sex, drugs, and rock n' roll" was all a myth, right? Does she think all music before us was the equivalent of a Barney singalong?

The part of her video that really hit a nerve was the bit about how lazy we millennials are.

"We’re lazy, we’re really entitled. And we want to make a lot of money and have free education but we’re not really willing to put in the work."

Here's the thing - if millennials were given the same opportunities as the generations before them yet still complained about unemployment, underemployment and student loan debt, maybe Bloomer's statements would have an ounce of credibility. But this whole notion that we're lazy and want things handed to us is simply untrue. In fact, Bloomer minimizing the economic struggles of millennials is downright insulting, and shifts the blame of the failed economic policies of our elders onto us.

It wasn't millennials that deregulated the banking industry and sanctioned the subprime mortgages that destroyed the economy. Millennials also didn't make the decision to invade Iraq preemptively and waste untold trillions in perpetual war. Millennials didn't deny scientific evidence pointing to climate change and refuse to cut the carbon emissions that are ruining the environment. I believe our elders made those decisions, and I think they're a little worse than not holding a door for someone.

My generation has attended college at a higher rate than generation X, which doesn't really do much for Bloomer's accusation that we're all lazy and entitled. But another thing to keep in mind is that millennials are earning a lot less money for the same jobs previous generations had, and we're simultaneously paying a lot more for higher ed.

A new report by New York City comptroller Scott Stinger found that when it comes to the Big Apple, millennials make about 20% less than the generation before them. We're making less money for the exact same jobs our elders had. The Guardian did its own analysis of millennial income in various countries and found that for the first time the average millennial in the U.S. had less income than those aged 65-79, meaning that working millennials had less income than the retired.

The average cost of college more than doubled between 1982 and 2012, even when adjusted for inflation. The days of students working their way through college to prevent debt are completely over considering how little students can earn and how much of a financial burden it is to pay for a bachelor's degree. That might be the reason why student loan debt surpassed credit card debt, with more than $1 trillion in outstanding student loans.

Look, I get it, life is hard. No one is saying it isn't. But a Fox News wannabe running her mouth about how lazy people like me are while I manage 16 hour days tends to get me a little cranky. Maybe Bloomer should practice what she preaches by getting off her smartphone, shutting down her social media accounts, and do a little research on what millennials are actually experiencing. I hope she's willing to do the hard work.