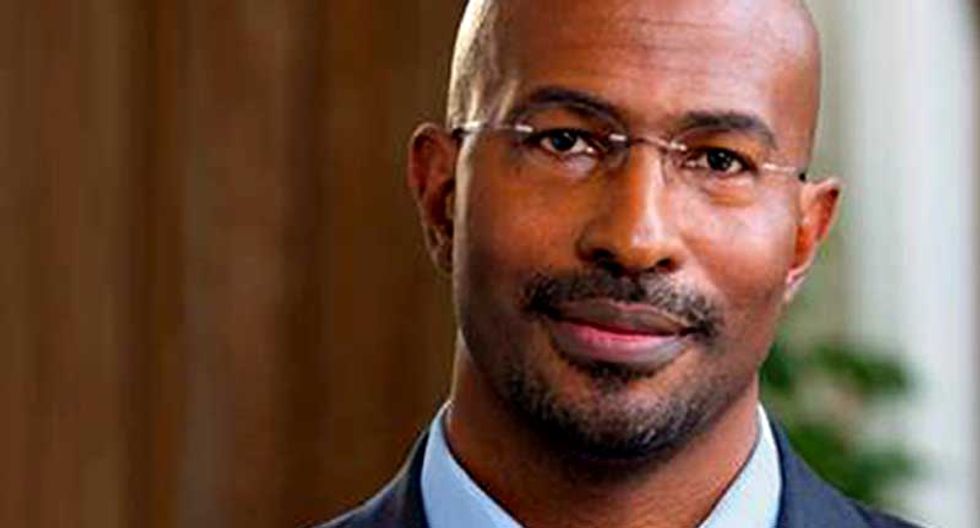 CNN's Van Jones opened up on Thursday about the more charitable side of Prince, explaining that the pop icon was reticent to discuss his efforts to help others.

"This is a man so much more than his music," Jones told host Jake Tapper in a phone interview. "The music is an expression of a genius that is so deep and so profound that only music could capture it and express it. But it's so much more than the music."

Jones explained that the singer and songwriter reached out to him after his resignation from President Barack Obama's administration in 2009, when his professional reputation was "toxic," and promised to help him with his post-White House projects.

The former Crossfire host also unwittingly undermined Fox News' argument earlier in the day that it was hard to see Prince as a "black artist." In fact, Jones said, Prince was the inspiration behind Yes We Code, his current project helping bring tech education to communities of color.

Jones also recalled Prince's tribute to Baltimore following the death of Freddie Gray, saying that the Minneapolis native supported the Black Lives Matter movement, and "had a dream for them," which he expressed during a performance at a rally there.