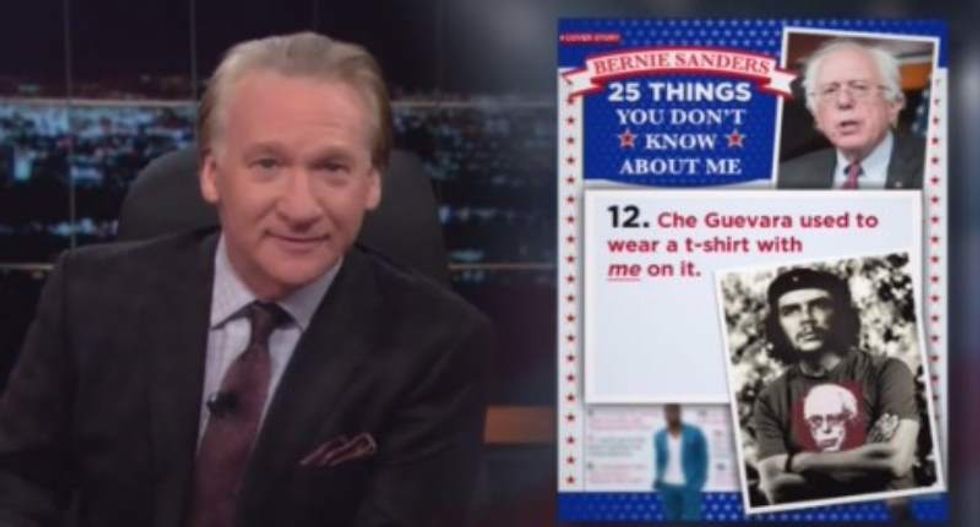 In the interest of equal time, Real Time host Bill Maher followed up on his "25 fun facts" series on Friday with some revelations about Sen. Bernie Sanders (I-VT).

As he did before going over Sen. Ted Cruz (R-TX) last week, Maher held up a copy of US magazine promising some facts about Sanders' Democratic opponent, Hillary Clinton.

"It's my guilty pleasure," he said of the magazine. "I need to know who wore it best."

He also dipped into an impersonation of Sanders as he went down the list, saying, "I'm known for having what my wife calls 'Resting Kvetch Face.'"

Maher also threw some jabs regarding Sanders' age, saying, "I cried when the Brooklyn Dodgers left Brooklyn -- which was embarrassing since I was 68," and "Smacking me on the back releases a dust cloud."

Watch Maher's monologue, as posted online on Friday, below.