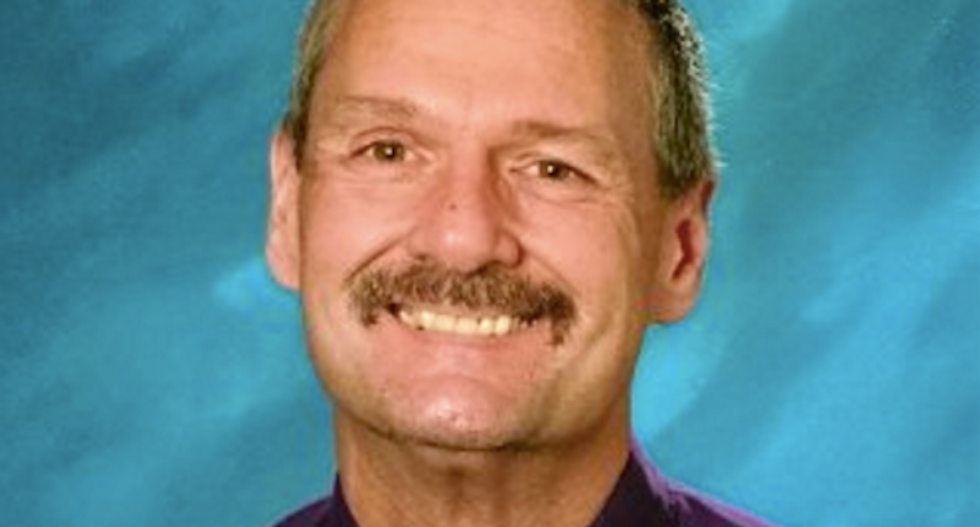 A West Virginia middle school teacher was suspended after berating a student who caught him watching inappropriate material in his office.

Jeffrey Province said he was the first student to arrive Tuesday to his math class at East Bank Middle School, where he saw his teacher looking at his computer, reported WOWK-TV.

"I saw something no 13-year-old should ever see in a school," said Jeffrey, a sixth-grader.

The boy said he reported what he'd seen to the principal -- and he said the teacher barged into his English class later that day to confront him.

Another student recorded cell phone video of the teacher, identified as Thomas Yohn, scolding the teen in front of his classmates.

"Next time you open your big, stinking mouth, pal, I will write you up and send you to the office for coming into my room without permission," Yohn says. "Is that clear?"

"What I watch as an adult is my choice," the teacher continues. "You as a child wait in the hall until you're invited into my room -- is that clear?"

Yohn then accused the student of attempting to blackmail him -- which the teen denies.

"He said, 'I'm going to get an A this quarter, or I am going to tell that you are watching inappropriate things on TV and I saw it,'" Yohn said.

"So go ahead, tell -- isn't that what I told you to do?" he continued. "Now I'm telling you, you keep your big flap shut. Because I'm a grownup and I can watch what I want, and if you ever set foot into my room without permission again it'll be the last time you step in my room -- is that clear?"

The teen's mother said school officials never contacted her about the incident, but she instead learned of it from social media.

"His grandpa said, 'You need to get on Facebook and watch this video,' and when I did I was shocked," said Carmelene Short, the boy's mother.

Short said school officials eventually told her that Yohn had been suspended during an internal investigation, but administrators declined to comment on the personnel matter.

Jeffrey stayed home from school Wednesday and said he can't imagine returning to school if Yohn is there.

"I was afraid that he would do something to hurt me, because I told on him and I might make him lose his job," the boy said. "So that's pretty much the reason why I'm scared."

Watch video of the incident posted online by WOWK-TV: