Why are Americans unwilling to pay for good public transportation? 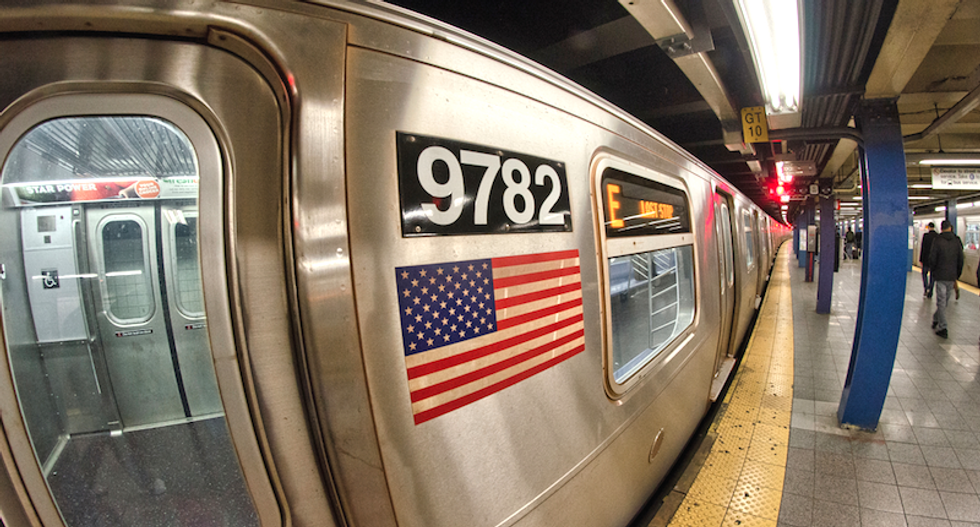 Officials in Washington, D.C. said this week they may have to shut down portions of the Metro subway system for months because its piecemeal approach to maintenance is no longer sufficient.

The disclosure follows a shutdown of the entire Metro system on March 16 for 24 hours. Three-quarters of a million people use the system each weekday, so the inconvenience and cost were considerable.

The reason: frayed electrical cables discovered in at least 26 locations that posed an immediate danger. Closing the Metro was probably the safest thing to do.

Just two days previously, an electrical fire in a tunnel forced stoppages to busy commuter service. In September 2015 a train was stuck inside a tunnel, and passengers choked for over an hour as smoke from a fire was accidentally pumped into the train. One woman died. In the last six years 15 people have died in seven separate incidents.

A system that opened to such fanfare in 1976 is now crumbling. It is a depressingly familiar story that is not limited to urban public transport. The U.S. has a major and growing infrastructure gap – though chasm is a more appropriate metaphor.

The quality of a country’s infrastructure is directly linked to its competitiveness because it makes businesses more productive and improves the quality of life. Why has the U.S. let its public transit slip so far?

From First to Third World

The American Society of Civil Engineers gives the nation’s infrastructure a D+. Its report from 2013 depicts a woeful tale of deferred maintenance. More than 70,000 bridges are in need of repair. We need around US$1.7 trillion for our surface transportation alone.

The week that the D.C. metro was closed, I was in Zurich, Switzerland. The contrast could not have been starker. There, a ticket is good for rail, bus and tram. It is clean and efficient, a widely shared experience and a deep source of pride. Most people in the country use public transport in the cities to get around. It is a vital part of urban public life.

In international comparisons, the U.S. is falling further behind. To fly from either Seoul or Shanghai into Los Angeles airport is to make the journey from a First World to a Third World airport. To fly into New York’s JFK from Zurich or most European capitals is to fly from the future into the past.

For people coming and going to Dulles – the main arrival point

for international travel – there is no Metro rail station, which would shield travelers from road traffic.

And when you arrive in Los Angeles or New York City airports, the public transport connections are often nonexistent or inadequate. If you fly into Dulles, the main international airport for D.C., you will wait in vain for a train to the city (although buses are available). The Metro has yet to link the city to the airport, 40 years after the system opened.

Now Switzerland, which ranks at the top globally for overall infrastructure, may be a reach for the U.S. But when the U.S. ranks 16th for infrastructure quality, easily outranked by countries such as France and Spain, then we should start worrying.

There are substantial costs to the decline of our public transportation system. Closures, accidents and inefficiencies cost individuals and companies and reduce the efficiency of our national economy. Poor infrastructure means Americans spend $120 billion each year in extra fuel and lost time.

To some extent, this state of affairs should be no surprise.

Our competitors are out-investing us in the vital infrastructure necessary to make our economy efficient and internationally competitive. Even when our public infrastructure spending is higher than our competitors, it is less well-targeted because decisions are more politically motivated than based on economic rationality.

We seem unwilling to pay for public services. Our declining road system, for example, is funded by the Highway Trust Fund, which is derived from a gas tax of 18.4 cents per gallon. It has not been raised since 1993, and more fuel-efficient vehicles means less revenue. Raising the gas tax is not considered politically feasible, even in a time of declining gas prices.

At least four reasons can be cited for the decline in the quality of urban public transportation.

The first is the early and continuing embrace of the private car as a form of urban transport. In Europe, expensive gas and restrictive land use measures kept people in dense cities, and urban growth followed along the lines of mass transit, reinforcing and consolidating their use.

In the U.S. growth spread across a landscape of freeways and motorway exits, encouraged by federal investment in the national highway system in the 1950s. As low-density suburban sprawl spread, public transport became less viable. New suburbs and Sunbelt cities constructed in the last half of the 20th century were built around the private automobile.

Encouraged by the construction of the highway infrastructure, Americans moved out to the suburbs and started to rely more on cars, rather than public transit, to get into cities.

Over time, Republican-dominated suburbs came to see mass transit as a special Democratic interest and voted accordingly. For example, the mayor of Nashville’s plans for public transport last year were blocked by state politicians and right-wing national interest groups.

Second, as cities were designed to meet the needs of the motorist, mass transit systems that had been owned by private companies were abandoned or effectively dismantled in the late 1940s and throughout the 1950s because they were losing money.

As a result, many mass transit systems were taken over by municipalities. This led to a high-cost, low-revenue system dependent on the vagaries of federal, state and city funding. Meanwhile, car drivers were economic free riders, not charged for the social costs of their accidents, pollution and congestion.

The third reason is that all infrastructure ages and needs costly maintenance and continual improvement, yet funding is often constrained.

Even when new transit systems were built, such as in D.C., or existing ones were upgraded, as in New York City and Boston, they still had to be maintained, which takes up large chunks of public money without the benefit of a ribbon-cutting ceremony.

Building something new gives politicians a photo opportunity, replacing a frayed electrical cable does not. And there are many other claims on government such as pensions, schools, Social Security and a large military. Our infrastructure chasm is a quiet, slow-moving but relentless crisis only brought into focus when wires fray to the point of immediate danger.

Across the country, transit systems have a backlog of deferred maintenance. Chicago Transit Authority, for instance, spent $5 billion on infrastructure upgrades in the past five years, but needs another $13 billion. Cities in the U.S. have a repair backlog that amounts to $86 billion.

Fourth, there is a deeper tension in the U.S., first noted by economist Kenneth Galbraith, between private affluence and public squalor.

This thinking has made our cities less about shared experiences and more a place of different lives and separated spaces.

There is some room for optimism. A series of reports highlight the advantage of investing more in public transport. And as more people want to live in cities in dense walkable neighborhoods, the demand for public transport is increasing.

Ridership rates vary by city and with the price of gas, but the overall usage trend is upwards. The top 10 transit systems carry 12.6 million people each workday.

And millennials lack their parents' and grandparents' love affair with the automobile. We may be at the cusp of a generational shift in attitudes to the car and mass transit. Cities and cars were never a good fit, something more people appear to be realizing.

Urban public transport may come to be seen as a more desirable, more sustainable, more equitable way of getting around the city. If only we can remember to ensure we have enough money to replace those electric cables before they pose a serious danger.