Why sailing to the stars has suddenly become a realistic goal 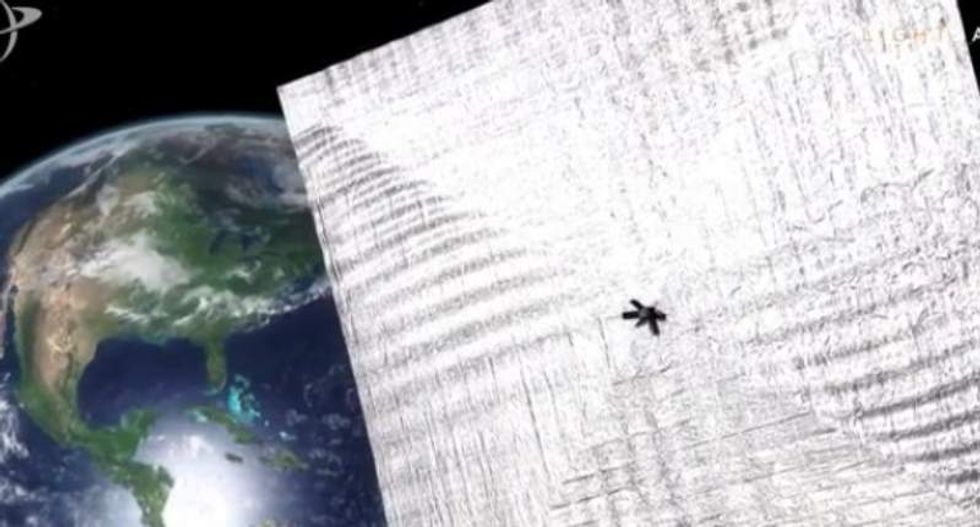 It takes a bold person to declare that interstellar travel is now within our grasp. Physicist Stephen Hawking has shown that he is just that, taking part in the Breakthrough Starshot initiative. The project has announced a $100m research programme to investigate the technology of using light to propel spacecraft out of the solar system to explore neighbouring stars. For the first time in human history, interstellar travel is a realistic and achievable aspiration, and not just the playground of science fiction.

So what has changed that makes interstellar travel achievable? First of all, clear expectations. This is not about a great big spaceship with a colony of astronauts travelling for generations to settle a planet around a distant star. Neither is it about faster-than-light travel, tunnelling through wormholes to arrive at the other side of the universe in an instant of time. This is about technology that already exists, or nearly exists, being applied in new and exciting ways.

The technology is that of solar sails combined with the ability to miniaturize instruments. The idea behind solar sails is that the light that streams from the sun can be used to propel an object. Gradually, as the object is moved, it accelerates and builds up speed, eventually reaching values that are a significant fraction of the speed of light. So far, tests have been made on sails that are many metres across, carrying payloads of kilograms in weight. And the technology works – both the European Space Agency and NASA have developed systems that could be applied to spacecraft. To work efficiently, these sails need to be several metres across, just as a sail on a sea-going vessel needs to be a certain size to catch enough wind to push a ship forward. 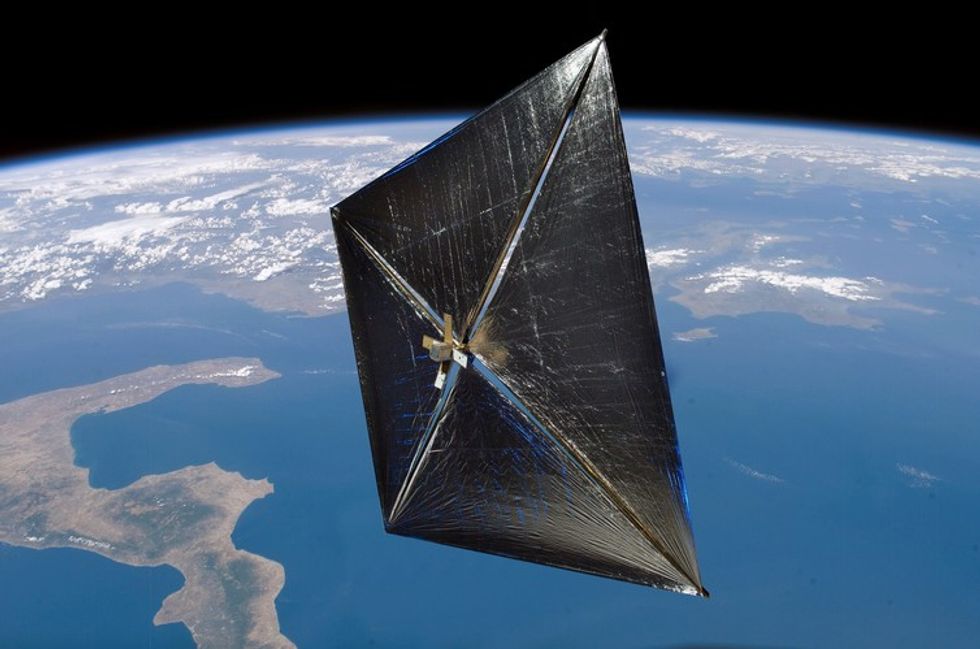 Miniaturisation of instruments has been a significant driver of space exploration ever since the launch of Sputnik, the first artificial satellite to orbit the Earth. The ideal instrument for a space mission has minimal mass and requires minimal power. These requirements led to the concept of CubeSat, a tiny satellite where a standard platform has been developed onto which different instruments could be fitted. The entire satellite can also be launched by a variety of different vehicles.

We can all appreciate the rate at which equipment is getting ever smaller – a quick glance at a smart phone, with its powerful camera, ability to record and store gigabytes-worth of sound and images shows where technology sits at the moment. There have been proposals to use a CubeSat to launch multiple tiny probes carrying instruments to the moon and to Mars. Breakthrough Starshot, though, will be a single microchip – a spacechip that is a spaceship (and vice versa!).

The concept is to have individual microchips each propelled by a solar sail. Given that the sail is likely to be much, much bigger than the vessel – the spacechip is likely to be of the order of a centimetre long – there are practical as well as technological difficulties to overcome. But attaching the sail to the ship is probably one of the least serious potential problems.

Interplanetary and interstellar space are full of hazards for a tiny traveller. The two greatest hazards will be dust and radiation. Even though there have been great advances in production of thin but strong materials that would make appropriate solar sails, a dust grain travelling at speed could rip a sail apart. Also, microchips are very sensitive to high doses of radiation – and interstellar space is shot through by cosmic rays. While the chips are still within the solar system, how vulnerable will they be to changes in the solar wind?

Once all the technological development has taken place, and the chips are launched – which might be sooner rather than later, if the Breakthrough Starshot initiative is successful – where will they go and what will they do when they get there? The idea is that they will travel to our nearest neighbour beyond our Solar System, Alpha Centauri, taking about 20 years to get there, travelling at a speed of about 60,000 km per second (or 135m miles per hour).

This is not just an amazingly short time to travel a distance of 40 trillion km, it is also a reasonable length of time for a space mission to last – think of how long the Hubble Space Telescope has been operating and returning spectacular images. En route for Alpha Centauri, the chips will act as tourists – taking pictures, meeting the local inhabitants (planets? comets?), and looking at the scenery (such as more distant stars).

These findings in themselves are probably sufficient scientific justification for the project. For example, we have never seen a star or a supernova from interstellar space – we are always looking through the lens of the solar system. Once the tiny travellers reach Alpha Centauri, the instruments will make measurements of a stellar system, giving us – again for the first time – a detailed insight into stars that are different from our own. They might even find planets and moons.

We’ve had talk of surfing on gravitational waves to travel in time – which is still very much science fiction. Now, though, we are sailing in a solar wind, and interstellar travel is within our grasp. We might not yet be at the stage of interstellar travel for people, but being able to see what it is like to travel through interstellar space while still in the comfort of our own home is certainly a first step.