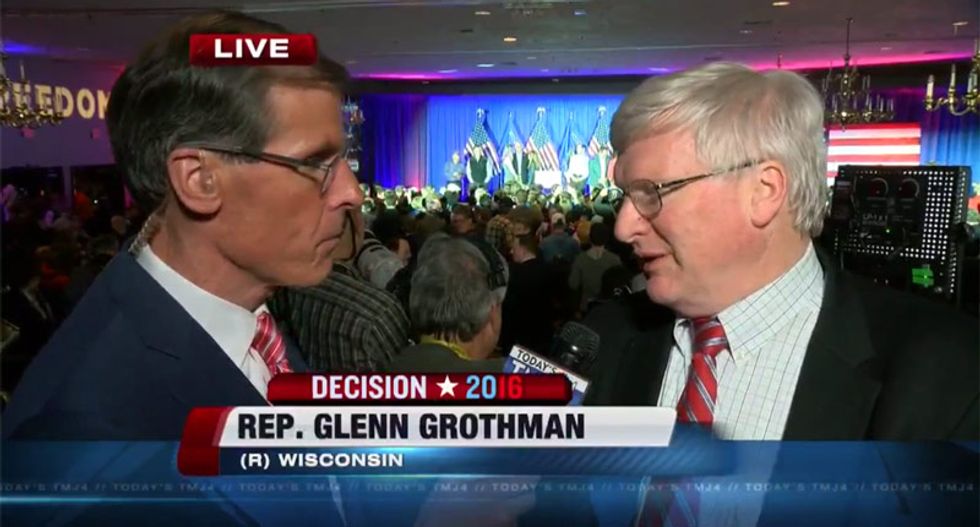 A Republican congressman has openly said that Wisconsin's new voter ID law can tip the scale in November for this key presidential swing state.

Rep. Glenn Grothman made the comment to the local NBC affiliate, in an interview at Ted Cruz's primary victory party in Milwaukee.

"Take me forward to November — you know that a lot of Republicans, since 1984 in the presidential races, have not been able to win in Wisconsin," said local reporter Charles Benson. "Why would it be any different for Ted Cruz, or a Donald Trump?"

"Well, I think Hillary Clinton is about the weakest candidate the Democrats have ever put up," Grothman said, before then adding: "And now we have photo ID — and I think photo ID is gonna make a little bit of a difference, as well."

Wisconsin's voter ID law, in effect for the first time this year after surviving a series of court challenges since its passage in 2011, contributed in part to massive lines at college campuses to vote in Tuesday's primary.