Amazing things poop can tell you about an animal's health 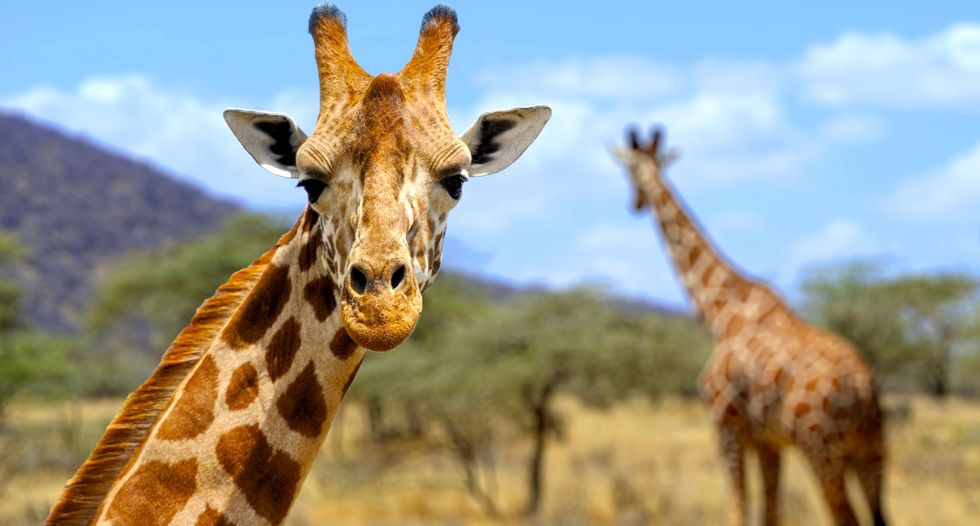 Caring for zoo animals requires the ability to deal with an awful lot of poo … or dung, excrement, animal waste, or faeces (the latter being used if you want to be more technical). Shovelling the proverbial is often how we start and end our day in the zoo. But aside from ensuring that we provide animals with clean environments, this process of collecting animal poo is also a vital part of their healthcare.

A quick Web of Science search for “faeces + zoo + animal” demonstrates just how reliant we are on poo in the zoo research and veterinary community – nearly 1,000 research articles contain a reference to faecal material from animals in zoos over the past 60 years. That means that the scientific community publishes an article on zoo animal poo at least once a month.

So, as a scientist, why am I so interested? Well, first, it’s often one of the easiest samples to get hold of from a zoo animal. You don’t need to touch the animal in order to obtain the sample, so it’s non-invasive (important from both a safety and ethical perspective).

Second, all animals produce it. It comes in all shapes and sizes and some do it in vast quantities, such as the 100kg+ of dung produced daily by an elephant. But most creatures produce manageable volumes that permit analytical techniques to be employed in a reliable manner.

What poo tells us

So what can a poo sample reveal? Let’s start with some of the more obvious aspects of poo-ology: just the presence of fresh faecal material in an animal’s enclosure assures us that the animal’s gastrointestinal tract is moving. Constipation has serious health consequences for any animal, including potential toxicities, so we need to ensure that an animal is passing faeces as often as it should be.

But this isn’t always as simple as it sounds. Some snakes only pass faeces once every three months, while the world’s smallest bat, the bumblebee bat has poo that is apparently as small as a pin head, making it very hard to see. So we need to establish our “species norms” before we start using poo as an indicator in any type of health check.

Another common use of faeces in zoos is for disease monitoring. Samples can be analysed for internal parasites, such as worms and pathogens (for example bacteria or fungi) that may indicate gastrointestinal problems or even zoonotic diseases – those that can be spread from animals to humans.

Many zoos will implement a routine faecal screening programme for their animals and this allows zoo vets to respond quickly if symptoms of disease or parasites are found, often before clinical symptoms of ill health are shown by the animal. It is also a valuable tool for monitoring the effect of any treatments, such as de-wormers.

Some of the research projects that I’ve been involved in recently have investigated aspects of the use of de-wormers in cheetahs and support a diagnosis-based approach. This means that, instead of routinely de-worming the animals, we should first check to see if they have any parasites present.

But it’s not just about what’s inside the poo – you can tell a lot about an animal’s gut health just by looking at its faeces. I used a faecal consistency (shape and texture) scoring system – similar to the Bristol Stool Scale for humans – to investigate how diet influences gastrointestinal disease in captive cheetahs.

My colleagues and I were able to identify some key dietary risk factors for gastrointestinal disease in cheetahs, just by asking the cats' keepers about their animals’ poo. For example, animals that were fed rib bones at least once a week were much less likely to have experienced diarrhoea.

A similar study was conducted with captive tapir and enabled the generation of feeding recommendations aimed at reducing obesity in this species.

Colour and smell are also important. For example, the faeces of raptors (which is actually a combination of urine and faeces) will turn green when the bird has an empty gastrointestinal tract. This is important when attempting to regulate meal frequency since overfeeding can lead to infections and obesity. Green faeces in raptors can also indicate lead poisoning when combined with other symptoms.

Understanding how zoo animals digest and utilise the diets we provide is an important step in improving zoo animal nutrition. We can measure the digestibility of key nutrients by analysing faecal samples, and we can also study aspects of the animals’ gastrointestinal function by using indigestible markers and recording the time it takes from ingestion to excretion of these markers.

We also use these types of markers to help us determine a poo’s owner when animals are pair or group housed. I’ve spent hours pulling zoo carnivore faeces apart looking for bits of glitter (yes, the same stuff you might find in your child’s art box), lentils, or corn kernels just to figure out whose poo is who’s.

Raptor: but when did it last eat?

In another study with colleagues in Belgium, faecal samples from captive cheetahs were analysed for products of hindgut fermentation (the efforts of all those microorganisms that live inside animal guts, including our own) to determine the beneficial role that animal fibre, such as cartilage, bone or fur, plays in this species.

The microbes that live inside the cheetah have also begun to be characterised, all thanks to that brown smelly stuff! As with the growing interest in the human microbiome, differences due to genetics, diet and the environment are also being characterised from a zoo animal faecal perspective.

Windows into the mind

Likewise, poo is important for monitoring zoo animals' welfare as we can measure hormones called glucocorticoids and their metabolites which provide an indicator of excitement and/or stress. By performing long-term studies of the concentrations and patterns of these hormones in animal poo, and combining them with behavioural data, we can learn a great deal about how a zoo animal is experiencing its captive environment.

Rather less savoury is coprophagia. This is the term given to the behaviour of eating faeces, either the animal’s own, or that of others. Some species have digestive adaptations that require coprophagia to be part of their normal feeding behaviour. A well-known example is the domestic rabbit.

In a zoo setting, coprophagia is also an important element of the nutritional physiology of a range of herbivores including capybaras, some lemurs, mara, and beavers. However, in some species, coprophagia is considered an abnormal behaviour which may have nutritional origins or be indicative of compromised welfare.

Regardless of how it is used, though, those caring for animals should never underestimate the importance of a poo.