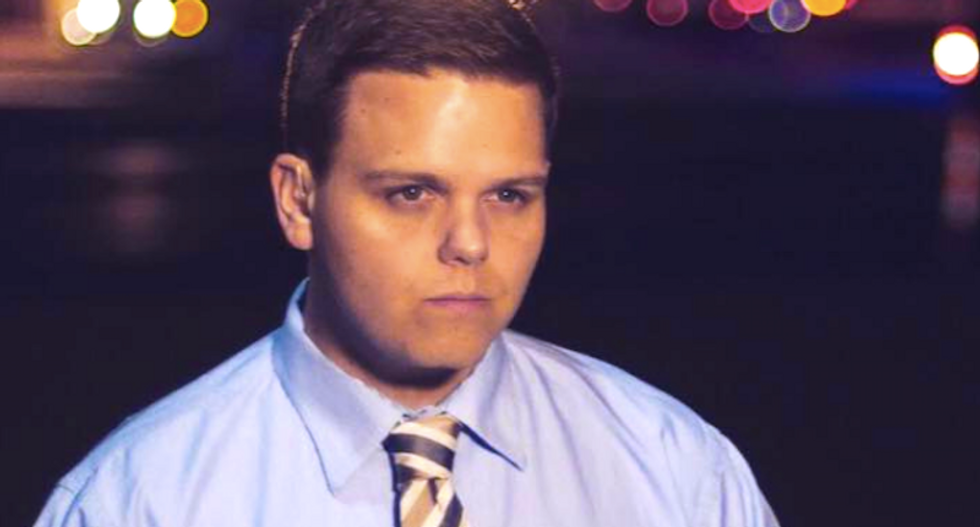 An Arkansas TV reporter shared an email he got from a viewer who doesn't think gay people should be allowed to report broadcast news -- and he responded with tact and grace.

Mitchell McCoy, a reporter for KARK-TV, shared the angry email Monday afternoon on his Twitter account, and he shared an inspirational message about his own career.

The viewer, who signed the email as "kark Channel 4 fan," complained about McCoy's "gayness" and demanded he be removed from the airwaves.

"I’ve been holding back for months but I can’t stand your gayness," the viewer complained. "Our children should not be watching people like you. You are a disgrace to Arkansas and I will be asking your boss to take you off."

The viewer ended the rant with something like a conciliatory gesture and blamed his or her homophobic views on other people.

"Do not be offended (but) society is not ready for gay men reading the news," the viewer said.

McCoy expressed shock at the viewer's email -- and he urged others to follow their dreams.

"I get many emails but this tops it," McCoy said. "I've dreamt of being a reporter since I was 9 and I won't stop on your behalf."

McCoy's boss expressed support for the reporter, and it doesn't sound like he'll be taken off the air to placate the angry viewer.

"As public figures, our journalists often receive messages from viewers — some good, some bad," said KARK news director Austin Kellerman. "It's part of our profession. Mitch is a great journalist, and we're happy to have him on our team."

Check out some of McCoy's reporting in this highlight reel he posted online: