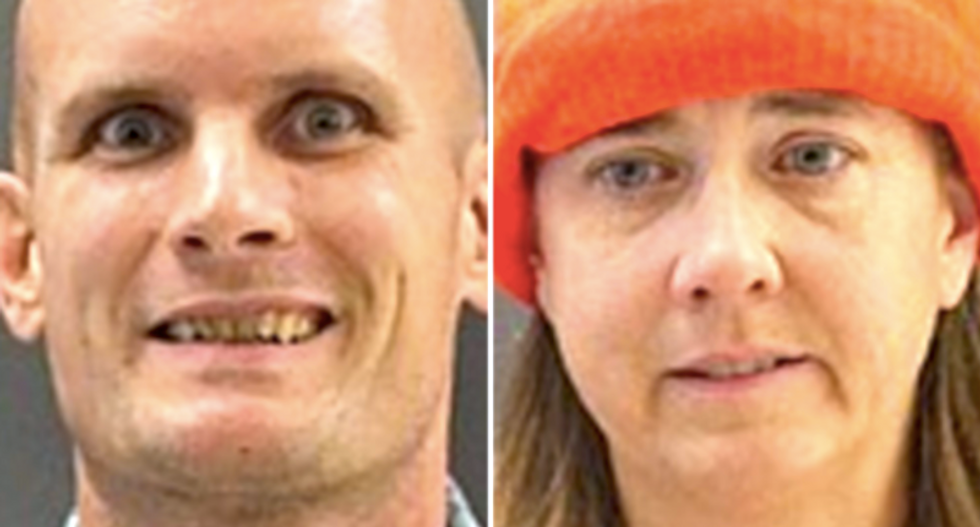 A couple accused of squatting in a $900,000 Arizona home read a Bible in court to claim they must be able to speak to one another in prison because they are one person -- but have separate brains.

Randall and Jennifer Skates claim they are exempt from court jurisdiction after they were accused of moving into a bank-owned home in Prescott and claiming it as their own, reported The Daily Courier.

They cite legal theories associated with the "sovereign citizen" movement to challenge their prosecution, although they deny actually being so-called sovereign citizens.

The 37-year-old Randall Skates and his 45-year-old wife argued during their arraignment last month that the court had no jurisdiction because the U.S. and Arizona flags in the courtroom had gold fringe around them, which they claimed meant it was a maritime court.

They also disputed whether they were the same people identified in charging documents because those names were typed in all capital letters.

The couple even disputed whether the court proceedings were being conducted in English, although Randall Skates finally conceded that the judge's questions might have been in that language.

“That sounds like English, and as far as I understand English, yes,” he admitted after a series of questions.

Jennifer Skates asked during a court hearing last week to be permitted to speak to her husband while jailed on $20,000 bond, and she tearfully read a Bible verse to demonstrate that they were “no more twain, but one flesh.”

“We are one person, but we have two brains -- and he knows some things and I know other things," Jennifer Skates said. "So we need to be able to confer with one another.”

The judge did not grant her request, and prosecutors questioned whether she should still be able to represent herself in court, as her husband also is doing.

Randall Skates did not verbally request to speak to his wife, but he filed 27 pages of motions and argued that he should be set free because he never consented to be prosecuted.

The judge reduced his bond from $1 million to $40,000, and the judge reminded Randall Skates that his motions could delay the start of his trial.

The defendant calmly stated his religious views before he was taken back to jail.

“I would just like to let everyone know that I’ve confessed the salvation that Jesus Christ has brought us all and I hope that everyone else in the room has as well,” Randall Skates said.