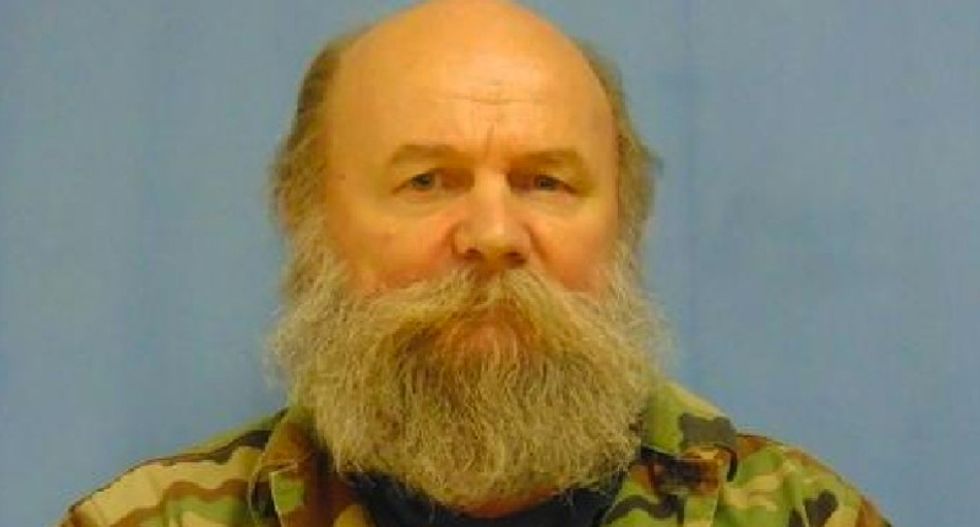 A Mineral Springs man was taken back into custody after a judge ruled he was a threat to the community for mailing threatening letters to lawmakers over Common Core standards in the schools, reports Arkansas Online.

Maverick Dean Bryan, 55, has been out on bond since March 28, and faces seven counts of mailing threatening communications to mayors in seven different Arkansas cities.

According to court documents, Bryan threatened to hang the mayors of  Ashdown, Hope, De Queen, Lewisville, Nashville, Prescott and Murfreesboro from the “mighty oaks” on their courthouse lawns if they didn’t force local schools to replace the Common Core curriculum with the Bible.

Saying Bryan, "has repeatedly demonstrated his unwillingness to abide by the laws concerning the possession of firearms by a convicted felon," U.S. District Judge Susan Hickey sent him back to jail on the recommendation of federals prosecutors.

During depositions, Bryan admitted to placing ads in a local paper seeking $23 million to raise a Christian army to overthrow the U.S. government.

Prosecutors stated that Bryan’s letter also demanded that the mayors no longer honor votes cast by anyone who is homosexual, Muslim, socialist, communist, atheist, or anyone who worships a God other than Jesus Christ.

He also demanded those people be required to "exit."

Bryan's trial is slated for later this month.