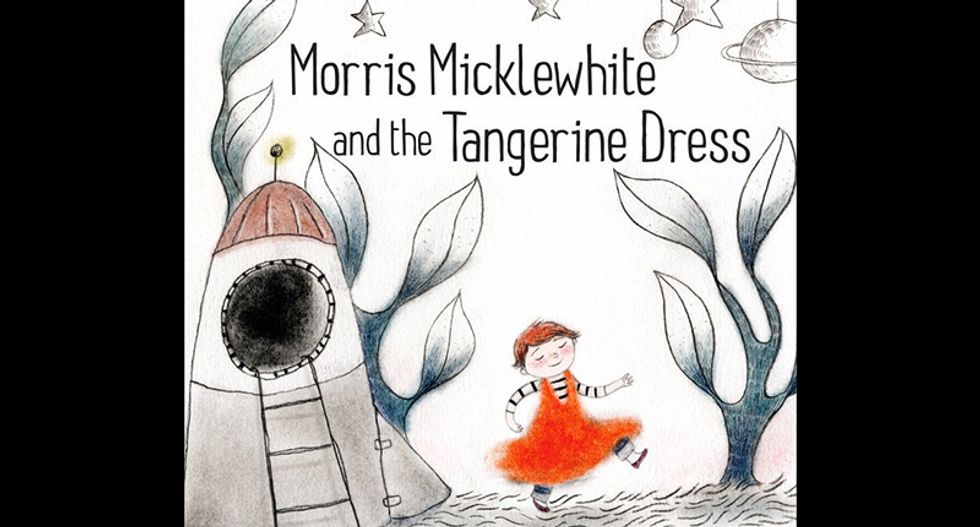 While the book isn't part of a specific class or required reading, it was recently used because students were asking questions about why some people dress different than them, according to WOOD-TV.

In the story, Morris is laughed at by his classmates, but eventually, he helps them to understand that he likes wearing the dress because it's the same color as a tiger, the sun and his mom's hair. The story aims to teach children acceptance and stop bullying.

The parent who has such a big problem is a 35-year-old Army veteran and fundamentalist Christian, Lee Markham. He told WOOD-TV he was discharged in 2010 after an IED blew up in his face in Afghanistan.

“What the heck is going on?” Markham said. “This book is not just talking about accepting another viewpoint, it’s promoting another life.”

“We’re talking about one way to live life, but what about the other way, y’know, sorry to say it, the normal way what’s the benefit of actually adhering to societal norms,” Markham said.

"I don't want Morris being labeled at all, whether it be transgender, gay, or straight. Right now, he's a boy expressing himself, and that's all we know and should care about," explained author Christine Baldacchino, who told MLive she didn't expect such a backlash.

"The main focus of the book is on children being bullied."

One of the numerous book awards it has received is the Stonewall Honor Books in Children's and Young Adult Literature last year.

Amazon.com lists it with multiple positive reviews and two critical of the book. One angry parent sounded off after her child was exposed to the book she believes is "against God."

I seldom write reviews, but this book was read to my child in 3RD GRADE!!! Parents were not notified, and some teacher thought it was good since there is ONE child whose parents let him wear skirts to school. Teaching boys to ACCEPT this is WRONG!!! THIS BOOK IS AGAINST GOD!!! You parents who let their children 'express' their gender inappropriately at school should know better!!! Boys are boys, and should behave and dress as such. This is not tolerance, and this is not about bullying. This is a scathing indictment of the breakdown of American morality. We are literally celebrating perversion!!! You can bet there will be a lawsuit at our school.

"As the makeup of our community continues to reflect the entire world, teachers used students' questions and observations as an opportunity to see that, from a global perspective, people may dress in ways that are different from what they may be used to seeing," Forest Hills Superintendent Dan Behm told MLive.

He wouldn't reveal what the age or grade of the student whose parent had the problem, but he did say that the book was well received by the students. He emphasized that the kids associated it with other differences they see in people every day such as hairstyles, hobbies and sports preferences.

"The students showed an easy understanding of this new learning and were ready to move on to know more about math, language arts, science, geography, and the arts," he said.

“His First Amendment right to his freedom of religion wasn’t addressed at all and instead another way of life is just put right in front of him. I just wonder who’s gonna correct all the damage that was done,” Markham reiterated.

Behm said he is aware a parent has a problem with the book but that it will not be taken off the shelves.

Here's the full news report from WOOD-TV below: