Bernie Sanders ridicules 'tough guy' Trump for ducking debate: 'What are you afraid of?' 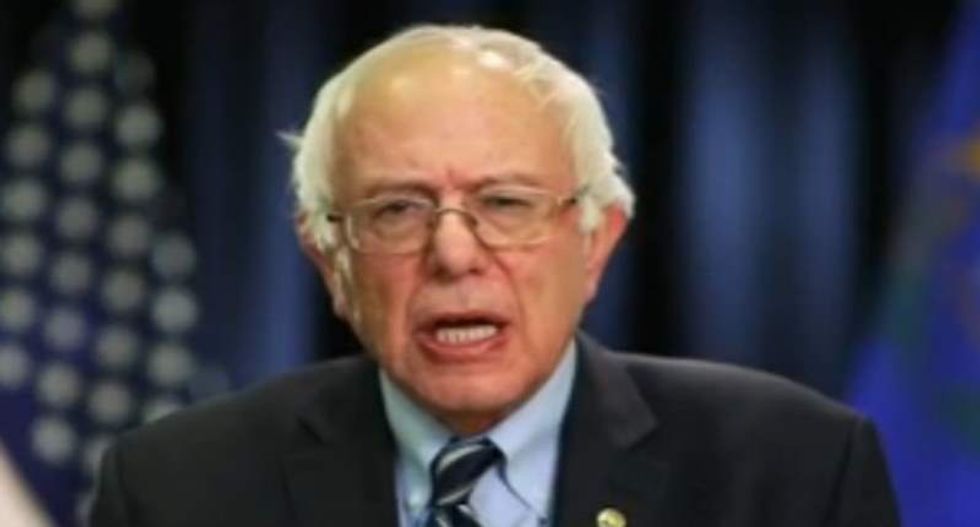 Sen. Bernie Sanders (I-VT) had a bemused response on Friday to Donald Trump's decision to back out of a suggested debate between the two.

"Well, Mr. Trump, what are you afraid of?" the Democratic candidate said.

Sanders said reporters were the first to inform him that Trump pulled out of the prospective debate, shortly after a tech firm offered to put up the $10 million donation the presumptive Republican presidential nominee had named as a condition.

"Mr. Trump comes across as a big tough guy," Sanders said. "If you're so tough, let's sit down and have that debate."

The legislator, who trails former Secretary of State Hillary Clinton in the race for the Democratic Party nomination, expressed hope that Trump would change his mind, arguing that the two had much to debate -- including Trump's anti-immigrant and anti-Muslim rhetoric.

"I want [Trump] to tell the American people why you think that's constructive," said Sanders.

Watch footage of Sanders' remarks, as posted online on Friday, below.