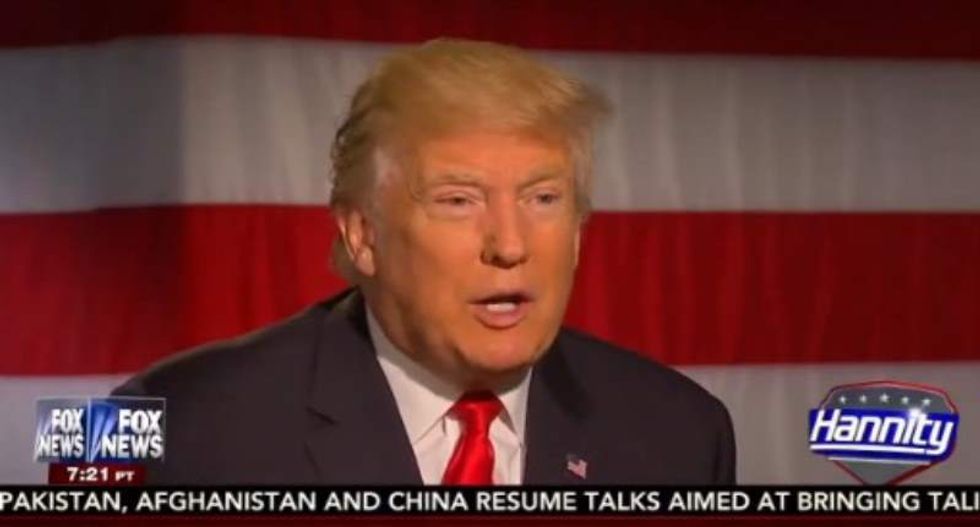 Donald Trump reneged on his intention to debate Sen. Bernie Sanders on Friday in a brief statement on his website.

"Based on the fact that the Democratic nominating process is totally rigged and Crooked Hillary Clinton and Deborah Wasserman Schultz will not allow Bernie Sanders to win, and now that I am the presumptive Republican nominee, it seems inappropriate that I would debate the second place finisher," the statement read.

The statement came to light shortly after Traction and Scale CEO Richie Hecker volunteered to offer the $10 million the GOP nominee had wanted to be donated to charity as a condition of debating Sanders.

WATCH: Bernie Sanders ridicules ‘tough guy’ Trump for ducking debate: ‘What are you afraid of?’

"The networks want to make a killing on these events and are not proving to be too generous to charitable causes, in this case, women's health issues," Trump said in his statement. "Therefore, as much as I want to debate Bernie Sanders -- and it would be an easy payday -- I will wait to debate the first place finisher in the Democratic Party, probably Crooked Hillary Clinton, or whoever it may be."

The prospect of a debate between the senator and the real estate magnate came about following Trump's appearance on Jimmy Kimmel Live earlier this week, when Trump expressed willingness to engage with Sanders, who currently trails Clinton for the Democratic Party presidential nomination.