Bill Maher hammers 'Lady Trump': Hillary was born a woman -- but you're a 'whiny little b*tch' 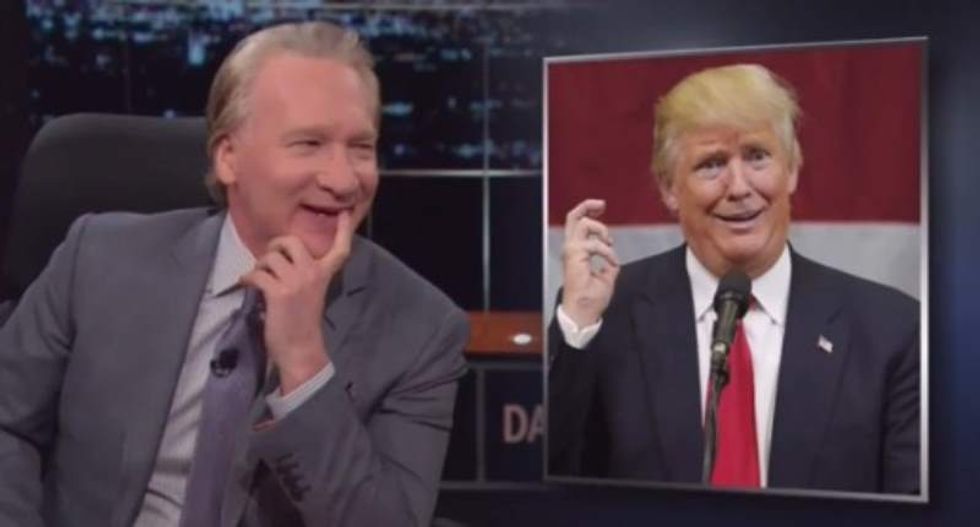 Bill Maher ended Friday's episode of Real Time by once again mocking Donald Trump's masculinity, arguing that the stereotypes about 1950s housewives really do apply to the Republican candidate.

"Never forget, Lady Trump, that Hillary Clinton was born a woman," he said. "But you chose to live your life as a whiny little b*tch. Which is why, if Hillary is the Democratic nominee, I'll be voting for the only one who has balls."

Maher recalled that the real estate mogul once sued him for "challenging" him to prove he was not the son of an orangutan in response to Trump's "birther" rhetoric concerning President Barack Obama.

"I sure hope this 'man' gets elected so the world respects us again," Maher said sarcastically, adding, "He makes Lindsey Graham look like Vin Diesel. This isn't presidential -- it's Glenn Close boiling the rabbit."

And like a "daffy" housewife of the '50s, the host said, Trump can't balance a checkbook.