Can you imagine a world without Budweiser? We can. 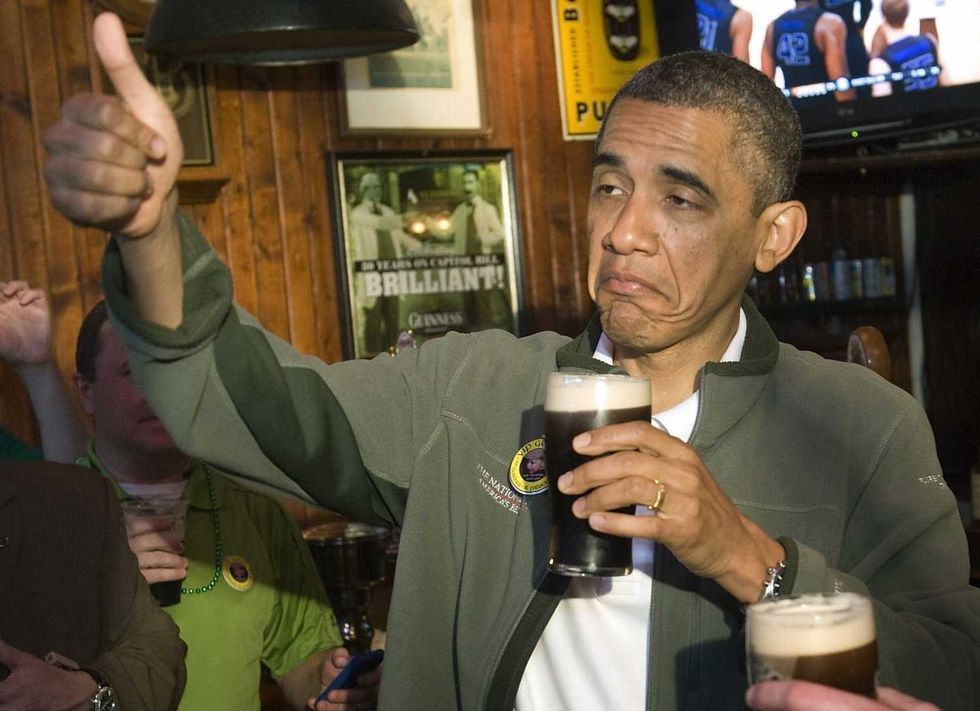 Budweiser, the so-called King of Beers, may be on its last kegs.

It may seem odd to picture the demise of the flagship brand of the world’s largest beer company. But Anheuser-Busch – the U.S.-based unit of AB InBev – is following in the footsteps that led to the irrelevance of a host of other once-dominant companies – Eastman Kodak, Woolworth’s Department Stores, Bethlehem Steel and Blockbuster Video, to name a few.

While AB InBev shareholders are cheering each move to boost short-term profitability by snapping up other companies – including the US$110 billion takeover of rival SABMiller – CEO Carlos Brito may be unwittingly digging Anheuser-Busch’s grave by ignoring long-term trends.

How could the rational pursuit of profits and growth through acquisition mean the beginning of the end for Anheuser-Busch?

This, we would argue, is a case of disruption theory in action. And the disruptors are the growing ranks of craft brewers that are collectively changing the industry and beer consumption habits as consumers increasingly shun Anheuser-Busch and its products – the disrupted – for beers made locally and with a wider variety of higher-quality ingredients.

It’s something we’ve witnessed firsthand, in our own research and through an online community called Crafting A Strategy that two of us set up to share knowledge in the beer industry.

Harvard Business School Professor Clay Christensen coined the phrase “disruptive innovation” in 1995 to describe how a new product or service initially takes root at the bottom of a market and then relentlessly moves upmarket, eventually displacing established competitors.

Let’s consider each criterion in turn in the case of the beer industry. 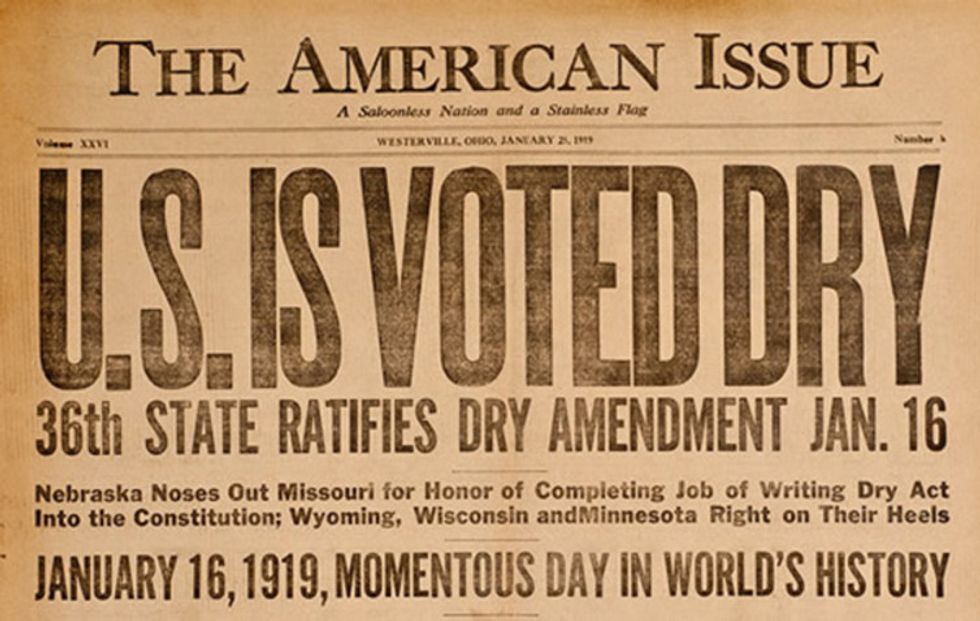 Prohibition became the law of the land in 1919.

1. Large populations of consumers who have not had the means to make the product themselves and have gone without it altogether.

For most of the 20th century, high-quality craft beer was in short supply.

The bigger brewers mass-produced what one anonymous Midwest “braumeister” described as “flavored water,” while home brewing was illegal in the U.S. until relatively recently.

In the words of Bill Coors, Adolph Coors chairman and CEO, in 1987:

You could make Coors from swamp water and it would be exactly the same.

The repeal of Prohibition in 1933 didn’t include home brewing, which meant few people knew how to brew and new brewery start-ups were rare. The number of brewers dwindled from several thousand prior to Prohibition to about 100 in the late ‘70’s.

That marked a turning point, as a new federal law finally made home brewing legal again. But other laws remained in force in the ‘80’s and '90’s that didn’t allow early craft brewers to sell directly to consumers, forcing them to first sell to a wholesaler that would then distribute the beer to a retail grocer or bar. This system meant the only way to make a reasonable profit was to go big and leverage economies of scale to ensure your product was featured by distributors. 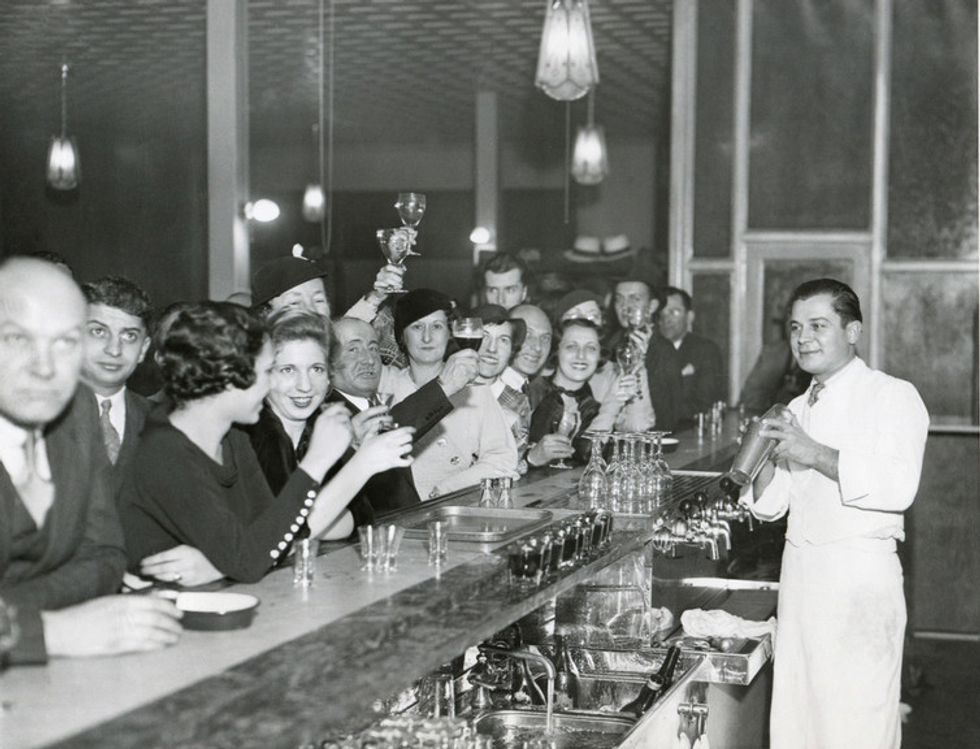 Revelers celebrate with a pint after prohibition is repealed.

2. Customers who use the product need to go to an inconvenient, centralized location.

There were only 89 breweries in America in the late 1970s, and their distribution model meant that consumers had very few choices. In particular, they had inconvenient or no access to craft beer. They generally drank Bud, Pabst, Schlitz, Miller, Coors, etc. By 1981, these brewers controlled 76 percent of the U.S. market.

In other words, you had a large population without easy access to well-crafted beer and a system that centralized production and tightly controlled distribution. This created an opportunity for disruption, in the view of Christensen. The question was, would something change that allowed a larger population to make beer and sell the product more directly to consumers?

3. A technology/business model is developed so that a large population can begin owning and using, in a more convenient context, something that historically was available only in a centralized, inconvenient location.

In the beer story, that game-changing innovation was the brewpub business model. This became possible after laws began to change in the 1980s to allow over-the-counter sales of beer produced in-house.

Yakima Brewing and Malting Inc. opened in Washington state in 1982 and was closely followed by California’s Mendocino Brewing in 1983. The advent of microbreweries coincided with other industry trends that made it easier to make a profit from small production. There was also growing ideological opposition to the incumbent sector.

Collectively, these changes drove the craft beer revolution in the U.S.

Microbreweries represented a new strategy in the brewing industry: rather than competing on the basis of price or advertising, they attempted to compete on the basis of inherent product characteristics.

The result? The number of new breweries has grown exponentially, recently surpassing the 1873 U.S. record of 4,131 breweries that now occupy every state.

Disruption works because the initial business models or technologies of the eventual disruptors don’t perform as well as existing ones, so little attention is paid by the incumbents. N. Taylor Thompson succinctly summarized new market disruption as:

a cheaper, more accessible, and worse-performing (business model) that turns non-consumers into customers.

From a financial perspective, chasing a smaller group of nonconsumers (like craft beer drinkers) who want only beer that costs a lot to make seems like a relatively foolish use of assets. Instead, executives at AB InBev, which is also known for beers including Corona, Stella Artois and Michelob, understood that making light lagers at a 30 percent to 33 percent operating margin allowed them to earn the most money out of each dollar spent. They ignored craft for so long because craft breweries typically operate on an unattractive 2-5 percent margin.

While being ignored, craft beer producers learned and improved without needing to focus attention on direct competition from the large incumbents, pushing operating margins higher and getting the attention of wholesalers who were keen to the changing buying habits among beer drinkers. As a result, their operating margins soared, even as their scale remained relatively small. Boston Beer Company’s operating margins, for example, have crept up to 16.3 percent. 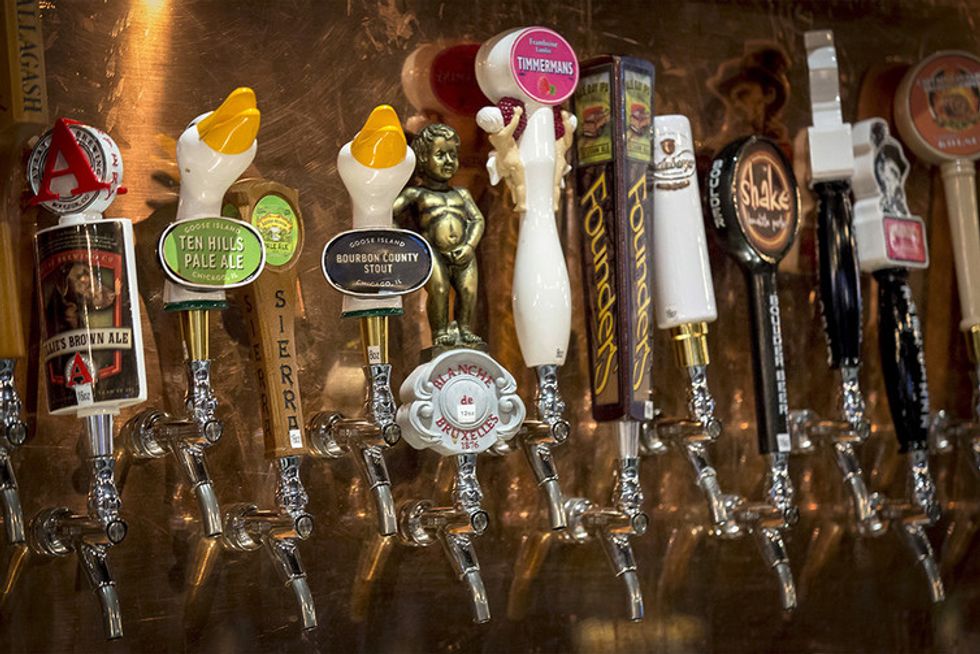 The number of craft breweries has soared in recent years.

The numbers say it all: while overall beer sales fell 0.2 percent in 2015, sales of craft surged 12.8 percent. Bigger craft brewers are building factories all over the U.S., and pipelines of expertise are flowing toward craft as Anheuser-Busch executives migrate over.

But AB InBev’s response continues to follow the “disrupted” playbook and typical strategy for mature companies: mergers and acquisitions to defend their existing space and to increase average margins through economies of scale.

Most recently, the company agreed to buy fellow behemoth SABMiller, maker of dozens of beers including Leinenkugel’s, Miller Lite and Peroni and another brewer chasing the same high-margin beers American consumers increasingly shun. Even attempts by SABMiller’s American division, MillerCoors, to create “crafty” beers are increasingly dismissed by consumers.

To make things worse for AB InBev, this craft beer movement seems to be not only spreading all over the U.S. but also the world. 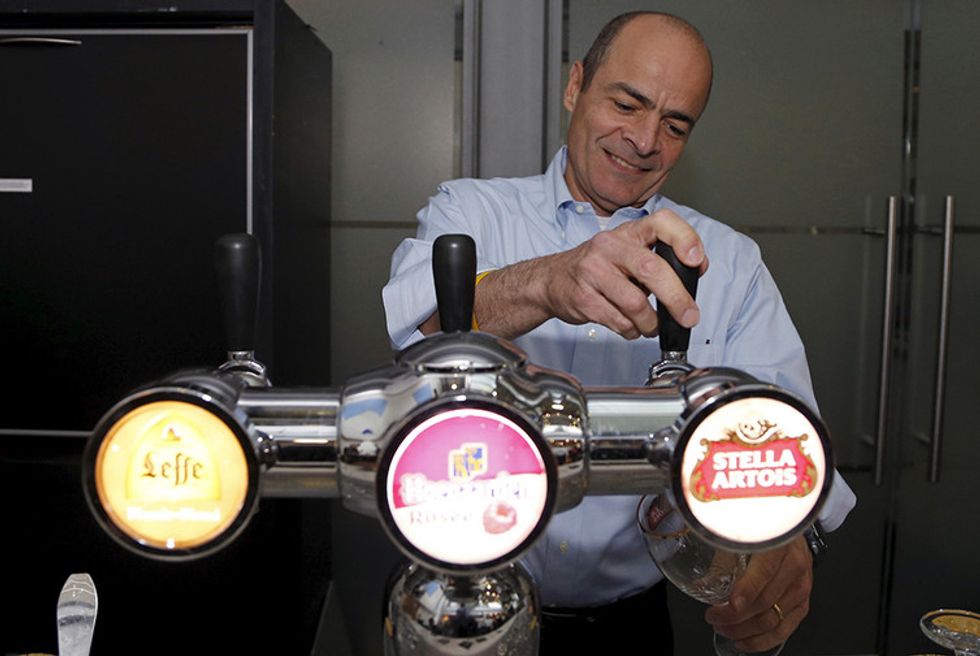 Wessell and Christensen suggest that by the time incumbent firms realize a new market disruption is occurring, it is usually too late. Even a recent craft beer company buying spree by Carlos Brito and AB InBev likely cannot stem the tide.

Case in point: its courtship of highly acclaimed Cigar City Brewing fell apart after the Tampa Bay brewer rejected AB InBev’s bid and opted instead in March to become a part of private equity backed brewer Oskar Blues for $60 million.

I was almost at the altar with someone else, but it never felt 100 percent right… It was a potentially life-changing opportunity and ultimately, I thought that I wasn’t going to be happy. No amount of money was going to make me happy.

And his customers, the ones helping drive the trends reshaping the beer industry, must be very pleased, because AB InBev’s strategies are creating a backlash. The fear is that by buying up craft breweries they’ll end up destroying what they represent.

Regardless of whether that strategy is successful, we believe this move signals a tectonic shift in the global beer industry. Specifically, craft beer has diminished big beer’s longstanding competitive advantages built on scale, distribution and laws that minimized competition from small-scale brewers.

Large breweries have now, it seems, entered a strategic decline, merging and acquiring each other and chasing profits at the expense of future customers.

In 20 years, will cracking open a Budweiser on a summer day still be commonplace? Or will it be a relic of times past? If AB InBev stays on its current strategic course, the latter, while tough to imagine now, is the more plausible scenario.