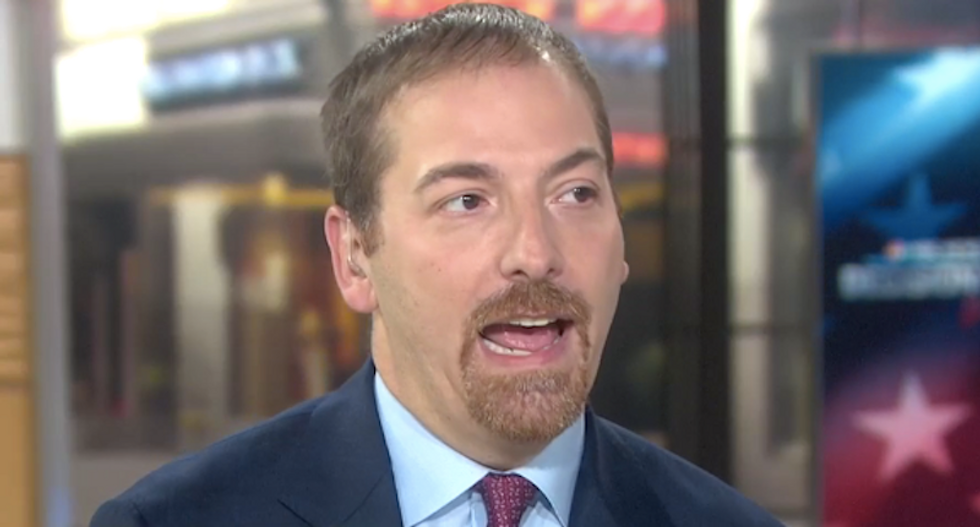 Trump knows the Clintons and even invited them to his third wedding, and the billionaire real estate developer once defended them from some of those same attacks he's now launching.

"Today" aired some of that video evidence of Trump calling Paula Jones a "loser" after she accused the former president of sexual harassment, and about 20 years ago Trump said his own treatment of women was probably bad enough to disqualify him from political office.

As recently 2008, Trump argued that the Monica Lewinsky scandal was overblown.

"Look at the trouble Bill Clinton got into, with something that was totally unimportant -- and they tried to impeach him, which was nonsense," Trump said.

Todd, NBC's political director, said it's outrageous that Trump has been able to contradict himself so blatantly -- and without any apparent consequences from voters or some members of the media.

"I don't know why people give him a pass on this," Todd said. "I mean, I asked him, I said what Trump do we believe? What you said about Hillary Clinton five years ago, or what you say about her now?"

"He has contradicted every single attack he's made on the Clintons," Todd said. "You can find sound to contradict it. It doesn't touch him."

It's not just voters and the media giving Trump a pass, Todd said.

"I think he's counting on this, that the Clintons don't want to engage him on this," he added. "So he thinks he's got free rein to do it."

But Todd pointed toward a line of attack that might ultimately harm Trump.

"If (Hillary Clinton) can make the case that, you know what, he's just like every other politician," he said. "That is the most dangerous description you can have if you're Donald Trump -- it just hasn't taken hold."