Colbert: Trump campaign is reality TV — and ‘GOP convention will be the series finale of America' 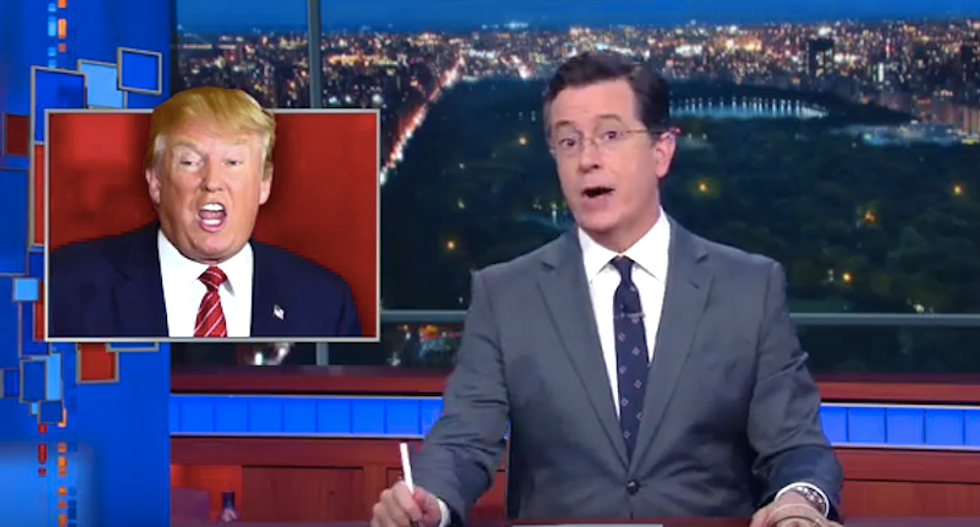 Donald Trump has been famous for decades, but he gained his largest measure of celebrity as a reality TV star on "The Apprentice" -- and he's used many of the tricks he learned in that trade during his Republican presidential campaign.

His campaign has frequently used reality TV tropes to promote Trump, and Stephen Colbert said his staffers haven't been shy about it.

Colbert pointed out that Trump was holding off on announcing a running mate until the GOP convention, because -- as one spokesperson said -- "announcing the vice-presidential nominee before the convention is like announcing the winner of ‘Celebrity Apprentice’ before the final show is on the air."

"It's an apt metaphor, because this year's Republican convention will be the series finale of America," Colbert said. "I can't wait to see the 'in memoriam' reel for liberty."

The convention will be held in Cleveland's Quicken Loans arena, which has also hosted professional wrestling matches, monster truck rallies and motocross races -- and Colbert imagined what it would be like if all of those events were combined.

"This convention might really be fun," he said, before showing a phony ad for the convoluted event.

"Monday, Tuesday, Wednesday, Thursday -- July 18-21, a four-day television event that's going to rock what's left of America," an announcer bawled. "It's the Trump Republican National Convention. There's going to be yelling, angry white men, hats with words on them. Watch Donald Trump rope and brand a naked Ted Cruz -- but that's not all. Touch real brains at Dr. Ben Carson's 'freakatorium,' and don't miss the marital cage match -- three wives enter, one wife leaves. And someone will be punched. Plus, Donald will announce his running mate, Truckasaurus. July 18-21, come one, come all -- unless you're a Muslim or a Mexican or a woman who's not a '10.'"