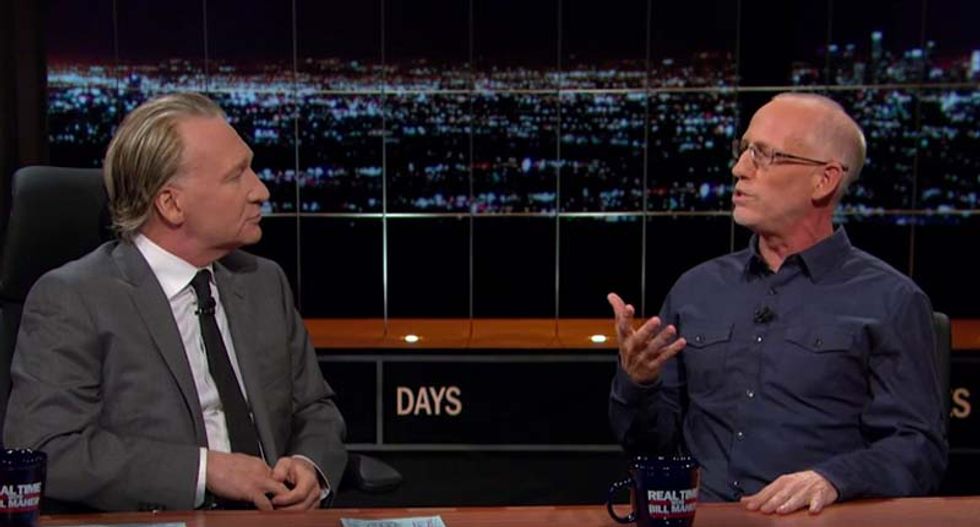 Appearing on HBO's Real Time with Bill Maher, the creator of the popular Dilbert cartoons explained to the host that presumptive GOP presidential nominee Donald Trump has done a masterful job persuading voters that he is qualified to be president when he clearly is not.

"What I didn't know about you is that you are an expert on persuasion, " Maher said to cartoonist Scott Adams. "So I've been inviting people on to the show to explain how we might defeat Donald Pumpkinhead, and tell me you thoughts on that."

Explaining that he is a trained hypnotist, Adams said he noticed Trump using persuasive techniques on audiences last summer before adding, "I thought, 'Oh my god, he's not a crazy clown.' Everything he's doing -- including his ignoring of the facts -- is persuasion perfection."

"I called him to be the landslide winner in the general election last year, because the tools he's using -- essentially he's taking a flamethrower to a stick fight -- there's nobody using the same tools he's using," Adams explained.  "So his complete destroying of facts is part of the persuasion because he doesn't give you targets, he doesn't give you details of his policies usually. So he's reducing the number of targets while making you feel good and focus on the things he wants."

The host and guest went on to discuss how Trump has "branded" rivals with nicknames such as "Liar Ted Cruz" and "Corrupt Hillary Clinton," simplifying his message for audiences more interested in insults instead of facts or details.