EgyptAir Flight MS804 crashes in Mediterranean with 66 on board 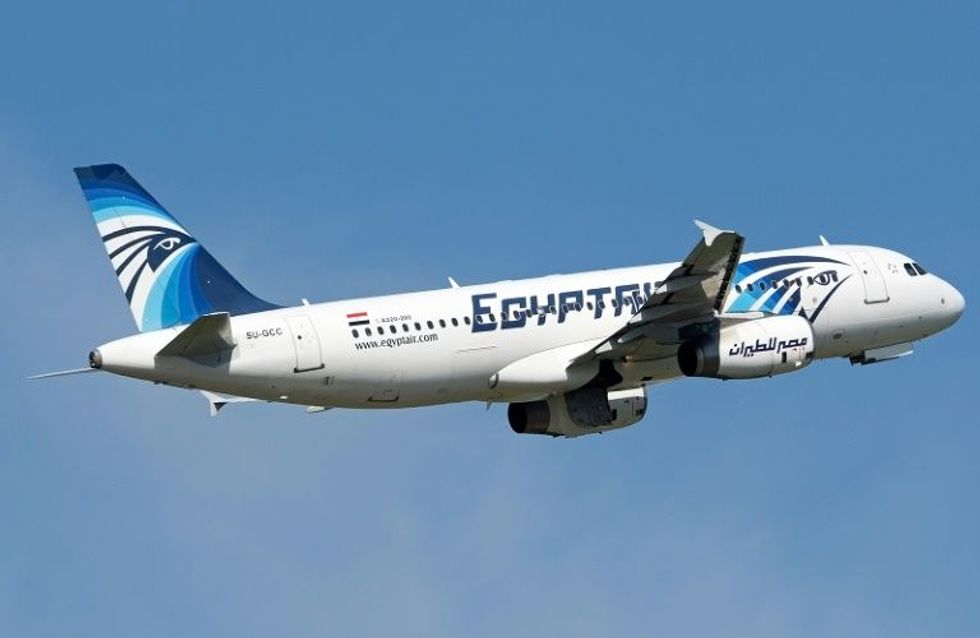 An EgyptAir flight from Paris to Cairo crashed into the Mediterranean on Thursday with 66 people on board prompting an investigation into whether it was mechanical failure or a bomb.

There were no immediate reports of the discovery of any debris in the area of sea between the Greek islands and the Egyptian coast where the plane vanished from radar screens.

But French President Francois Hollande confirmed that the plane had "crashed" and the Paris prosecutor's office said its accident department had opened an investigation.

Egypt and Greece both said they had dispatched aircraft and naval vessels on a search mission and they were expected to be joined by French teams.

Fifteen French citizens were among the 26 foreign passengers on the EgyptAir flight, who also included a Briton and a Canadian.

Both France and Egypt have come under attack by jihadists of the Islamic State group in the past year and Hollande promised a comprehensive investigation into the cause of the crash as suspicions swiftly focused on a bomb.

"We must ensure that we know everything on the causes of what happened. No hypothesis is ruled out or favoured," he said in a televised address.

"Whether it was an accident or another hypothesis that everyone has on their mind -- a terrorist hypothesis... at this stage we must focus on our solidarity with the families and the search for the causes of the catastrophe."

IS has been waging a deadly insurgency against Egyptian security forces and last October claimed the bombing of a Russian airliner flying home holidaymakers from the Egyptian resort of Sharm El-Sheikh, which killed all 224 people on board.

France earlier called a crisis meeting of top ministers as Prime Minister Manuel Valls said "no theory can be ruled out" to explain the plane's disappearance.

EgyptAir said contact was lost with the flight about 280 kilometres (175 miles) north of the Egyptian coast.

A Greek aviation source said the flight had disappeared from Greek radar at around 0029 GMT.

"It crashed around 130 nautical miles off the island of Karpathos," the source told AFP, referring to an island northeast of Crete.

Greek civil aviation chief Constantinos Litzerakos said the pilot had mentioned no problem in the last communication before the plane disappeared.

"The flight controllers contacted the pilot (with the plane) at a height of 37,000 feet (near Athens)... he did not mention a problem," Litzerakos told Greece's Antenna TV.

"We tracked the entire process from the plane's entry (into Greek airspace) to its exit, it does not appear to deviate at all from the coordinates we gave," he said.

Neither the Greek coastguard nor the navy could confirm reports that a passing ship had seen "a ball of fire in the sky".

The civil aviation chief said if there had been an explosion, any debris would have scattered across a wide distance.

EgyptAir Holding Company vice president Ahmed Adel also said there had been "no distress call" before the plane vanished.

Egyptian Prime Minister Sharif Ismail told reporters "we can't preclude or confirm anything yet," when asked if the flight could have been attacked.

Hollande called his Egyptian counterpart Abdel Fattah al-Sisi and the leaders agreed to "cooperate closely" to establish what happened to the plane.

Hollande also set up a crisis meeting of top ministers, including Valls, the foreign, defence and interior ministers, according to sources close to his office.

The passengers also included two Iraqis and one citizen from each of Algeria, Belgium, Chad, Portugal, Saudi Arabia and Sudan, as well as 30 Egyptians, the airline said. They included a boy and two babies.

Seven crew members and three security men were also on board.

EgyptAir said the plane had been manufactured in 2003. Airbus said it had clocked up 48,000 flight hours.

EgyptAir hit the headlines in March when a flight from the Egyptian coastal city of Alexandria to Cairo was hijacked and forced to divert to Cyprus, where the "unstable" hijacker demanded to see his ex-wife.

He had claimed he was wearing an explosive vest, which turned out to be fake, and handed himself in within hours after freeing the passengers and crew.

Last October, foreign governments issued travel warnings for Egypt and demanded review of security at its airports after the Islamic State group downed the Russian airliner with what it said was a bomb concealed in a soda can that had been smuggled into the hold.

The disappearance of the EgyptAir jet comes more than two years after the start of one of the most enduring mysteries in aviation history.

Malaysia Airlines Flight MH370 vanished on March 8, 2014 en route from Kuala Lumpur to Beijing with 239 passengers and crew on board, mostly Chinese and Malaysians.

Authorities believe the Boeing 777 detoured to the remote southern Indian Ocean and then plunged into the water.