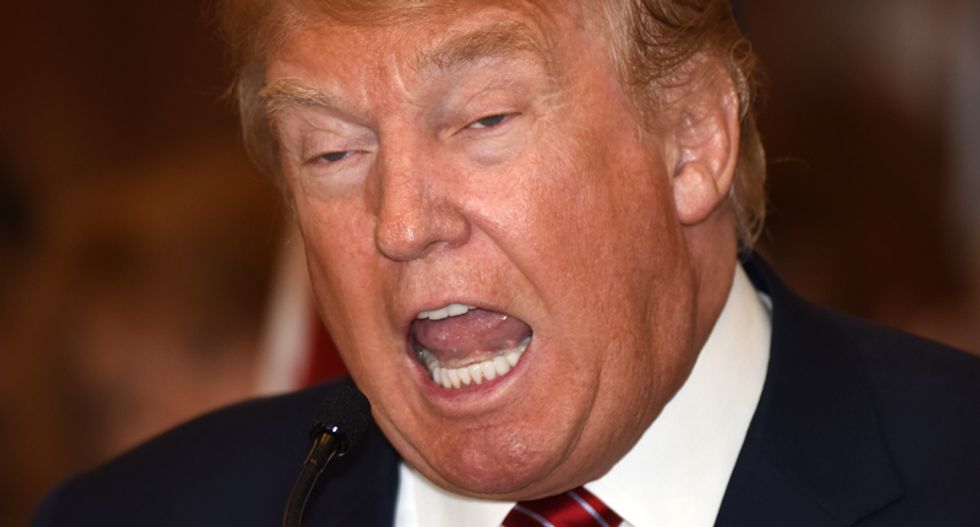 A former top aide to John McCain's unsuccessful presidential campaign said Donald Trump is so temperamentally unsuited for the presidency that even campaigning for the job could drive him insane.

Mark Salter, who worked for the Arizona senator's 2008 campaign and co-authored his books, discussed his intense dislike of Trump during an interview with Politico.

“He’s just an assh*le,” Salter said. “I mean, you don't want a guy like that for a neighbor, for a friend, for a member of your church, for a colleague, for a boss. You wouldn’t want — really, you wouldn’t — you know, if he had a flat tire, you wouldn’t pull over and offer to help.”

Salter pointed to Trump's comparison of trying to avoid venereal disease 1980s to the Vietnam War as an indicator of his character.

"It just shows you what a vainglorious, foolish, ignorant, low-character, bum of a guy Trump is," he said.

Salter said he's confident Trump will lose badly, obviously and early -- and he said that realization will psychologically destroy him.

“He’s going to lose, and I think he’s got kind of an unstable personality to begin with,” he said.

“I think he could come apart, you know, in some kind of visible way,” Salter continued. “I think that's quite possible. I'm not a psychiatrist, but there is something wrong with [the] guy.”

Salter, who is backing Hillary Clinton in the 2016 campaign, admits to his own role helping voters accept a candidate so plainly unqualified for the office he seeks by rushing the vetting process and selecting Sarah Palin as McCain's running mate.

He seconded the last-minute decision to add Palin to the ticket, which he agrees might have opened the door for Trump.