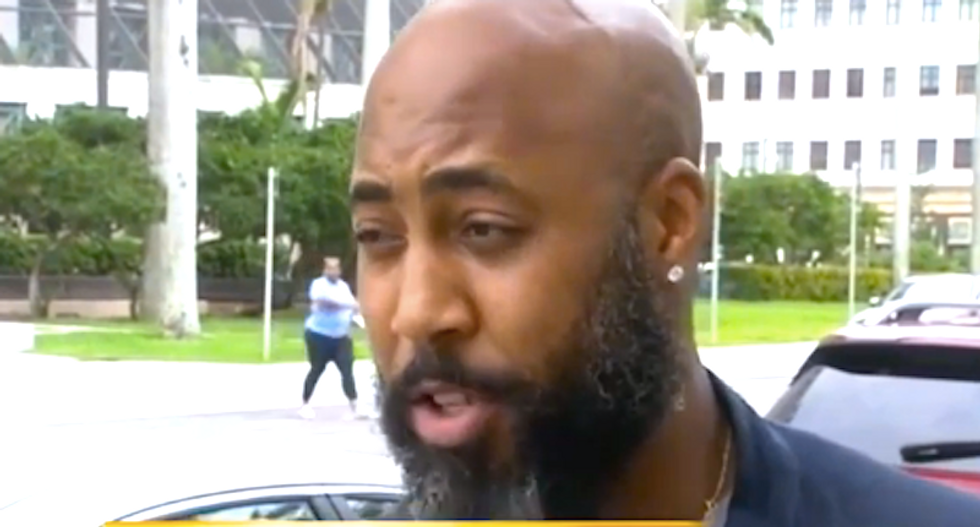 A Florida teacher said he lost his job after making a joke about Donald Trump on an exam he gave to high school students.

Officials at Palm Beach Lakes High School said they've been hearing complaints from other teachers for months about Malik Leigh's curriculum, but his year-end exams were particularly problematic, reported WPBF-TV.

Administrators cited three questions when they decided not to renew the teacher's contract, even though the exams were never even distributed to students.

Leigh asked students a multiple-choice question about what would happen if Trump were elected president, and the answer to three of the choices was "screwed," while a fourth choice was, "screwed behind a really YUGE wall that Mexico pays for."

Another question involved the police shooting of Corey Jones, while another asked students about appropriate behavior for lawyers during opening statements.

He asked whether lawyers should "wink at the judge," "find the hottest person on the Jury and focus your words on them," "speak to them as if they are cordial friends" or "treat them like the MORONS they are."

Lehigh submitted the exams to administrators for approval, as district policy requires, and the superintendent said they were rejected.

“This is an absolute no-no," said Superintendent Robert Avossa. "We send out information to our teachers regularly about staying away from individual political parties."

Lehigh, who teaches law to freshman and sophomore students, said the questions were intended to be humorous, and said the Trump question was a "gimme" to help students.

“If anyone gets offended, well, you kind of had to be there,” Leigh said. “You're just upset you weren't in on the joke."

He said he was only trying to entertain his students.

“You have to have fun in a class, especially a law class,” Leigh said. “It can be boring, so I pulled some of the jokes that go on during class."

Leigh was placed under investigation by the Office of Professional Standards and assigned to work at home in the meantime, and he's been ordered to stay away from campus.

The teacher said he was considering legal action over his termination.