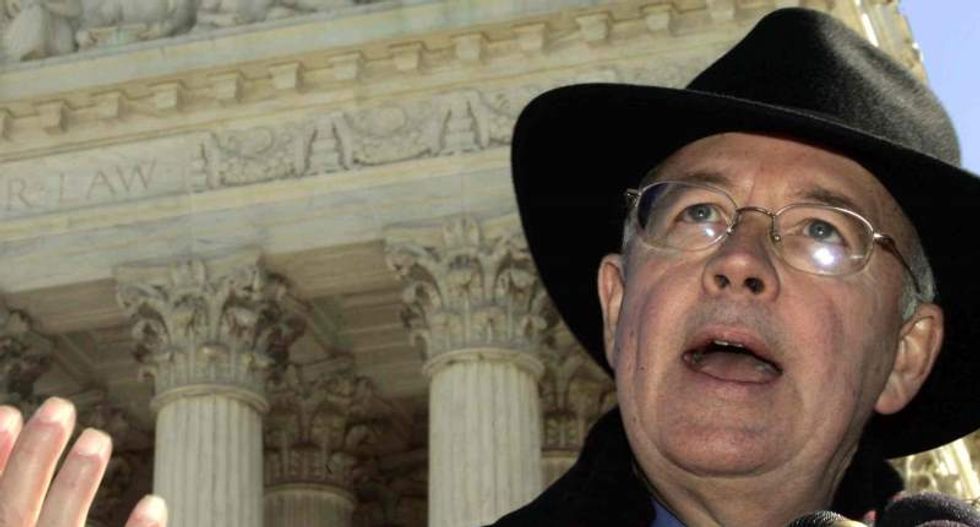 Kenneth Starr speaks to the media after arguing a case on student free-speech rights before the Supreme Court in Washington on March 19, 2007. (REUTERS/Molly Riley)

Baylor University declined to comment on reports on Tuesday that Kenneth Starr, the former independent counsel charged with investigating Bill Clinton during his presidency who is now the president of the world's largest Baptist college, has been fired over sexual abuse scandals at the school.

In the past several months, Baylor has been under fire on charges of doing too little to investigate reports of rapes by its male athletes of female students at the university in central Texas.

Local TV broadcaster KCEN reported on Tuesday that Starr had been fired, citing sources close the Board of Regents.

"We will not respond to rumors, speculation or reports based on unnamed sources, but when official news is available, the University will provide it. We expect an announcement by June 3," the school said in a statement.

In March, a former student at Baylor University brought a negligence lawsuit in federal court in Texas against the school, claiming it acted callously and indifferently after she was raped by a Baylor football player.

In a separate scandal, Baylor football player Sam Ukwuachu was sentenced last year by a Texas judge to six months in jail for sexually assaulting a fellow student in 2013 in an incident that raised fresh questions about how the school investigates sexual assaults.

The judge in the trial deemed the school's investigation so insufficient that he barred defense from citing it.

Following that case, Baylor asked for an independent investigation of how it has handled accusations of sexual assault on campus. A report, yet to be made public, was recently submitted to the Board of Regents, the group that can fire Starr.

Starr became the 14th president of Baylor in 2010.

Starr, a former appeals court judge, in the mid-1990s was appointed as a special counsel to investigate then President Clinton over a real estate investment and other matters.

Starr's investigation widened to include Clinton's sexual relationship with White House intern Monica Lewinsky, and led to Clinton's impeachment by the House of Representatives.

But Republicans could not muster the two-thirds majority in the Senate needed to remove Clinton from office. Republicans later were punished at the polls for what many of them conceded was a perceived overzealousness in pursuing Clinton.