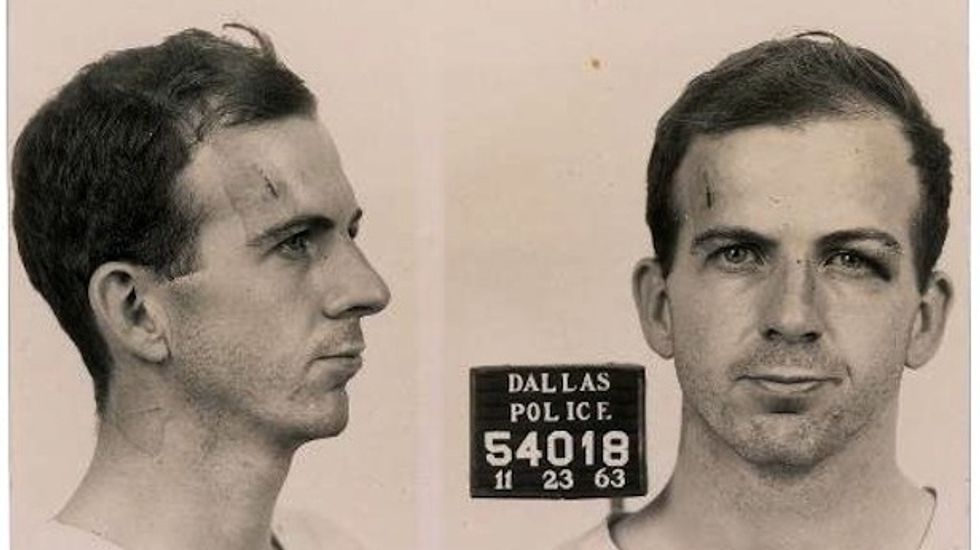 The famous photo of Lee Harvey Oswald holding the rifle he would later use to kill JFK was recently confirmed by forensic research to be authentic. At the time of his arrest, Oswald told the Dallas police that it was a fake, part of an effort to frame him. Since then, people all over the world have produced a small mountain of “evidence” to support this thesis.

This new authentication should put these conspiracy theories to rest. In reality, it will change nothing. Those who want to believe will in all likelihood cling to their theory with the certainty of religious faith. Their usual response to new facts is either to claim they’re false, question the motives of those behind them, or try to fit them into their own worldview.

The truth is not enough

Police, academics, and other experts have been dissecting the JFK conspiracy arguments for years without making much of a dent in their armies of loyal adherents. Tenuous facts and half-truths are pieced together, and leaps in logic are made every time a new piece of evidence emerges that doesn’t fit the conspiracy narrative. 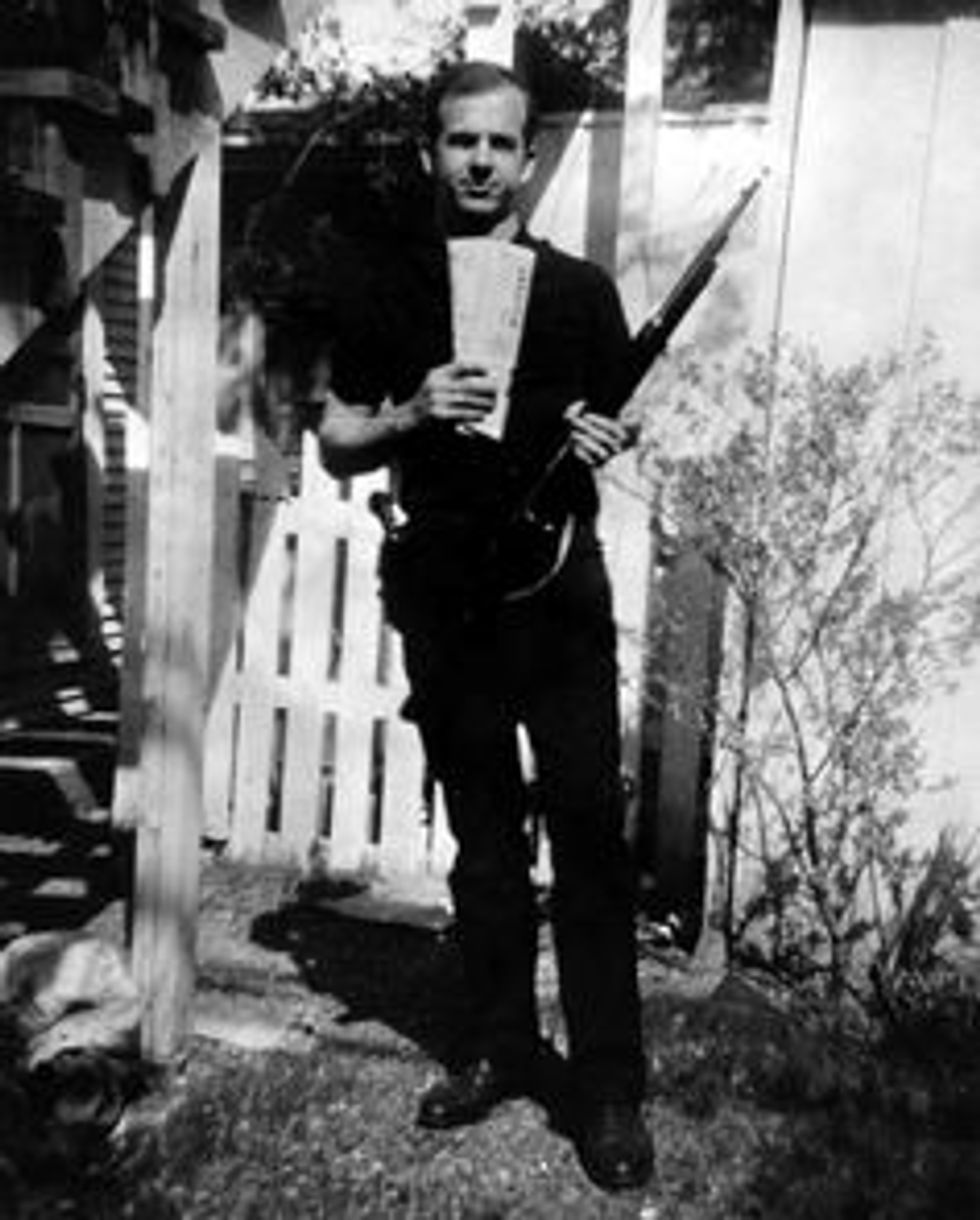 Confirmed as genuine: Oswald with the murder weapon.

Even today, many of the same old arguments are trotted out in defence of the idea that it was a vast and sinister conspiracy: that a single shooter could not have made the kill; that Oswald was a bad shot; that Oswald couldn’t have fired so many shots in that time. The list goes on, and on.

This irrationality follows a familiar pattern. A few years ago, Barack Obama released his long-form birth certificate in response to accusations that he had been born in Kenya.

But many of those involved in the so-called Birther movement immediately declared it a fake. They’d been claiming for the best part of two years that Obama had resisted making his birth certificate public because he had something to hide. When it was produced, they promptly decided that its existence was confirmation that they were right all along.

No place for reason

This is why the conspiracy theorists who believe that Oswald was set up, and that JFK was in fact murdered by some combination of the mob, the Cubans, the Teamsters, the Soviets, the CIA, the military and Lyndon B Johnson, will continue to believe this no matter what. To paraphrase Jonathan Swift, you can’t reason someone out of a viewpoint they were never reasoned into in the first place.

Conspiracy theories appear to be on the rise with seemingly more people willing to believe in them than ever before. Going on the current evidence, it seems that the US is more susceptible to this unhealthy fixation than many other countries. This was something observed by Richard Hofstadter, the famed historian, in 1964, when he referred to the “paranoid style” in American history, an attempt to explain this phenomena.

Since then a variety of explanations have been advanced to account for why conspiracy theories are so embedded in the US’s political culture. One is simply the fact that America was founded on a conspiracy, with the Founding Fathers plotting together to overthrow the British colonial regime. A fear of tyranny and government overreach has been part of the political culture ever since.

It’s often forgotten that after the revolution the Alien and Sedition Act was passed by the Adams administration to persecute his political enemies. For many Americans, government should either be suspected or feared.

Equally, the mainstream media has fed this paranoia. The past few decades have seen a steady stream of movies and TV shows based around conspiracy theories turning out to be true. The most obvious example is the X-Files which repeatedly told viewers that “the truth is out there”.

Is the truth out there?

The most famous film on the subject of the Kennedy assassination is probably Oliver Stone’s JFK from 1991. While entertaining, it does take tremendous liberties with certain details. For instance, one sequence of the film shows a shadowy figure faking the photo of Oswald holding the gun. Who this figure is, who they work for, and what their motive is, is never established and this sums up the main problem with Stone’s work. It doesn’t always makes clear what are hard facts, what is conjecture, and what is entirely invented for dramatic purposes. 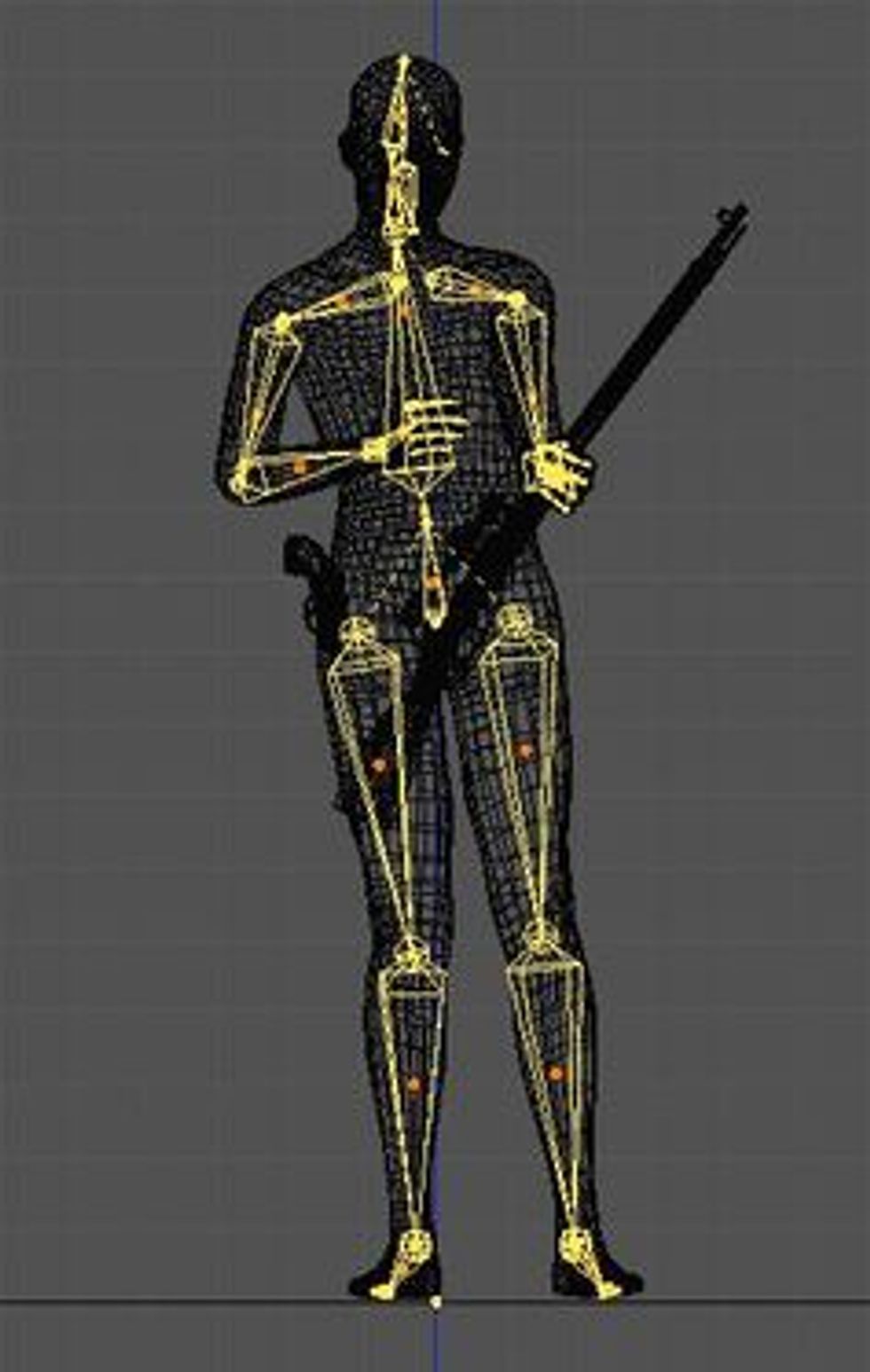 Even the news media isn’t immune from this madness. Some TV stations and media commentators skate uncomfortably close to giving such theories a credence they don’t deserve.

Unfortunately, conspiracy theories always sell, and as competition for ratings increases, it’s easy to see their attraction for the unscrupulous. In a country where freedom of speech is venerated as the most important right, it’s perhaps no surprise that some would take it to extremes, giving a platform to anyone with an opinion and a product to plug.

The internet also plays a powerful role. It’s created a maze of echo chambers where people only hear what they want to hear. While previously those wanting to believe were largely isolated within their communities, they can now gather together online in their thousands to share ideas and theories. This leads to conspiracies being spread across the globe, each time being modified and amplified. The creator of the theory then takes the fact that everyone else is talking about it as evidence that there must be something in it.

Finally, there is the inescapable fact that sometimes this distrust of government is rooted in good cause. The shock of the Watergate revelations and the Iran-Contra scandal still reverberate throughout the American political psyche. More recently we were taken into the War in Iraq on the basis of at best faulty intelligence, at worst a lie.

As a result, it’s perhaps not unsurprising that people are much more willing to believe in conspiracies to explain the complexity of modern life. However, those who believe we never went to the moon will never change their minds, neither I suspect will the Kennedy assassination conspiracy theorists.