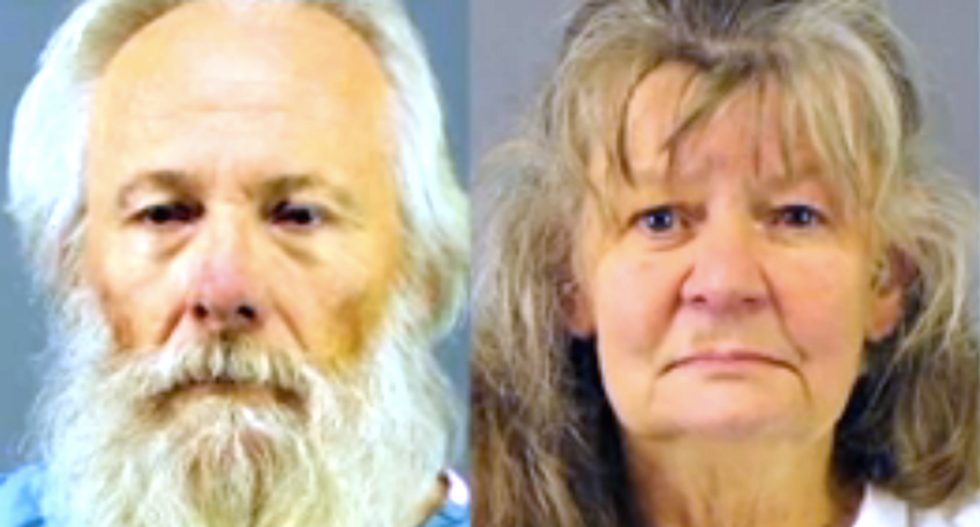 Prosecutors have been reluctant to call a New York church whose members have been charged in the beating death of a teenager a cult -- but experts say that's exactly what it is.

Bruce and Deborah Leonard have been charged, along with four other members of the Word of Life religious sect, in the beating death of their son, 19-year-old Lucas Leonard, and the severe beating of their younger son, 17-year-old Christopher Leonard.

The older teen died in October from injuries suffered to his stomach, genitals, back and thighs after family members dropped him off at a hospital in New Hartford, and the younger boy was treated for similar injuries and survived.

The church's pastor, Tiffanie Irwin, and her mother, Traci Irwin, were charged in the beatings about a month later.

Prosecutors say the Leonards and other church members brutally beat the brothers in the sanctuary room for hours after they told church leaders of their intention to leave the Word of Life Christian Church.

Investigators said the church's pastor lied to her followers and claimed the teens had sexually abused their younger siblings and brothers over several years, and church members beat the pair with their fists and electrical cords.

Lucas Leonard died after bleeding out from a cut caused by an electrical cord he was whipped with, and his brother required surgery for his severe injuries.

"When Lucas was brought to hospital, his father told police officers at the scene that his son was a pedophile and child abuser," said Lt. Timothy O'Neill, of New Hartford police. "It was very accusatory – not the typical reaction of traumatized parents who have lost a child. Typically they are demanding for answers and justice."

Prosecutors have so far not described the church as a cult, but a former member revealed to People magazine that church leaders used cult-like tactics to control members' lives.

Nathan Ames, a former Word of Life follower, said church leaders are "controlling" and "mentally abusive," and he said church teachings forge "bitterness and hatred" and pit relatives against one another.

Those tactics are characteristic of cults, said one expert who studied the church.

"Most cults are small, family-based groups like this is, with members who're largely related," said cult expert Rick Ross.

The late Jerry Irwin founded the church about 30 years ago, but his daughter took over as pastor after his death.

Ross said the elder Irwin portrayed himself as "an omniscient, omnipresent leader," and he "controlled the group like a dictator, with an iron fist."

He said Irwin, and then his daughter, used "thought reform" and "coercive persuasion" to control church members -- and he said the Word of Life Church, like most cults, "existed solely for the benefit" of its leaders.

A former member told the Daily Mail that Irwin "wanted to serve God" and was often a kind person, but he said the church founder had "demons that tormented him."

"He was a very paranoid person," said former member Gregory Ames. "He was paranoid of the whole world -- everything was a conspiracy."

Ames said the church became more focused on money around 1993 after Irwin purchased a former school building, where children were indoctrinated into religious teachings but barely educated -- and where Lucas and Christopher Leonard were brutally beaten.

The church had dwindled to about 20 members in recent years, from a high of about 50 members, and Ames said Irwin's children were not properly taught how to wield the power they inherited after their father's death.

"The children weren't taught how to handle those demonic forces," Ames said. "You've got a Jerry – but much worse than Jerry."

"The next generation - they were into the physical," he continued. "Say you look at a tree -- its branches, its leaves and you say, its an apple tree -- and everything shows you it is an apple tree. But then the fruit that comes out and they are oranges -- the fruit doesn't match the tree. You know people by the fruit of their actions, and when the roots aren't in the right place."

Prosecutors have offered plea deals to most of the accused assailants, but only one -- the teens' 60-year-old mother, Deborah Leonard -- has accepted the offer.

She pleaded guilty late last year to assault, and sources told People she would likely testify against her son's accused killers when they go on trial beginning next month.